The best dramatic movie about BBSes was created not in the 1980s, but last year, 2005. And it wasn’t a movie, it was a TV series. And it wasn’t made in the United States – it was made in Japan. 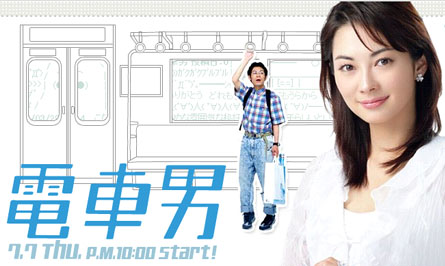 It’s called Densha Otoko (Train Man), and in my opinion it is the best dramatization of using a BBS, ever, in a visual medium.

The story itself is pretty simple: an otaku (fan boy), who lives an OK life with his figurines, movies, idol worship, and anime, sees a girl being accosted by a drunk on the subway, and stands up to protest. This gets the attention of others in the subway car and the drunk is wrestled away, saving the girl from an assault. The girl is not wearing her contacts, and doesn’t notice what an intense nerd the otaku is, and asks for his address to send him a thank-you. From this, a friendship/romance blooms, and with the expected ups and downs that come across the next 11 episodes.

Since he has absolutely no experience with women who aren’t untouchable idols or figurines, the otaku turns to the only place he has to get advice: a web-based forum, where dozens of posters get together to help him learn on his feet about life, love, and where to get a haircut.

The genre is called J-Drama (Japanese Drama), and has its own conventions that might seem weird or annoying to american viewers used to the raising-eyebrow-smirking school of american dramatic films, but one thing can’t be misunderstood: this thing was a hit. 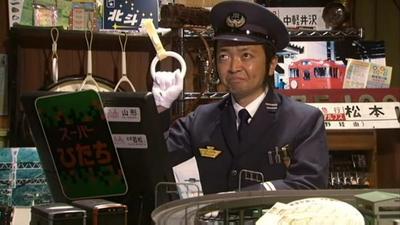 It was based off of a book with the same name, which simply printed all the web forum messages in order, so you would read it and over time you’d get the same story, without it being played out visually. So all the different personality types and interactions of a BBS came out in this book, as you read along. And the book was supposedly based on a true story (not that I have any way to check on that), and sold many, many copies. A project to translate this book into English is here. 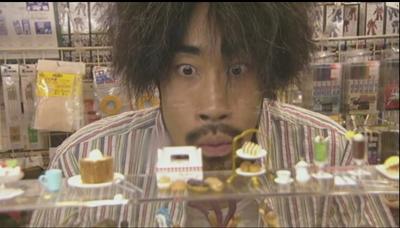 First of all, the creators did a very smart thing; they cast dozens of people to play the web forum posters. They recorded hours of each of them, surrounded with their various environments and props, just reacting. No words, no saying things out loud, just reacting. Then, when editing these scenes into the show, you could get a montage of reactions, one after another, flooding the screen. It’s overpowering; people all reacting one after another, all staring into screens, adding their bit to the conversation; it’s what I was shooting for in my film and they do it so much better (since, obviously, it’s a dramatic piece).

Second of all, the BBS is not just a cheap device like someone being able to fly or grant wishes; over time, Densha’s story causes other people in the BBS to change their own lives, inspired to take that extra step, pick up the phone, or look at life differently. And as an extra cute step, some of the people’s lives intersect directly into Densha’s life (as others find out about the BBS and his postings on it). 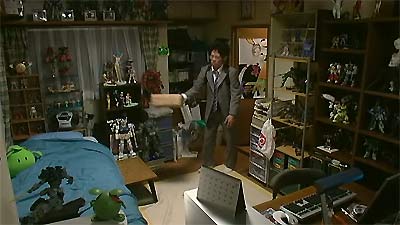 I was first told about this series from RaD Man, who himself first heard about the series because one of the characters is an ASCII artist and posts text-based artwork on the site throughout the series (and even has his own sub-plot). He kept wanting me to see the “ASCII movie” but of course it’s actually a BBS movie, a fantastic one.

At this point, you either want to see this thing or you want to run far, far away. I can say that it’s pretty easy to find this thing to download, and get subtitles for, and all the rest. And I can also say that the television series is absolutely rife, overrun, with fan references and commentary, nailing a lot of what I like about the Otaku ideal. It is a very well-done series, and, again, the best BBS movie ever made.

By the way: From the success of the TV series, there was an actual movie made, but it’s not that good. It was shot, edited, and released in about 60 days, and it completely shows. Also, the main character starts out shy instead of ugly and shy, along with a host of other flaws. Ignore it. The TV show, with its dozen hours of opportunity for exposition, is the way to go.