On the first of this year, I posted an entry about my plans for 2016 with cutting back and getting healthy. I’ll be travelling on June 1st and probably won’t have time for a half-year update, so let’s do this now.

On the personal health front, which was important and more so than anything else, there have been great strides. I looked like this in December 2015: 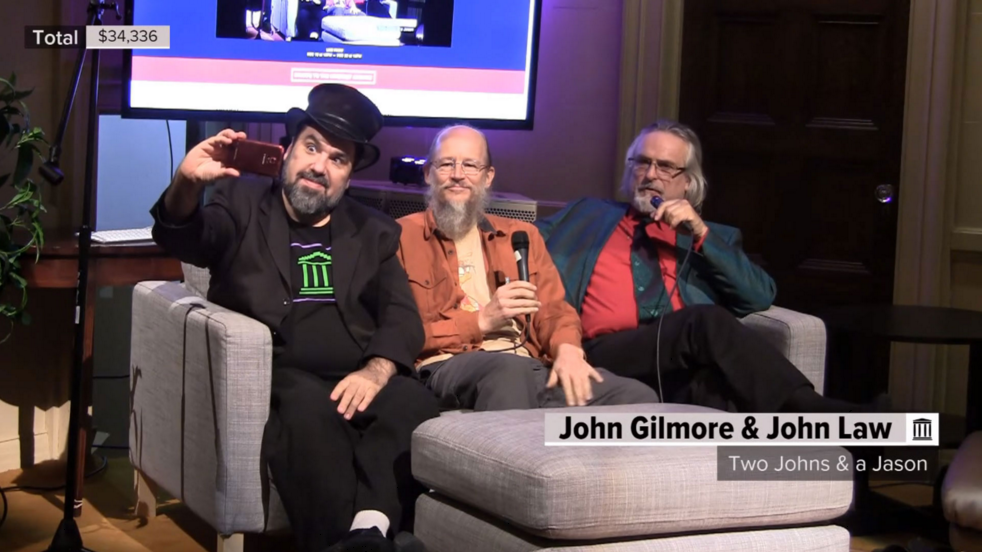 Well, I looked very lucky as well as overweight. Probably 240-245 in that shot. 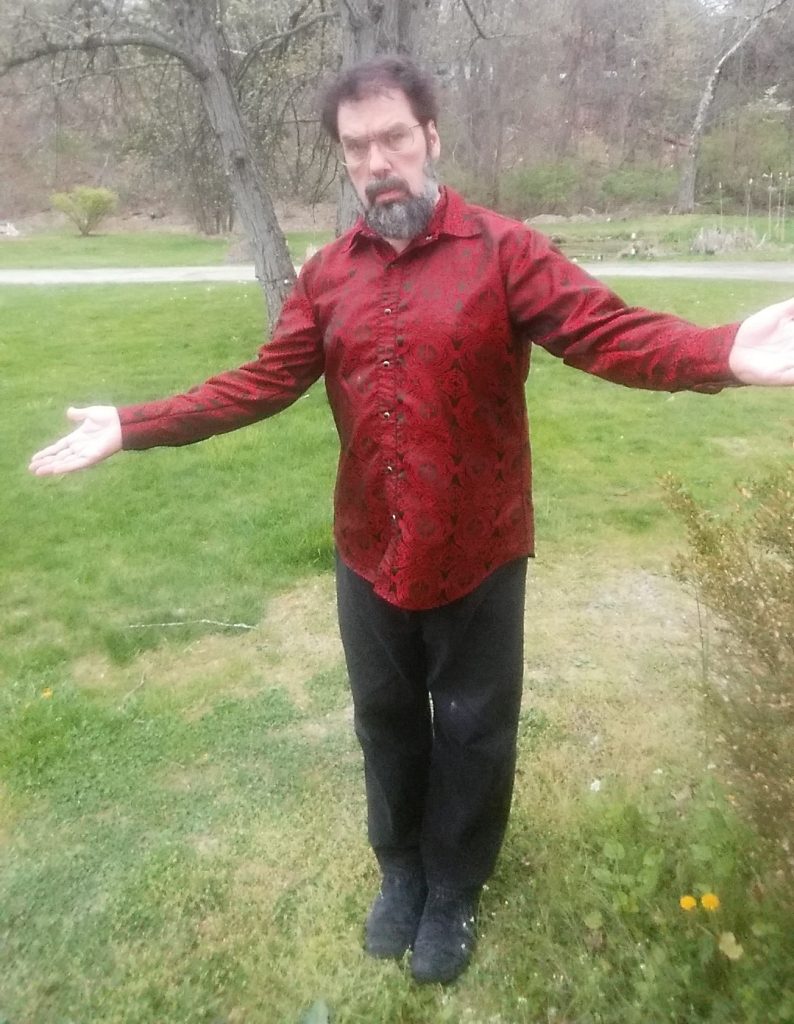 The difference is palpable. The last time I weighed 210 pounds, I was 36, so that’s about a decade ago. I feel the different walking, I can feel it on my face, and I have slightly more energy. My waist size has gone from 40 to 36.

As promised, I can wear more and more flamboyant clothing with no tightness: 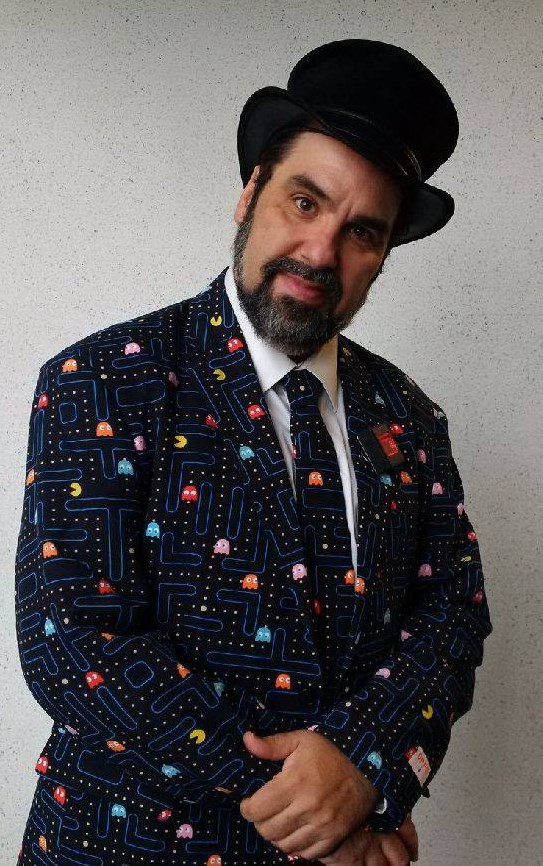 I snore less, and I definitely have somewhat lower blood pressure, although I still need the drugs that keep it in check. So, at the half-year mark, the strides are really on schedule where it comes to weight.

As I mentioned, a lot of this is I’ve cut every drink out of my life but water and seltzer. I went pretty low carb, avoiding everything for which sugar is the main ingredient. A lot of meat. A lot of cheese, and then I stopped eating cheese except as an occasional part of some meat I was eating. No bread, obviously. And then, after a while, I started getting away from massive portions. Snacking dropping down. Occasionally having something off this regimen, although seriously avoiding anything non-seltzer and non-water-only, because I no longer believe Diet anything is anywhere further than some sort of lie. And as for water/seltzer, drinking a lot of it – gallons a week, probably.

I’ve held up on this, and went through it in stages, until it became part of me. I do not miss anything except maybe ice cream and I don’t attempt to build mountains of food when I do eat. I also am mentioning all this here but don’t really bring it up unrequested in conversation. (Some people wonder what happened, which is the best question to ask.)

This is not my goal weight. My goal weight is likely around 190-195. I don’t think my body type can sustain anything lower without using some pretty radical methods/approaches, and I’m not prepared to do that. I was 200 in college, so 195 is probably it.

I’ve also not started a significant physical fitness regimen, because I didn’t want to do that until I was hauling a lot less weight. So walking will increase, and I intend to keep the numbers way up on that. In other words, I expect the second half of this year to have slightly greater difficulty over the first half. But the first half has been very satisfying. 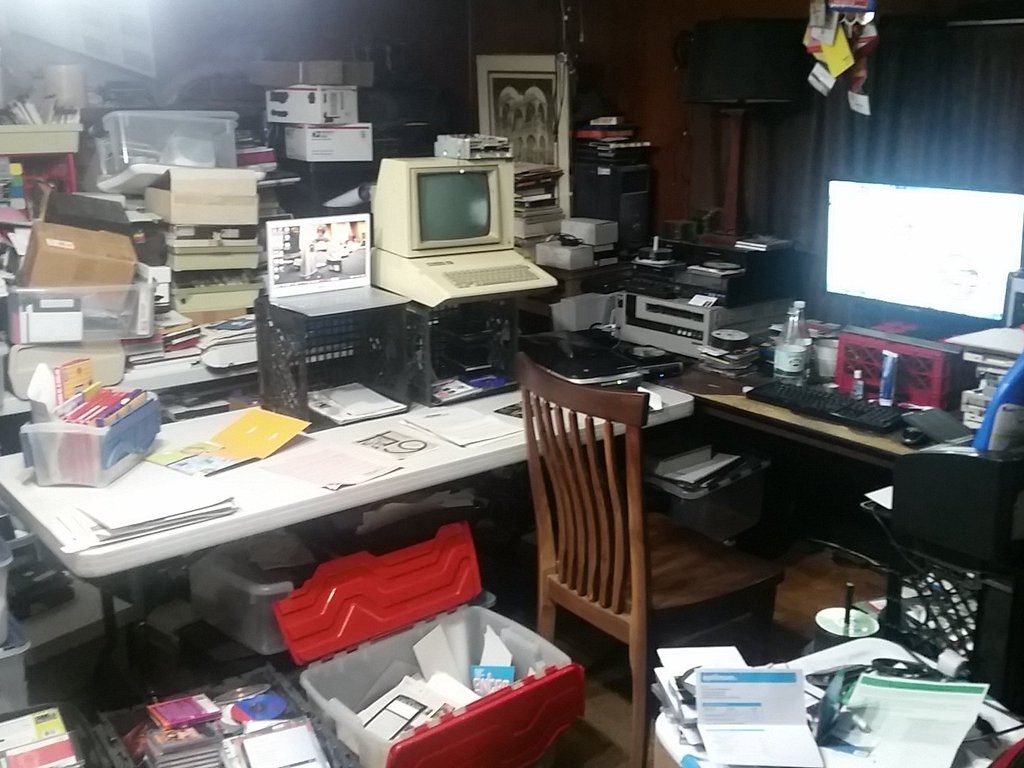 The other part of all this has been divesting myself of materials, both from the Cube and from my office, into homes and warehouses and groups it should be. To this extent, let me say that I have given away or sent away a third of everything I own. I have, and continue to have, too much stuff, but it’s going along well. What you see above is me setting up a scanning and ingestion station to blow through materials and get rid of them. Here it is a while later: 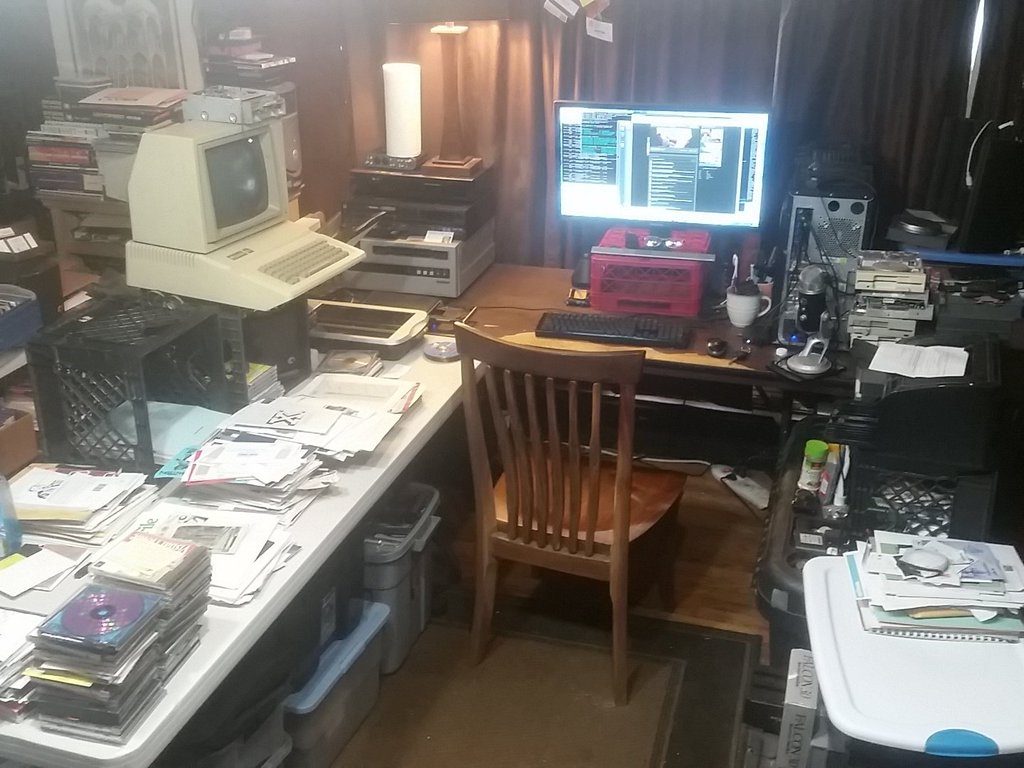 Lots gone, lots scanned, and more to come. I’m just trying to get through everything as absolutely fast as possible, get it online, handled and out of my life. I want it on the Internet in some way or another, and the materials stored in proper homes. This is going slower than I’d like, but it’s because I didn’t really understand exactly how much stuff I had. I had way too much.

So many boxes are going in many directions. For example, I sent 750 POUNDS of Wired magazine to a group. I’ve sent about 10 boxes of videogame systems to another. I’m sending t-shirts to another. And so it goes. This will take the rest of the year, done right. I’d love to be rid of the cube as soon as it makes sense to try.

Finally, after a trip I’m taking in June, I’m going back to the documentaries, renewed and with a lightened load, both personally and physically. It’s time to finish those up.

So yes, I’d say 2016 is going along well so far, regarding these factors at least. 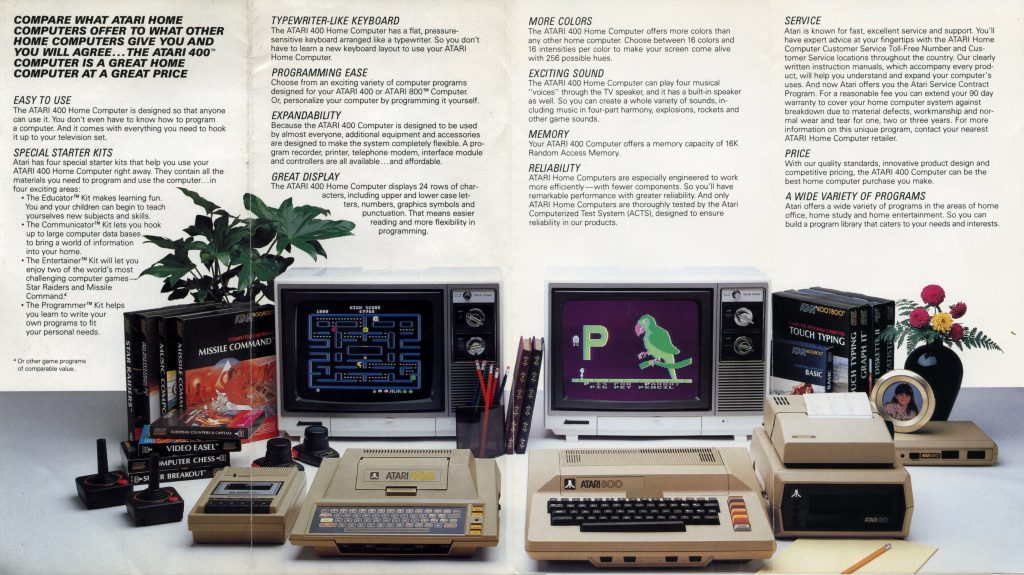