There’s been a secret feature on the DOS-related emulated programs on the Internet Archive. It’s been there for over a half a year now. I’ll explain what it is and why I didn’t trumpet it.

Internet Archive made thousands of games available on MS-DOS last year, it got an awful lot of press, and it got an incredible amount of visitors – well into the millions. Through the year of 2015, certain games got more attention than others, and many more got a few ardent fans, but most importantly, emulated programs bounced into the general populace in ways they hadn’t before. 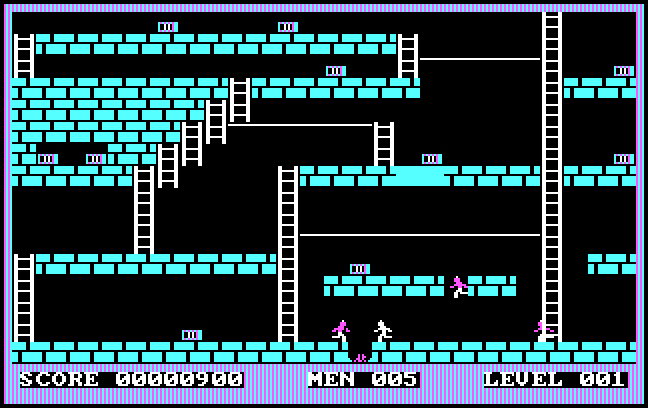 Emulation was and is used by many, many people, both intentionally (by running Emulators they’ve downloaded) and unintentionally (using a lot of applications and systems that have little tiny emulators in them to run certain programs with little change). But we’ve not had as many people who are shown a program that runs in a window and then told “Just use it, it’s an emulator, we’ll work out the details.” They know or they don’t know much about the emulation system beneath it, but the knowledge is heavily optional.

But along with this explosion of use came an unexpected (except in retrospect) situation – people were unhappy they would lose their saved games.

They were unhappy they would lose their saved games!

To people who know exactly what’s going on (this is a Javascript application running an emulation of a system inside of a browser window), the sadness is understandable but also laughable as a solution set. Of course you can’t save your games! They’re not some actual thing playing on your operating system. They live inside a window. You might as well be sad you can’t crane your head to one side of a video playing and see what’s behind the left border of the player window.

But we got a lot of complaints about it.

So we fixed it.

Through the work of multiple people, including John Vilk, DFJustin, bai, db48x, and other contributions, the BrowserFS extension that JSMESS/Emularity uses can maintain filesystems across sessions, in the LocalStorage API.

It’s been doing this for six months.

Complaints about saved games have dropped to zero. Every day, dozens (occasionally hundreds) of people are playing long-term role-playing games or ongoing arcade games and shooters, saving off their games where the system provides that as an option, and they they come back later and pick up where they get off. It just works.

Want to try it out? Here’s a nice weird one. Using VEDIT, a rather obscure DOS-based text editor from 1992, made by Greenview, Data, Inc. It’s the demo version of the word processing program, but that’ll be fine enough.

If you go to the page for the program, you’ll be able to boot the emulator.

Within it, you press any key to get to the editing window, enter anything you want, and then press F10, which will give you a glorious retro drop-down text menu. From there, you can save whatever you type into a file. (Or, you can press ALT-S and ALT-Q, which is the same thing.)

You have now saved a copy of the file away on the virtual filesystem of the emulated program. Why not announce it?

Well, for one thing, it’s slightly confusing. Right now it only works on our EM-DOSBOX emulations, because the way that MAME/MESS handles filesystems is notably different (although who knows, we might come up with a solution in the future).

Another is that there’s no quality check, per se. The BrowserFS plugin has plenty of testing, but this whole environment is off the wall. We’ve done as much testing as we can, from a lot of different approaches, but I don’t believe in announcing this feature as a guarantee. You might still lose your games. You might have a blocker, run in private mode, or clear out cookies using some way you don’t know. Poof goes the saved data.

But I’m mentioning it, primarily, for one reason: There are still people who think Emulation is not a solution, or think it’s not ready, or think there’s some other magical, scalable, universal solution to having people interact with this old data.

And people playing endless games and programs all throughout the world for half a year, without giving one thought to the fact they’re saving their games “somewhere” and coming back to play later, is a very large army of proof.