When I can feel my face again, and after I finish cleaning up my untouched-for-a-week life up in New York, I will sit down and write a proper Post-mortem of everything, but here’s the high level news. 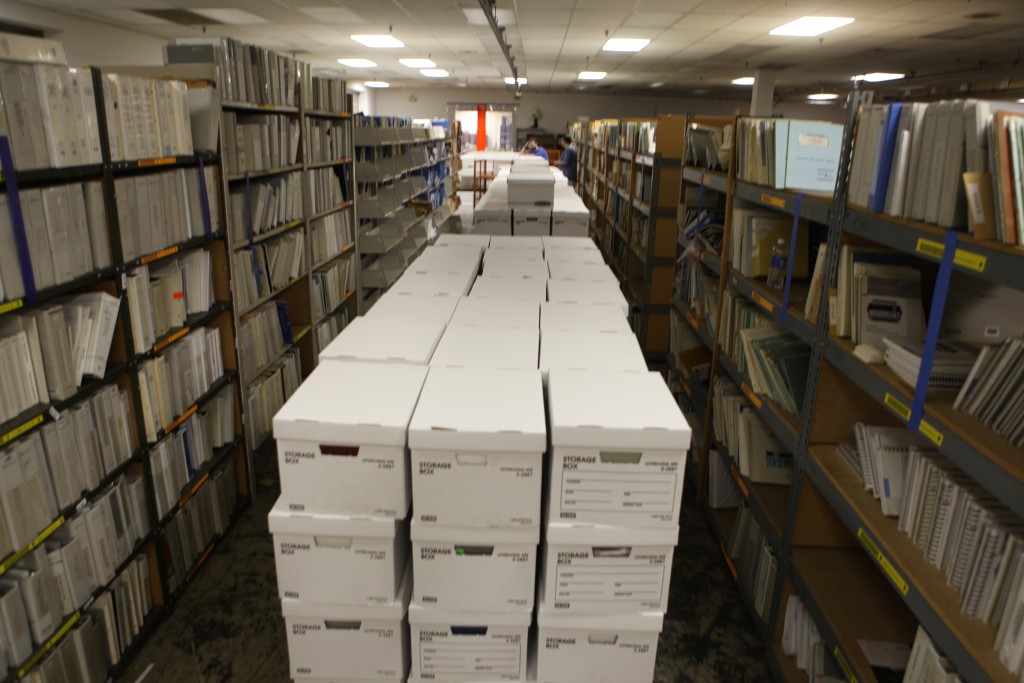 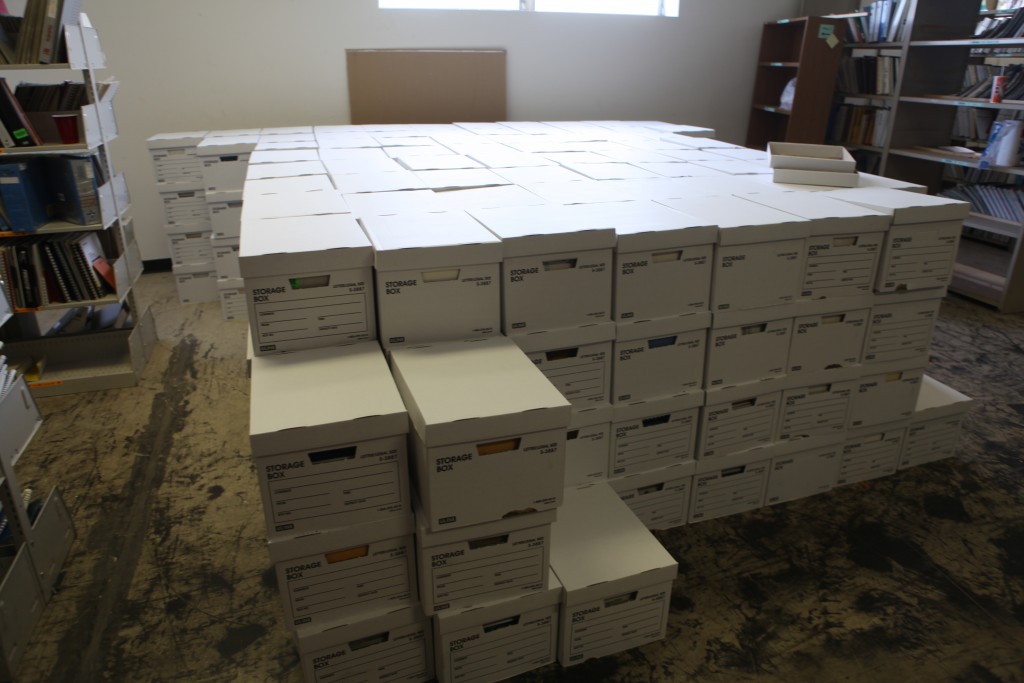 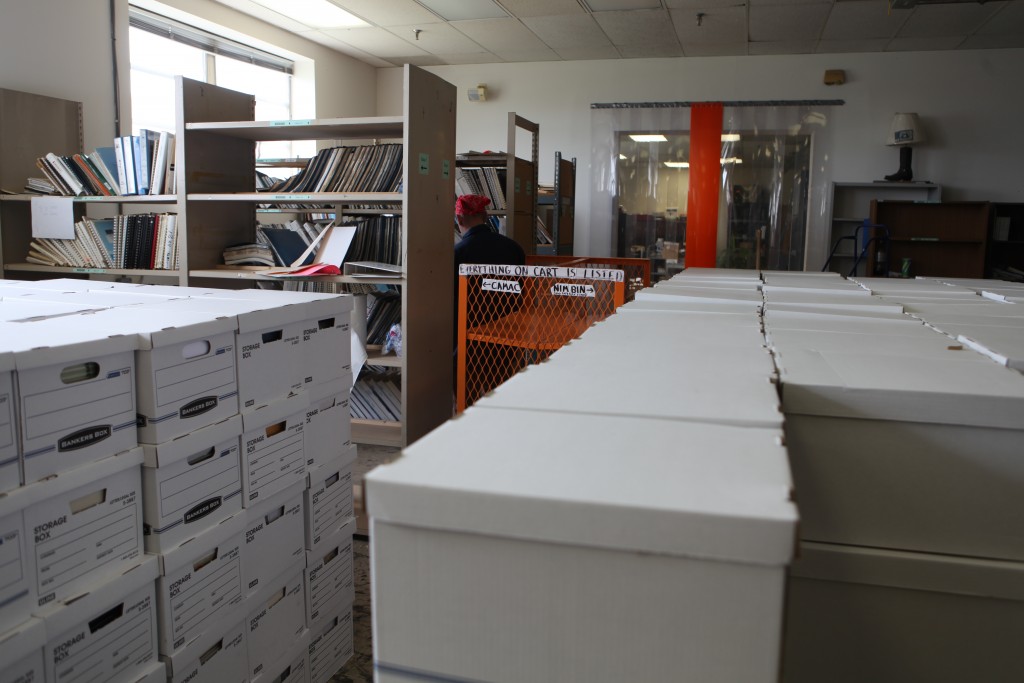 The goal, as you might recall, was to go into a closing warehouse of manuals, take as much as we could, and store it somewhere so that it could be properly “dealt with”, with the rest ending up in the trash.

We hit that goal. In total, the number of boxes is something between 1,600 and 1,700. These are boxes that each contain from a half-dozen to dozens of manuals, shop notes, catalogs and other related documents, mostly for testing equipment and electronics tools.

A few of us tried to do a very rough, very hand-wavy job of determining what the total number of manuals was, because it sure as hell wasn’t 25,000. At the end we decided that it is definitely over 50,000 and it is probably as high as 75,000. So we rescued twice as many items as I was told the room contained. That’s fantastic. 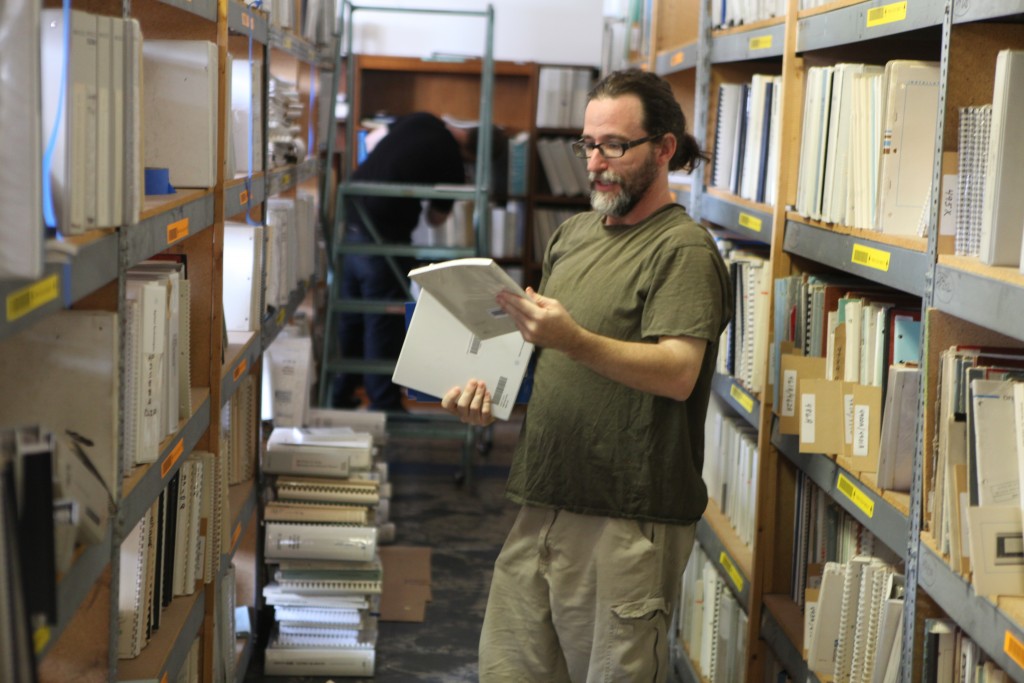 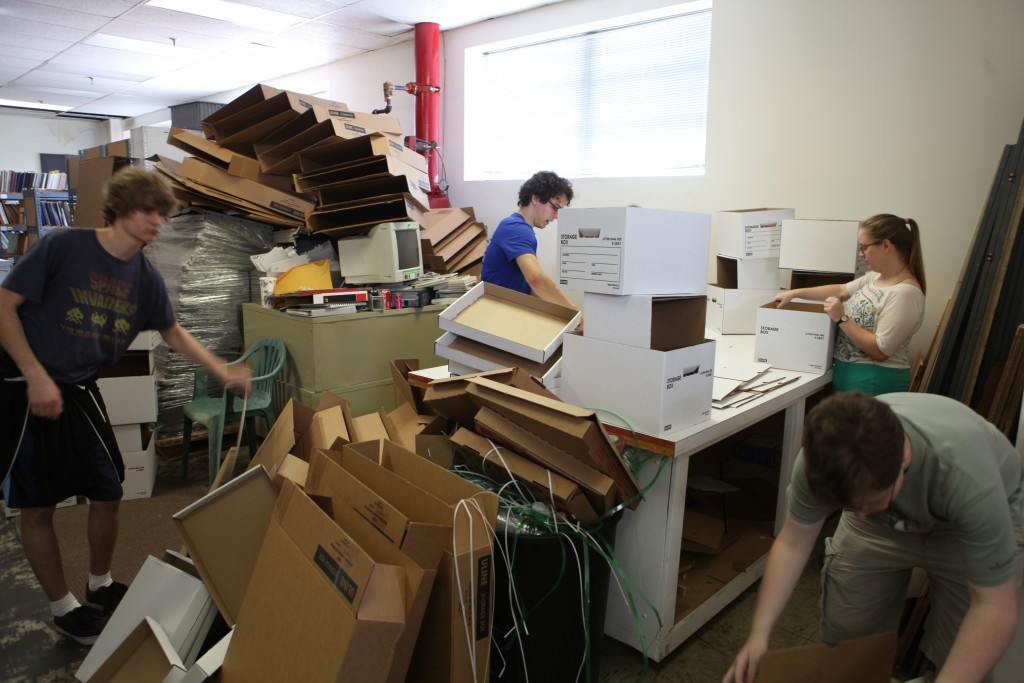 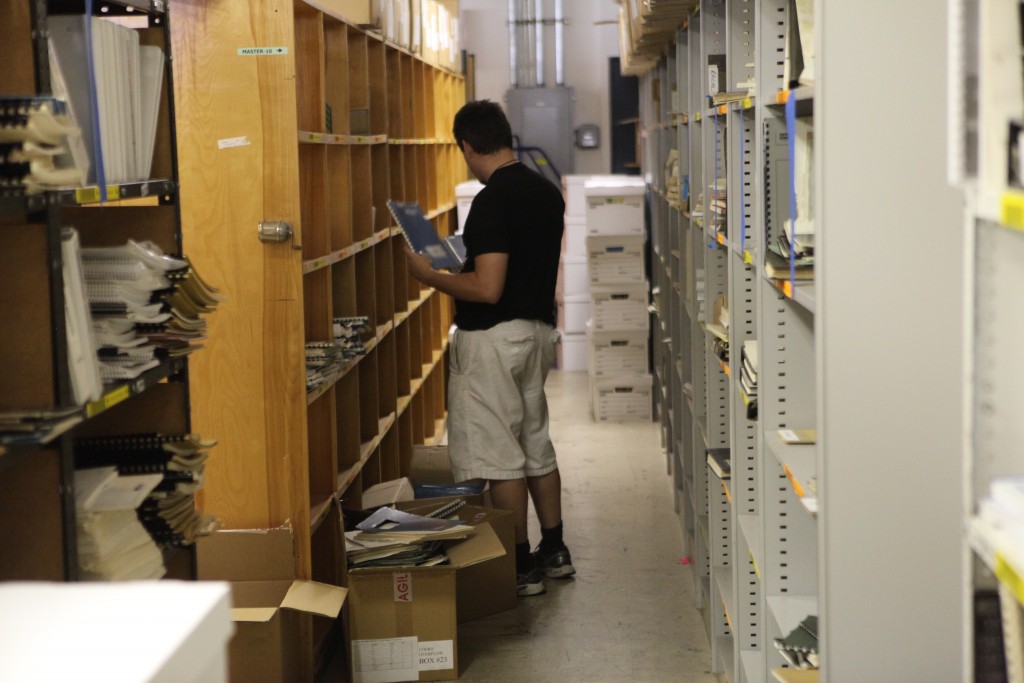 The amount of people who had walked in through the front door to volunteer help, some of them knowing nothing other than an address and that a friend had said “You must go there”, numbered at least 60. In some cases, entire families came – Mom, Dad, Daughter, Grandkids all being put to work to find duplicate manuals. Finding what a volunteer can best be used for is a bit of an art and not a science, but I did my best – some people were a little too roughed up to be lifters, and others were handed a task and went at it for 5 hours without a complaint or a break, building up a ruinous sweat.

I didn’t get a photo of everyone and it is going to be a crapshoot to get all the names up there, so when I do the postmortem and thanks, I expect to be modifying that posting for weeks.

My job was mostly to keep a lid on knowing how it was all going to pan out and to make sure our two main outside vendors, the moving company and the storage facility, didn’t give us any surprises. 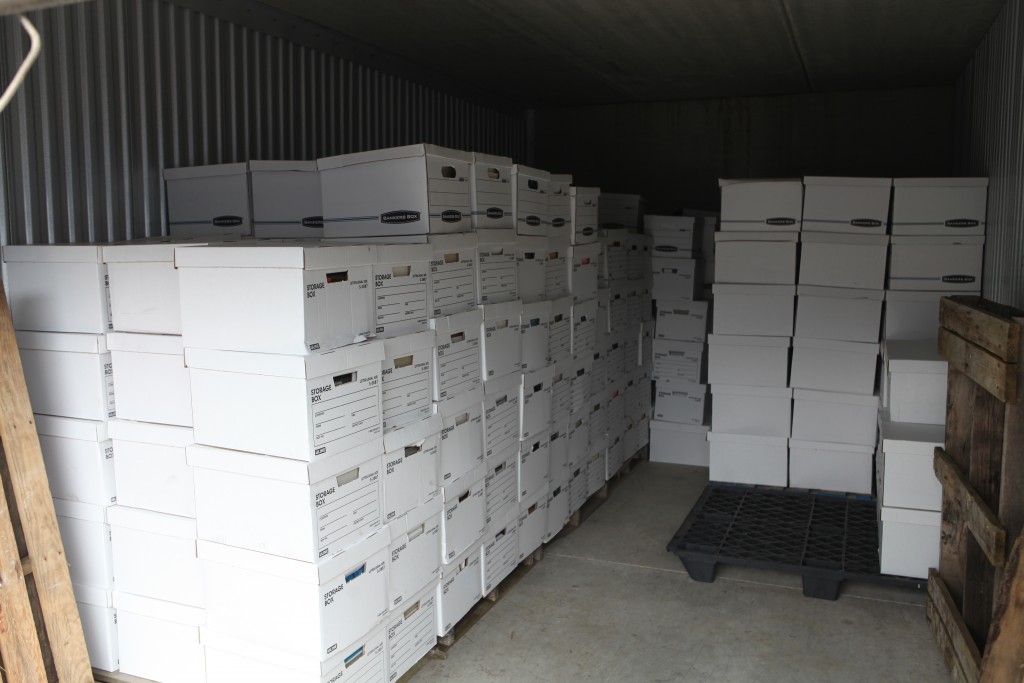 To make things easier, I’d rented two, and then three spaces at a storage company a mile from the warehouse. It wasn’t one of the free ones people generously offered (and which were all between 30 and 60 miles away), but instead was a very quick staging and timeout location for getting things out of immediate danger. I’ll just repeat that, here: this is not the final home, just an easy place to start to look at the collection intelligently and carefully. In an ideal world, I’d have been let into the warehouse in January and would slowly have cataloged and worked through the whole place, and then began organizing the moves and future homes. But this went down in less than a week, and here we are.

There were a lot of great ideas that volunteers and collaborators came up with, on the spot, looking over the whole thing. Systems and procedures and what-ifs and what-abouts abounded. Generally, I took the word of someone standing right there over someone on a forum bloviating about the One True And Right Way. From these volunteers came ideas like how to approach some sorting, methods to mark off completion, potential organizations that might be interested, and so on.

But one volunteer had, by far, the most immediate major influence.

Floating in the back of our minds was how we were going to get all these boxes over to the storage. Even with a mere mile distance, it would be a soul-killing convoy of cars and trucks putting items into the storage units. It could have gone into Thursday. Thoughts of grabbing day laborers were floated, along with who knew what friend who could bring “a truck”.

But this volunteer suggested we hire movers, and also suggested who he had heard were great local movers. They ended up being Budget Movers of Westminster. A quote and a price later, and there they were at 9am the next morning. The next morning. 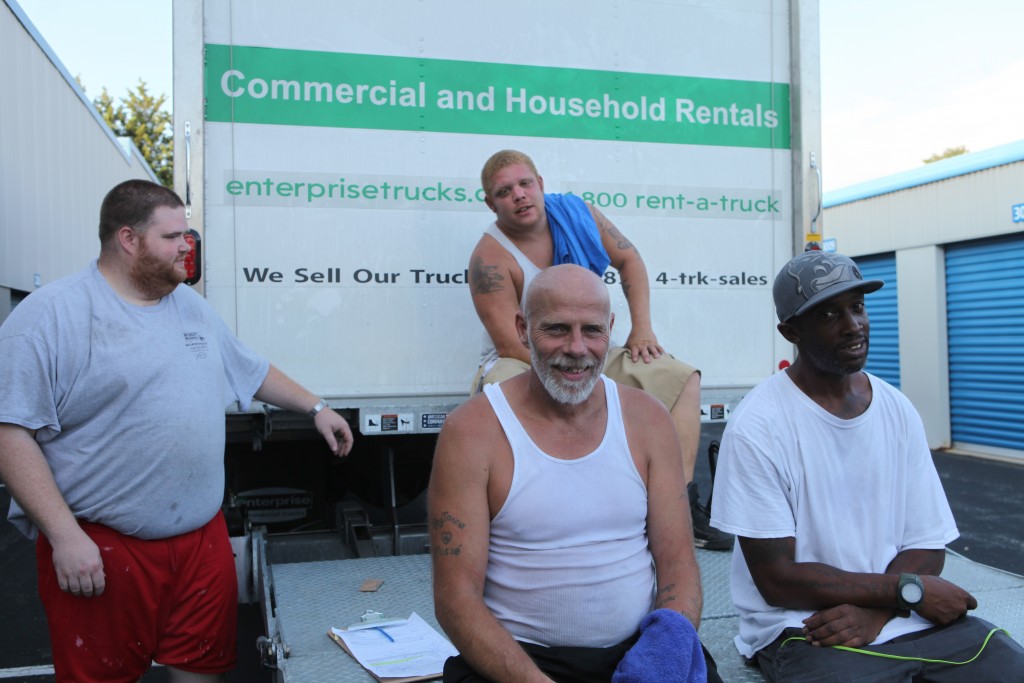 Like it often is with professionals, they didn’t whine, grate, or sniff when faced with a room of boxes – they just got to it. 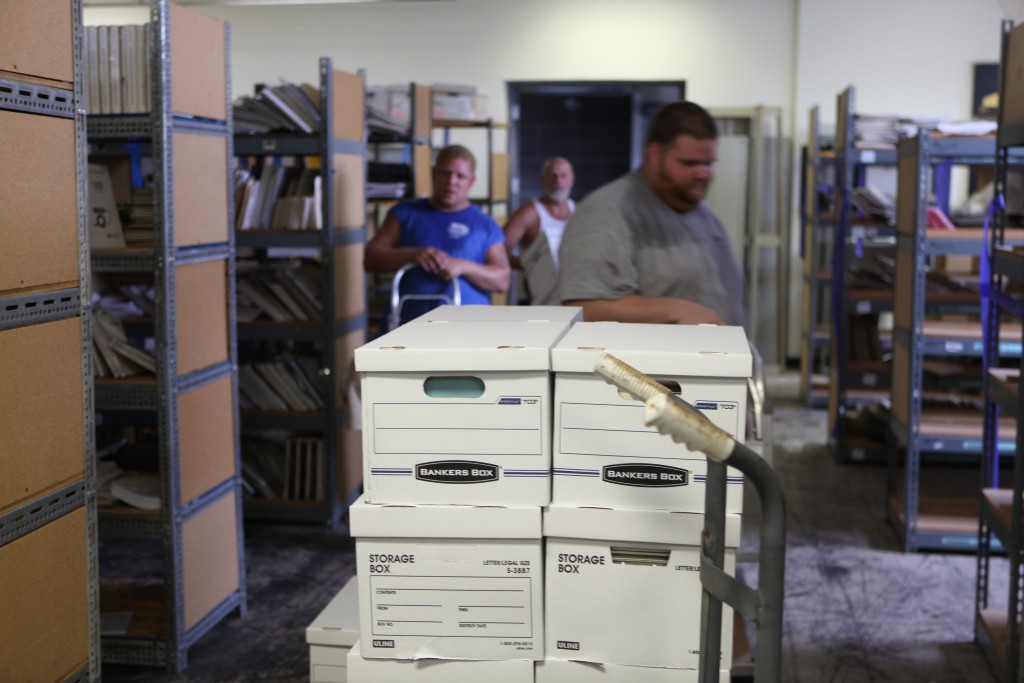 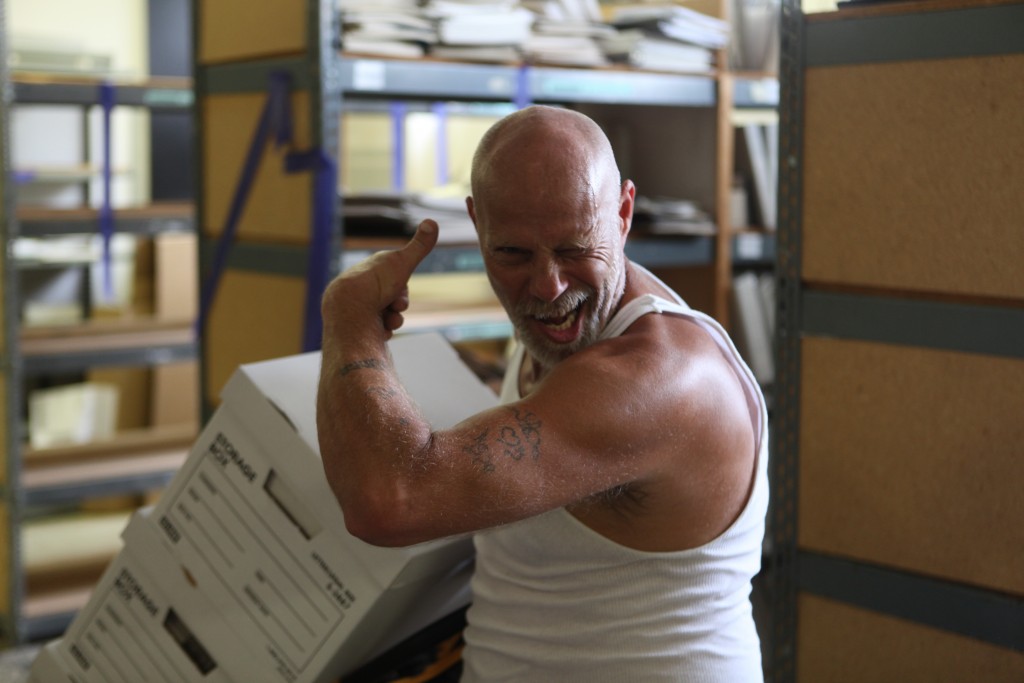 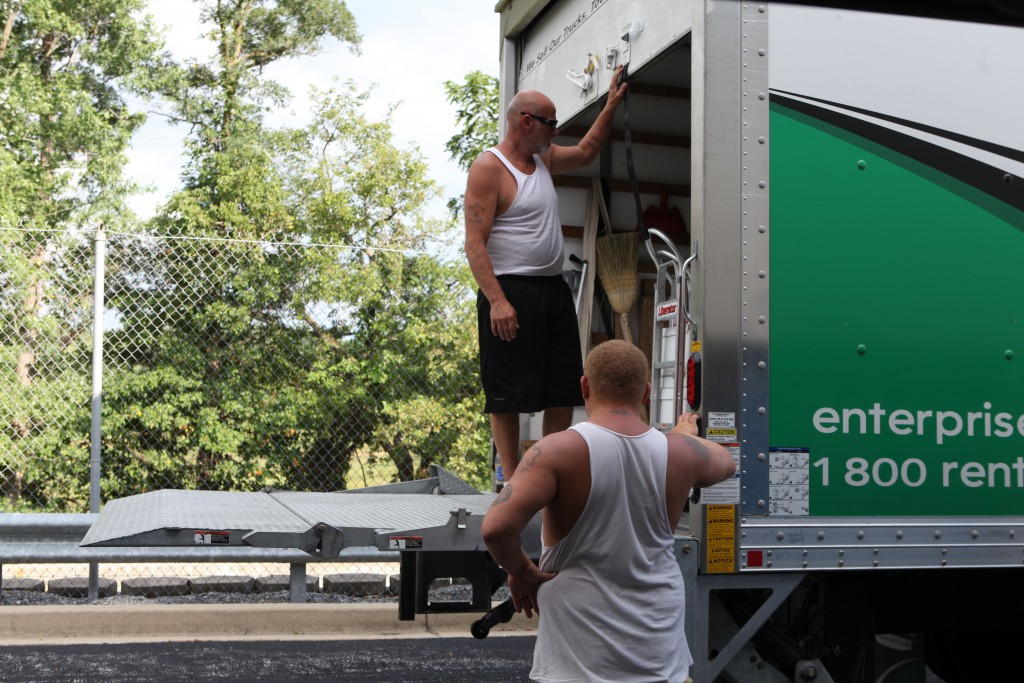 Having wrangled volunteers for three days at that point, it was great to just have the ability to hire a firm to get the last tedious and dangerously physical portion done. “Please take this mass of boxes and get them to this other box.” was worth paying the money for, money which people all over the world sent me.

I rush to say that we definitely did have a couple other trucks and cars in the mix – we did four major loads of boxes from the warehouse to the units, and along the way, four car/truckloads of boxes went through volunteers, just to get that last little bit into the units before it got to be too dark.

At the end, we had all the boxes into the units (with some space left over), and for various values, the manuals and materials were “safe”. 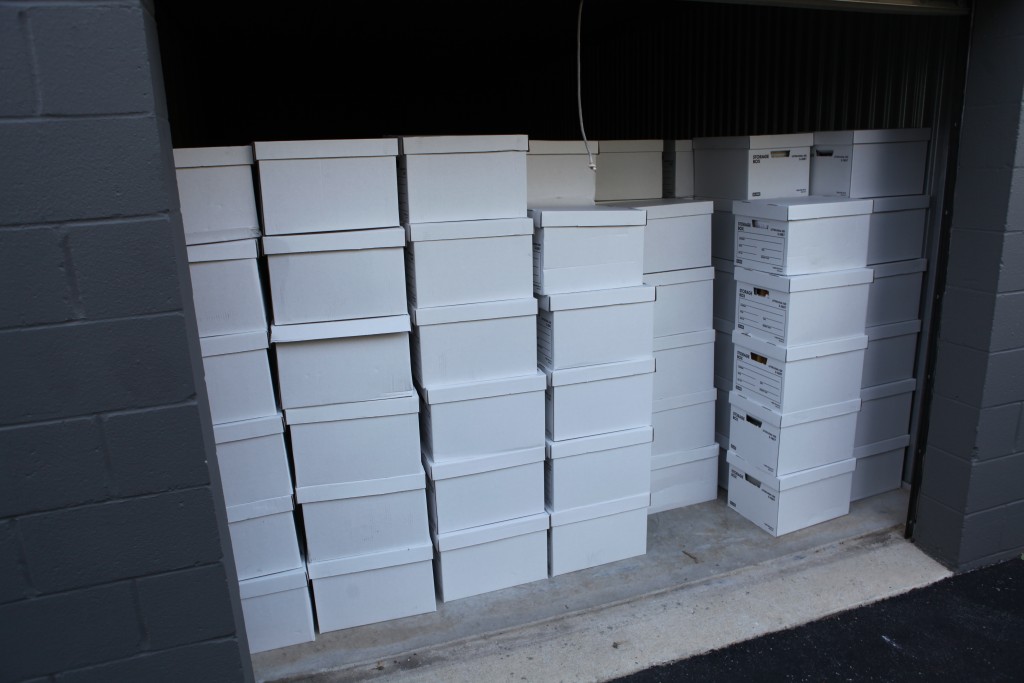 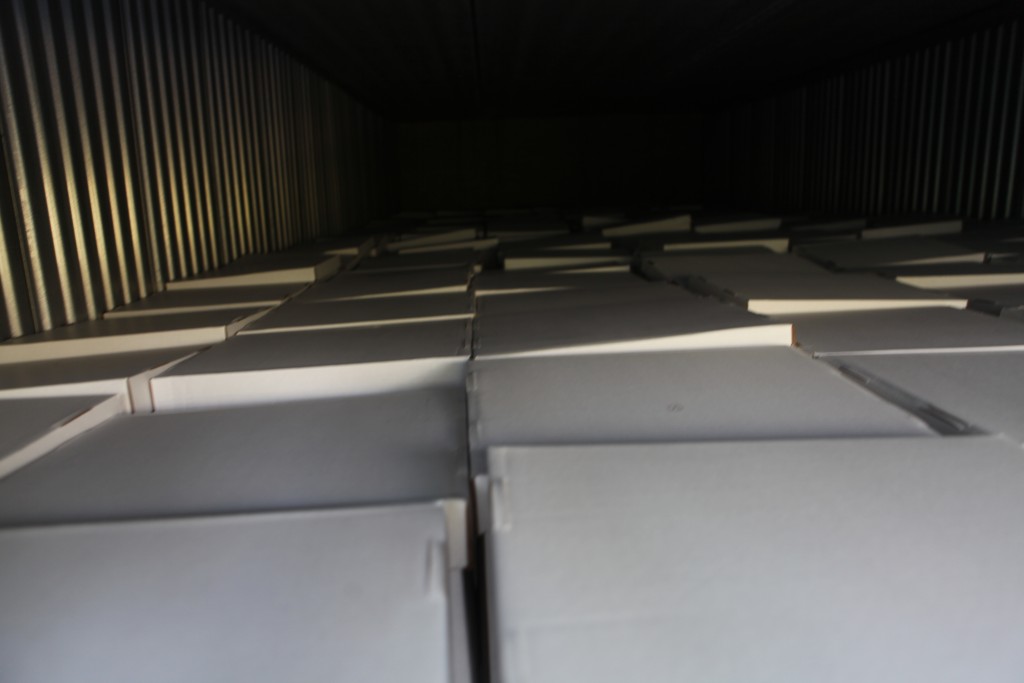 When we were done with the storage, we went back through the warehouse, cleaning up some messes, tidying the place, and giving the shelves one last review. 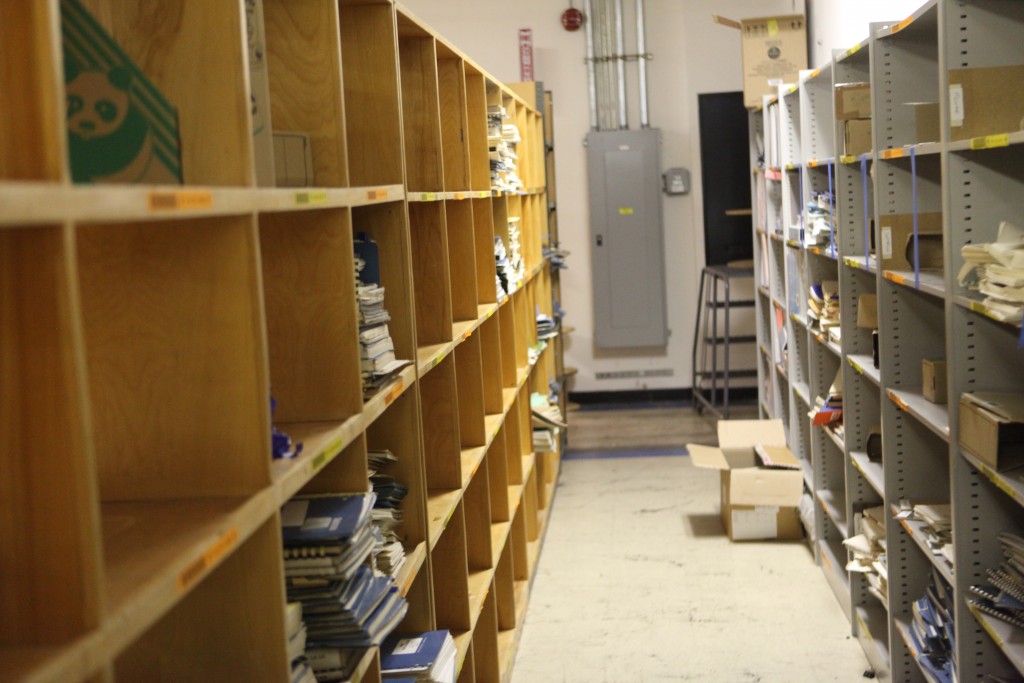 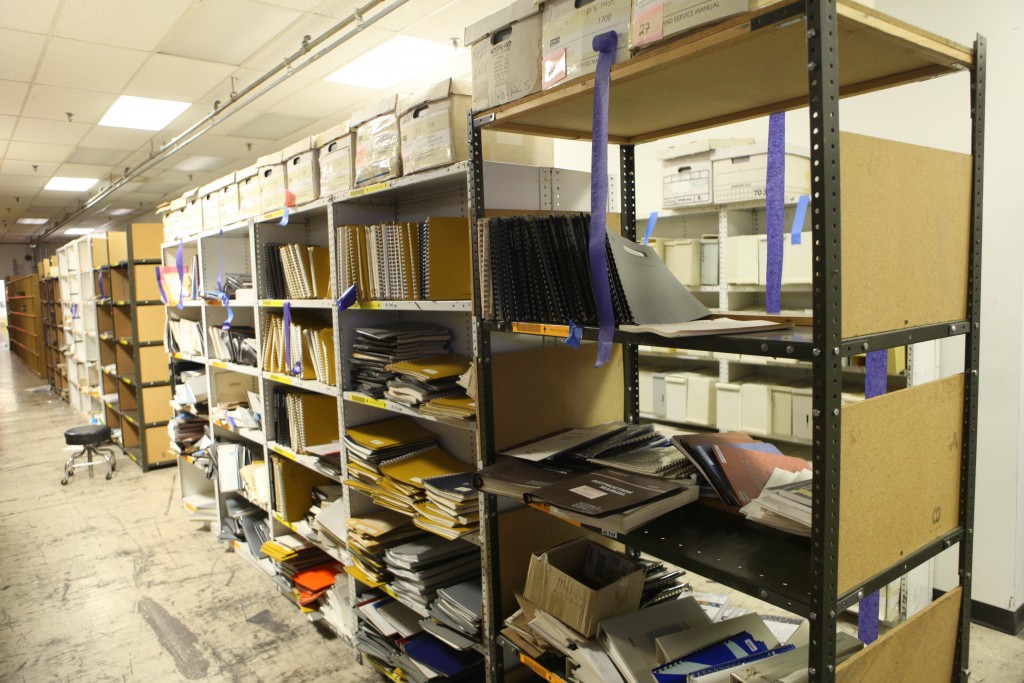 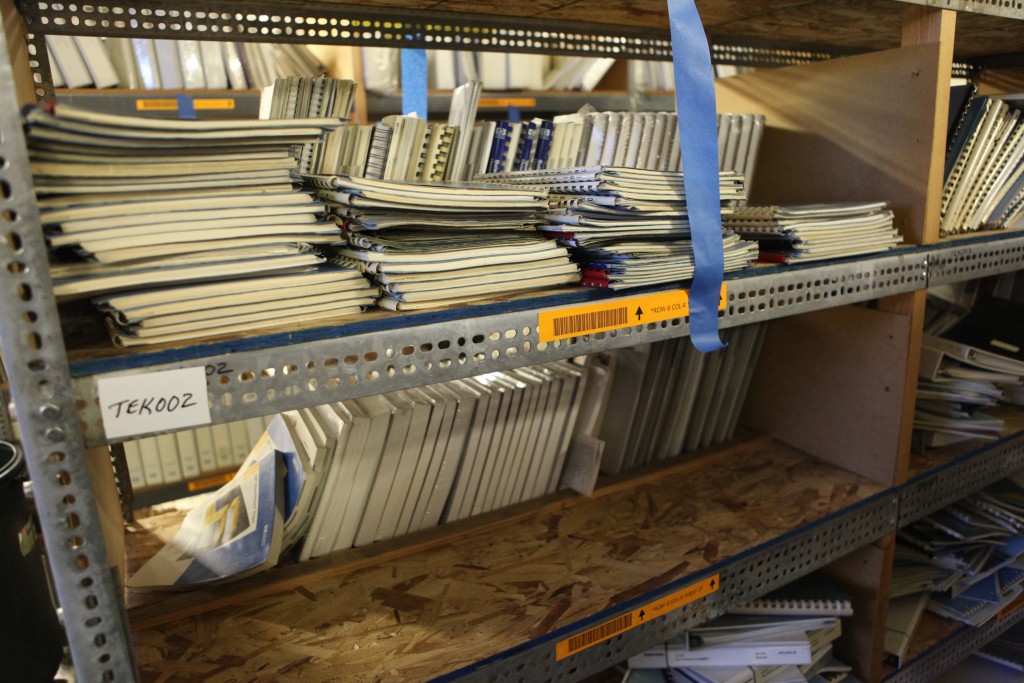 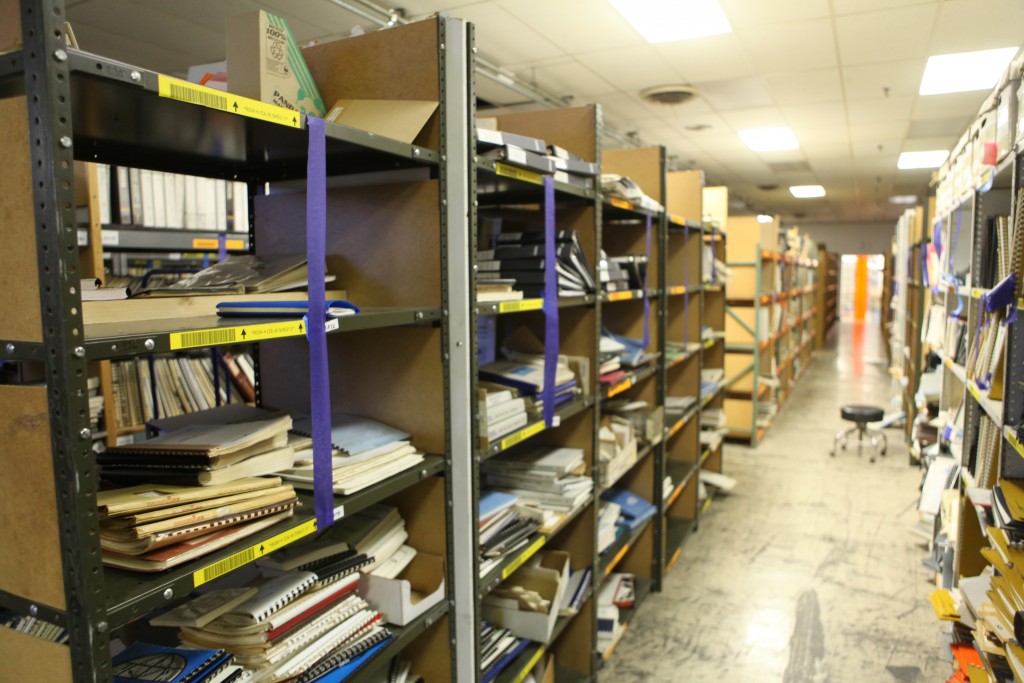 One volunteer didn’t want to go. He kept sorting, kept going through, kept finding what he thought was one last unique manual. He went from shelf to shelf, just checking, just wanting to be 100% sure we’re captured one unique copy of every single manual in there. He’d gotten a ride from a friend up from Virginia, and then just stayed. He did not have a clear plan for how to get back, but figured it would work out, just like I’d written a post on here the previous Friday, in what was just a little less than a week ago, announcing this impossible task.

But he just wouldn’t let it finish.

We ended up shutting the lights off on him. 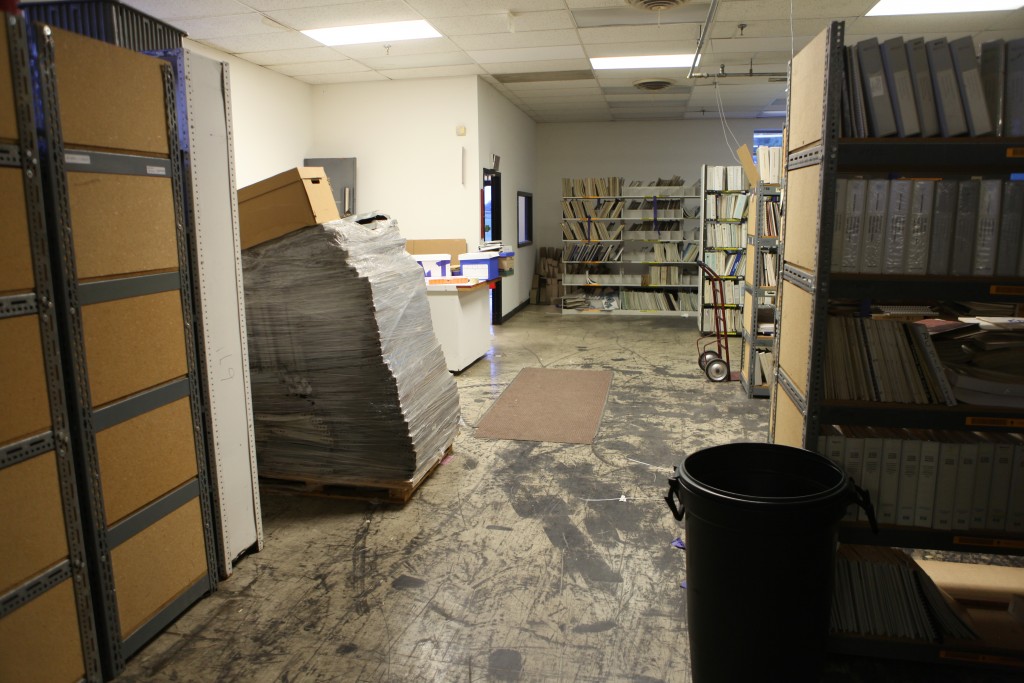 There’s a lot left to write, and I’ll get that going immediately in a post-mortem, along with ideas for the future. But at this moment. I am totally at peace with how things have gone. I’m in the manual world now, and I love the people it has brought into my life.

More coming soon. Thank you, everyone.