I get a lot of ideas. Some of them are not very good, like I bet I can drive without completely scraping all the snow off this windshield, or the classic I probably don’t have to wait a couple minutes before pulling this out of the microwave.

Other ones are pretty good, like hey, let’s bring a VAX and a PDP-11 to a hacker conference, or it appears there hasn’t been a documentary on bulletin board systems so maybe I should do one.

And then there’s the really good ones, the ones that fall into my lap or come to me and they burn with such passion that I spend more time contemplating and planning their repurcussions than coming up with the idea in the first place. And one of those hit this morning thanks to a poster on this thread.

The idea is this:

What if I released GET LAMP on a USB Stick? 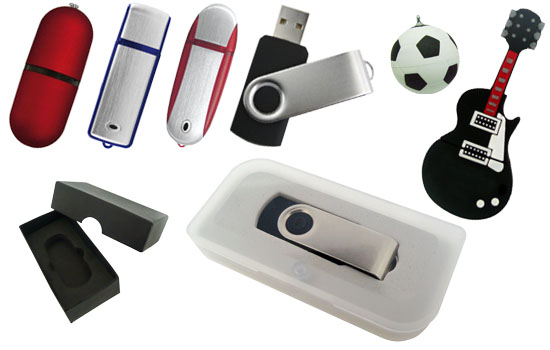 First of all, there’s no way I’m using Blu-Ray, and Blu-Ray is the defacto standard for “it goes on a plastic disk thing and you shove it into a machine” for high definition.  This leaves regular ol’ DVD-ROM. Regular ol’ DVD-ROM is a very mature format and I can do a lot with it, but I will end up with a SD version of the HD stuff I shot, AND it’s using a standard called MPEG-2, which is a pretty puffy little standard as far as video goes – it predates the first Playstation.

MPEG-2 currently is supplanted by MPEG-4, which can put a lot more detail into a much smaller space. There’s also the matter of the Matroska media container, which is an open-source spec that lets you shove in a bunch of subtitles, video streams, and other cool stuff into a single file.

USB sticks are now pretty ubiquitous. The USB2 standard (which is about to be supplanted by a higher-speed version) is a pretty robust little sucker, and USB flash drives have been around long enough that they’re getting pretty cheap and definitely getting accepted enough that there’s crazy customized versions of them available. Witness: 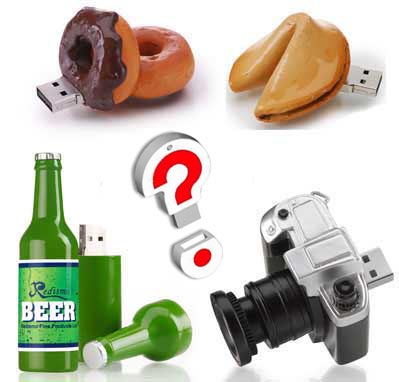 Now, granted, the per-unit costs are higher – but only if you compare them to DVD-ROMs – with Blu-Ray as it currently is (and always will be, if the current regime holds), these will be cheaper. And hold more stuff. And be cooler.

I mean, look at some of these selections.

You’d get all the footage I was intending to put on there, PLUS even MORE bonus stuff, like scanned images, photos, audio, maybe some games, and it would be even easier to make it accessible to the blind and deaf, which was on my list. 4gb or 8gb, it’d all be on one little item, and it’d work, and I’d be paying nothing to any cartel.

So, hit me up, folks. Tell me why I shouldn’t go for this, this way. Is there any downside? Any?

Oh, these ideas fire me up. I’m delighted when they happen.