As I enter into a new phase of doing things and how I do things, let’s start with something pleasant. 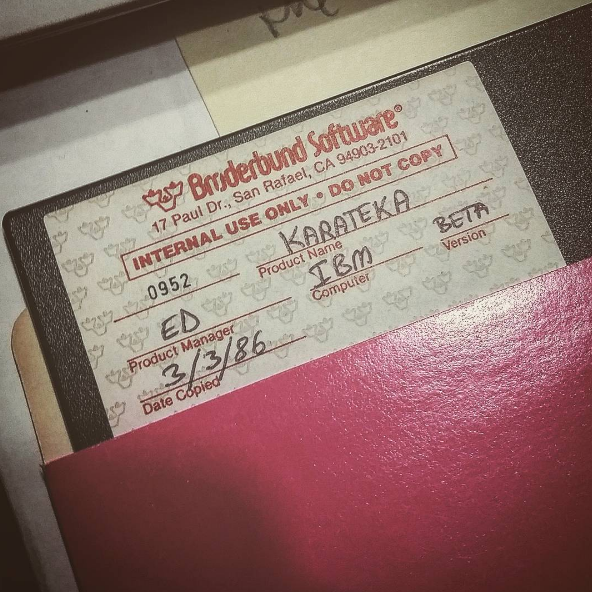 As part of the work with pulling Prince of Persia source code from a collection of disks a number of years back (the lion’s share of the work done by Tony Diaz), Jordan Mechner handed me an additional pile of floppies.

Many of these floppies have been imaged and preserved, but a set of them had not, mostly due to coming up with the time and “doing it right” and all the other accomplishment-blocking attributes of fractal self-analysis. That issue is now being fixed, and you are encouraged to enjoy the immediate result.

As Karateka (1985) became a huge title for Brøderbund Software, they wanted the program to run on as many platforms as possible. However, the code was not written to be portable; Brøderbund instead contracted with a number of teams to make Karateka versions on hardware other than the Apple II. The work by these teams, Jordan Mechner told me, often suffered from being ground-up rewrites of the original game idea – they would simply make it look like the game, without really spending time duplicating the internal timing or logic that Jordan had put into the original. Some came out fine on the other end; others did not.

Jordan’s opinion on the IBM port of Karateka was not positive. From his Making-of-Karateka journal (thanks to Anatoly Shashkin for finding this entry): 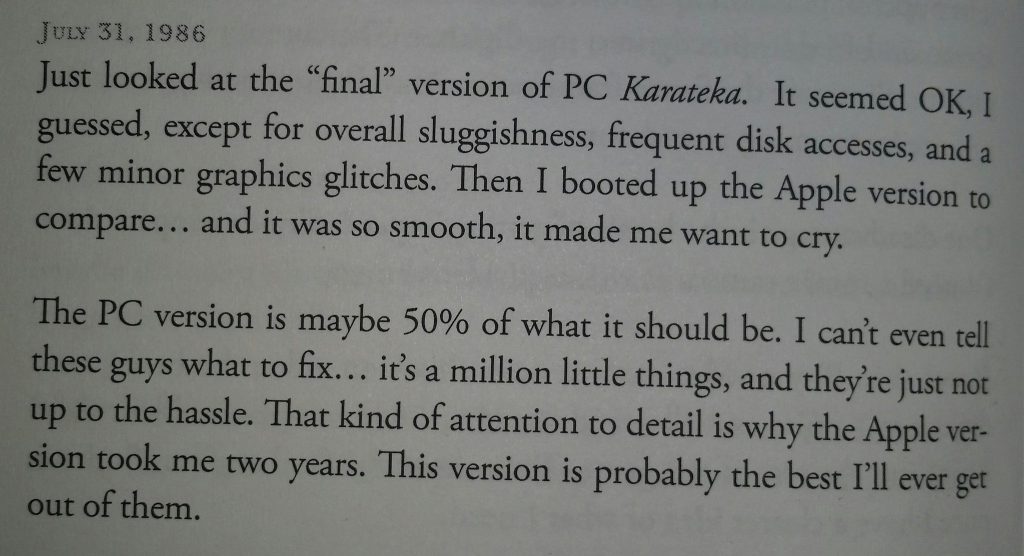 You can now see how it looked and played when he made these comments. I just pulled out multiple copies of Karateka from a variety of internally distributed floppies Jordan had in the set he gave me. I chose two representative versions and now you can play them both on the Internet Archive.

The first version is what would now be called the “Alpha”, but which in this collection is just called “Version 1986-01-30”, and was duplicated on February 4, 1986. It is a version which was obviously done as some sort of milestone – debugging information is everywhere, and it starts with a prompt of which levels to try, before starting the game.

Without going too much into the specific technical limitations of PC Compatibles of the time, I’ll instead just offer the following screenshot, which will connect you to an instantly playable-in-browser version of the Karateka Alpha. This has never been released before.

You can see all sorts of weird artifacts and performance issues with the Alpha – glitches in graphics and performance, and of course the ever-present debugging messages and system information. The contractors doing the work, the Connelly Group, have no presence on the internet in any obvious web searches – they may have just been internal employees, or a name given to some folks just to keep distance between “games” work and “real” work; maybe that information will come out.

The floppy this came on, as shown above, had all sorts of markings for Brøderbund to indicate what the build number was, who had the floppies (inventory control), and that the disk had no protection routines on it, which makes my life in the present day notably easier. Besides the playable version of the information in a ZIP file, there is an IMG file of the entire 360k floppy layout, usable by a number of emulators or viewers.

The next floppy in terms of time stamp is literally called BETA, from March 3, 1986. With over a month of effort into the project, a bunch of bugs have been fixed, screens added, and naturally all the debugging information has been stripped away. I’m assuming this was for playtesters to check out, or to be used by marketing/sales to begin the process of selling it in the PC world. Here is a link to an instantly playable-in-browser version of the Karateka Beta. This has also never been released before. 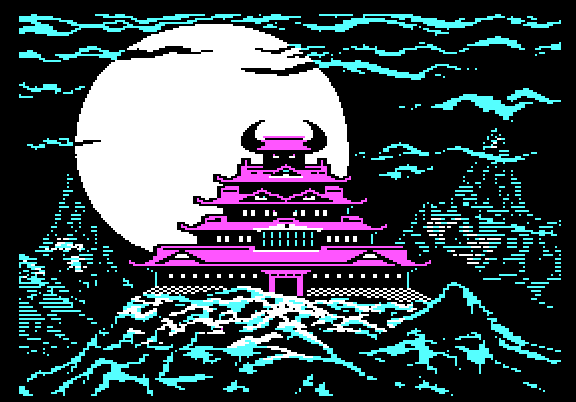 For the less button-mashy of us, here are the keys and a “handing it over to you at the user group meeting” version of how Karateka works.

You use the arrow keys (left and right) to move. Press SPACE to flip between “moving” and “fighting” modes. The Q, A, and Z keys are high, middle and low punches. The W, S and X keys are high middle and low kicks. The triangles on the bottom are life meters. Whoever runs out of triangles first in a fight will die.

It’s worthwhile to note that the games, being an Alpha and a Beta, are extremely rough. I wouldn’t suggest making them your first game of Karateka ever – that’s where you should play the original Apple II version.

Karateka is a wealth of beginnings for understanding entertainment software – besides being a huge hit for Brøderbund, it’s an aesthetic masterwork, containing cinematic cutscenes and a clever pulling of cultural sources to combine into a multi-layered experience on a rather simple platform. From this groundwork, Jordan would go on to make Prince of Persia years later, and bring these efforts to another level entirely. He also endeavored to make the Prince of Persia code as portable and documented as possible, so different platforms would have similar experiences in terms of playing.

In 2012, Jordan released a new remake/reboot of Karateka, which is also cross-platform (the platforms now being PC, iOS, PS4, Xbox and so on) and is available at KARATEKA.COM. It is a very enjoyable remake. There are also ports of “Karateka Classic” for a world where your controls have to be onscreen, like this one.

In a larger sense, it’d be a wonderful world where a lot of old software was available for study, criticism, discussion and so on. We have scads of it, of course, but there’s so much more to track down. It’s been a driving effort of mine this year, and it continues.

But for now, let’s enjoy a really, really unpleasant but historically important version of Karateka.