Short form is that I thought I’d be out of all three storage units with the manuals and in the new space, but we only had four people show, so at best I drop to one storage unit and possibly two. Anybody able to help by coming to Westminster MD on the 29th would be appreciated; otherwise, you could paypal to jason@textfiles.com if you want to throw money at doing another month.

Today went well, but it probably could have gone better. 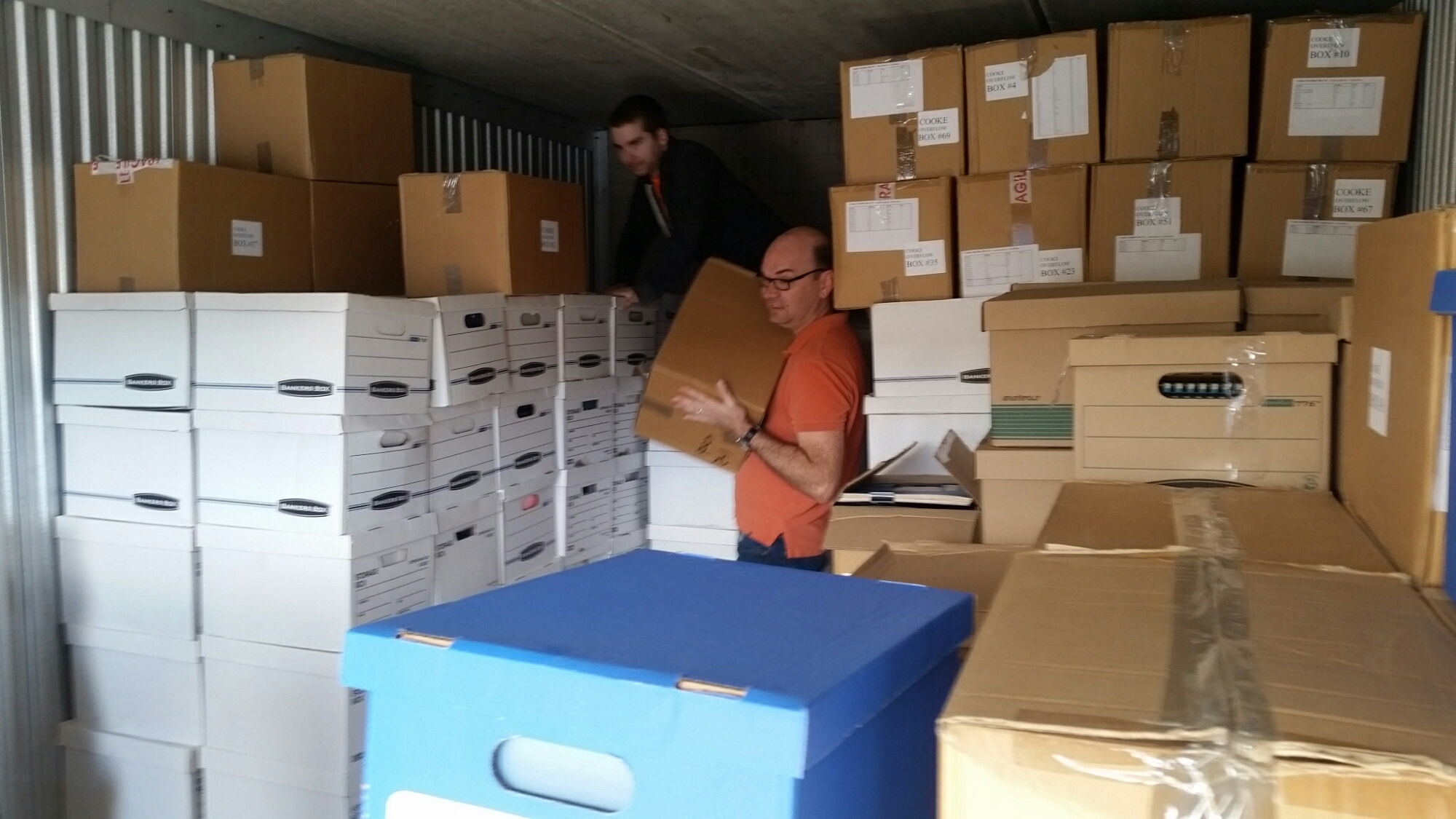 We had a rented 26 foot truck with liftgate, a pallet jack, and a bunch of pallets. I got to the mall early, and we signed all the papers and the contract so that there is now a 1,300sq ft. space in the mall I have for 6 months. It all went very fast, and as I was shown where the pallet jack could move stacks of manual boxes and where they’d go, I was very happy indeed. 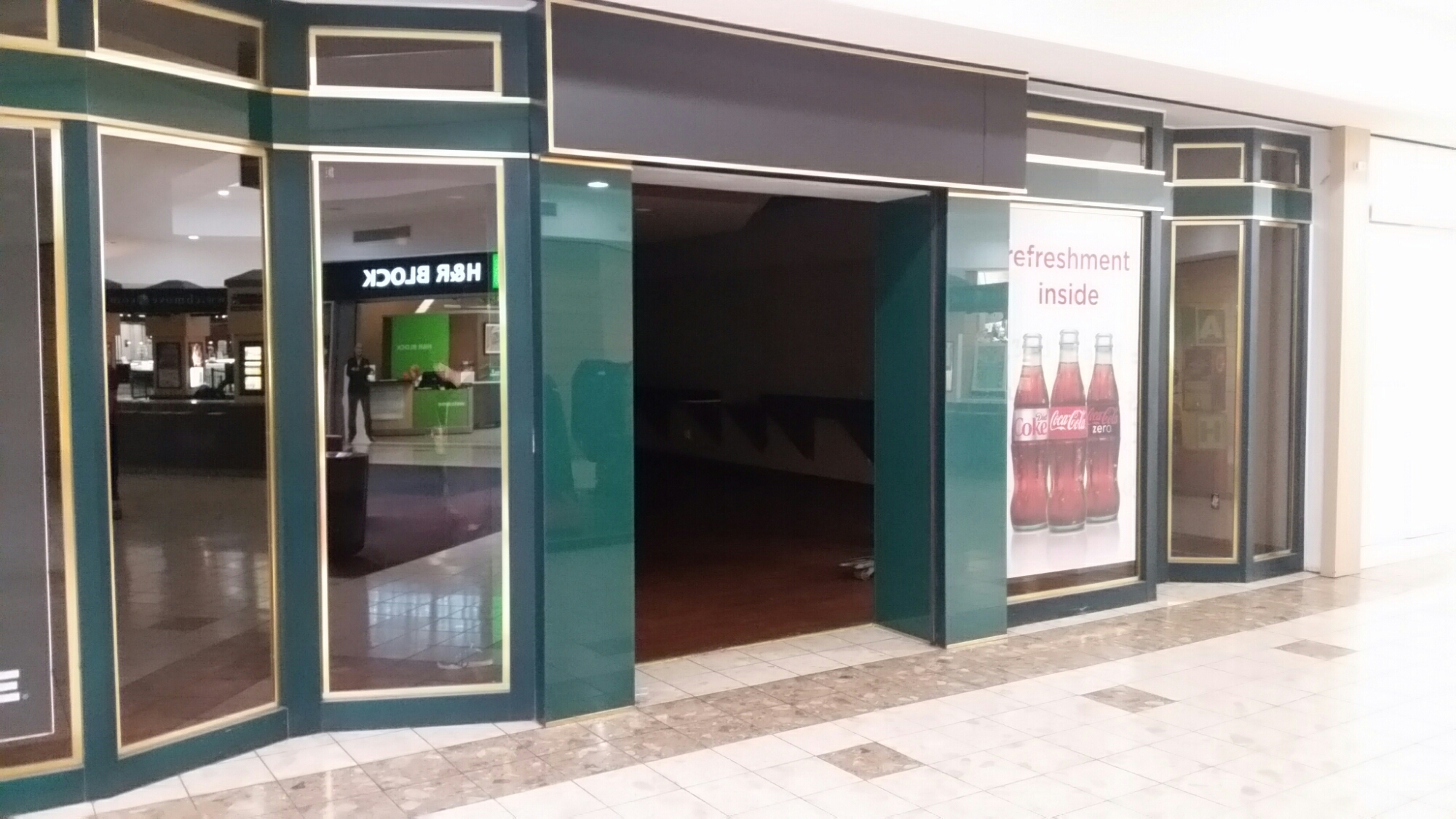 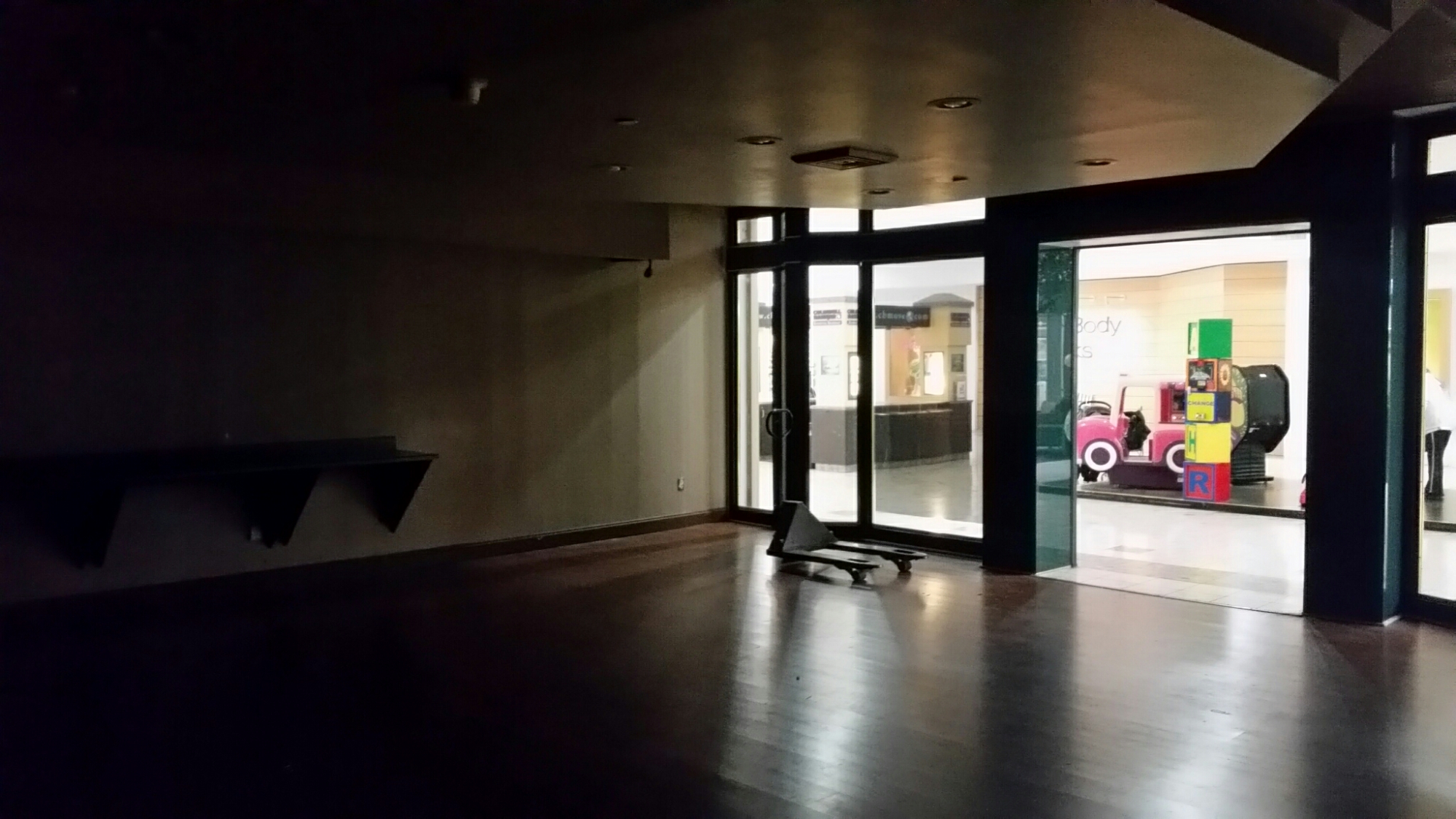 We had a total of 5 people involved, not all of them all day, and as a result, we have bundled up one of the three storage units, but only got 9 of the 12 pallets of manual boxes out and on the truck and in the new space in one day. It’s just too much for such a small crowd. With luck, tomorrow, the other three will definitely get out of there and in the new home.

This is good! One storage unit down means no more $300/mo storage for that set. But if we can’t get rid of the other two units, that’s still piles and piles of material left to go, still being rented by the month.

I’ve already determined that getting all three will be impossible by tomorrow. It’s just not realistic. So I’m hopefully shooting for two of the three being empty, which will radically cut down the per-month cost of storing these. (The price on the mall storage is very, very low, which makes me happy.) 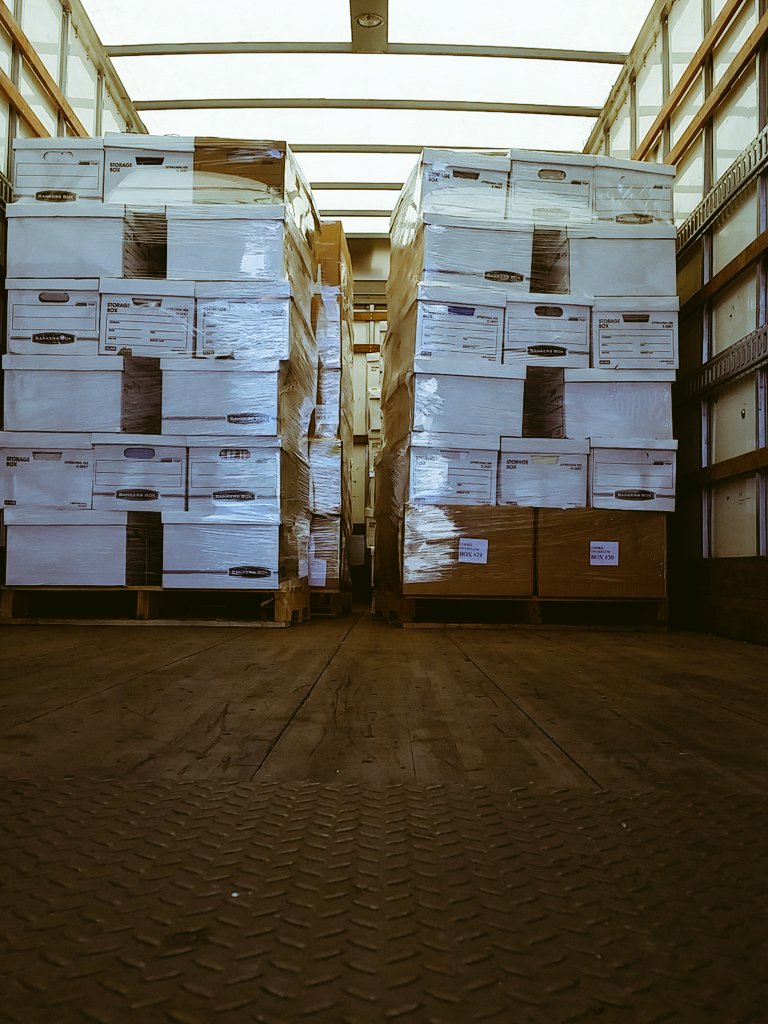 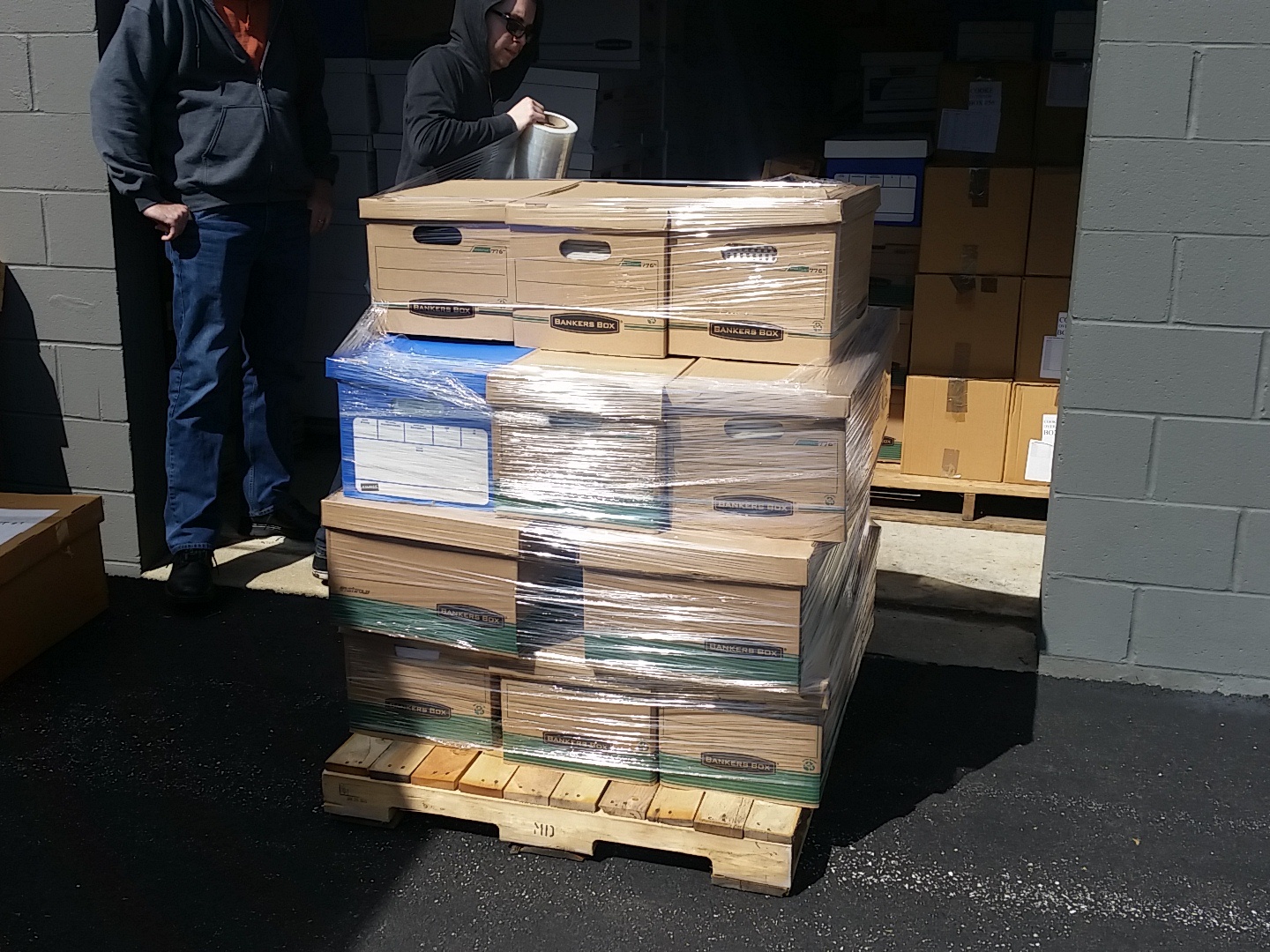 I had a meeting with Brewster at the Internet Archive about storing the manuals that are not HP and Tektronix (those are very common). He agreed! All the non-HP/Tektronix manuals have a home! I will have to deal with scanning and storage, but that will happen.

But meanwhile, it is costing $1000/month in the current location and about a tenth of that in the new. It’s really important to get as much over to the new location. That’s why a truck was rented, pallets acquired, and incredibly involved moving work was being done. 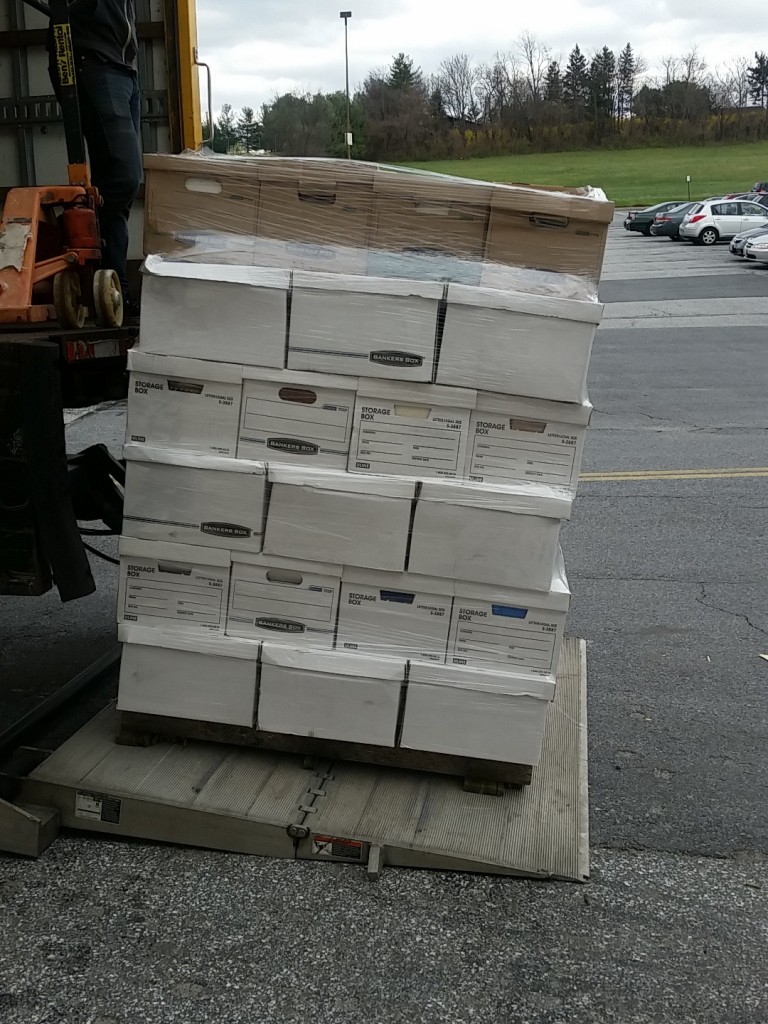 This was not pleasant work, to be sure – heavy sets of pallets of boxes plastic-wrapped into towers of documents and loaded on a lift gate. We had to be very careful with them, which took quite a bit of time to get right. Eric and I were there all day, Matt was there a bunch of the day, and Elaine and her son helped. But that’s all we got.

It’s a Monday. Not everyone has a flexible schedule, obviously. And of course the worst that happens is that I or someone who helps me pays a little more money to keep the manuals somewhere for a month. That’s definitely not as compelling as them being thrown into a dumpster. So it just wasn’t possible to rile up the Corps to come. 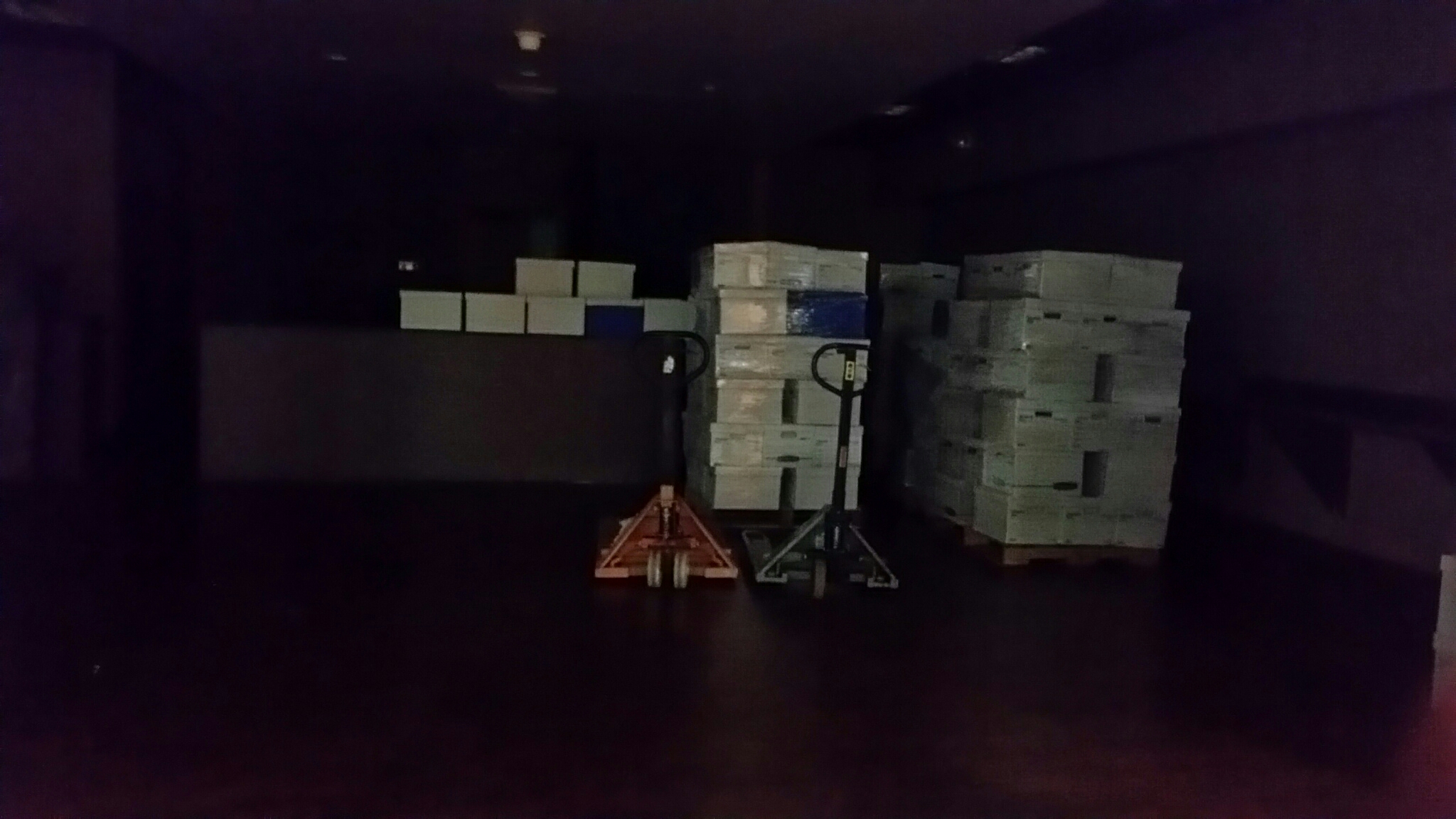 Tomorrow, pretty sore from today’s work, I’ll do my best from about the middle morning until the late afternoon to move as much of these things as possible, with whoever can show up. It’s what I do, it’s what has to be done.

Do I despair? Oh, sure I despair. It’s a lot of work to save some very old manuals, and when money gets spent this way instead of many other ways, it can feel like bad priority. I definitely feel that once in a while.

But I also know that once these items are in a safe place, and they begin becoming reference material and digital material, a whole host of information and culture will become available again that in no way is guaranteed to have otherwise survived. A lot is out there, of course… this is just one pile. But it’s a pretty big pile.

I’ve learned a ton overseeing this project. I definitely will come into others with wider eyes and background. There’s a bunch of stuff I’d do differently. And I know that spending a whole day doing this is not ultimately what I’d always be preferring to do.

Since I am positive the third unit will not be emptying, I’m going to have to pay for it – and if people want to send money via paypal (jason@textfiles.com) noting it’s for that, it’ll help a lot. And it would be great if people came tomorrow – but I can’t count on it, not on a Tuesday.

But maybe soon I’ll arrange this for a weekend, and we can have more people involved as the boxes are sorted for final ship to the multiple homes I’m now negotiating for them to have. We can have a nice Saturday of it. We’ll picnic.

Until then, I’m going to go to bed and remember why I got into this all in the first place – because I refused to sit still and throw up my hands. And so much more is to come. 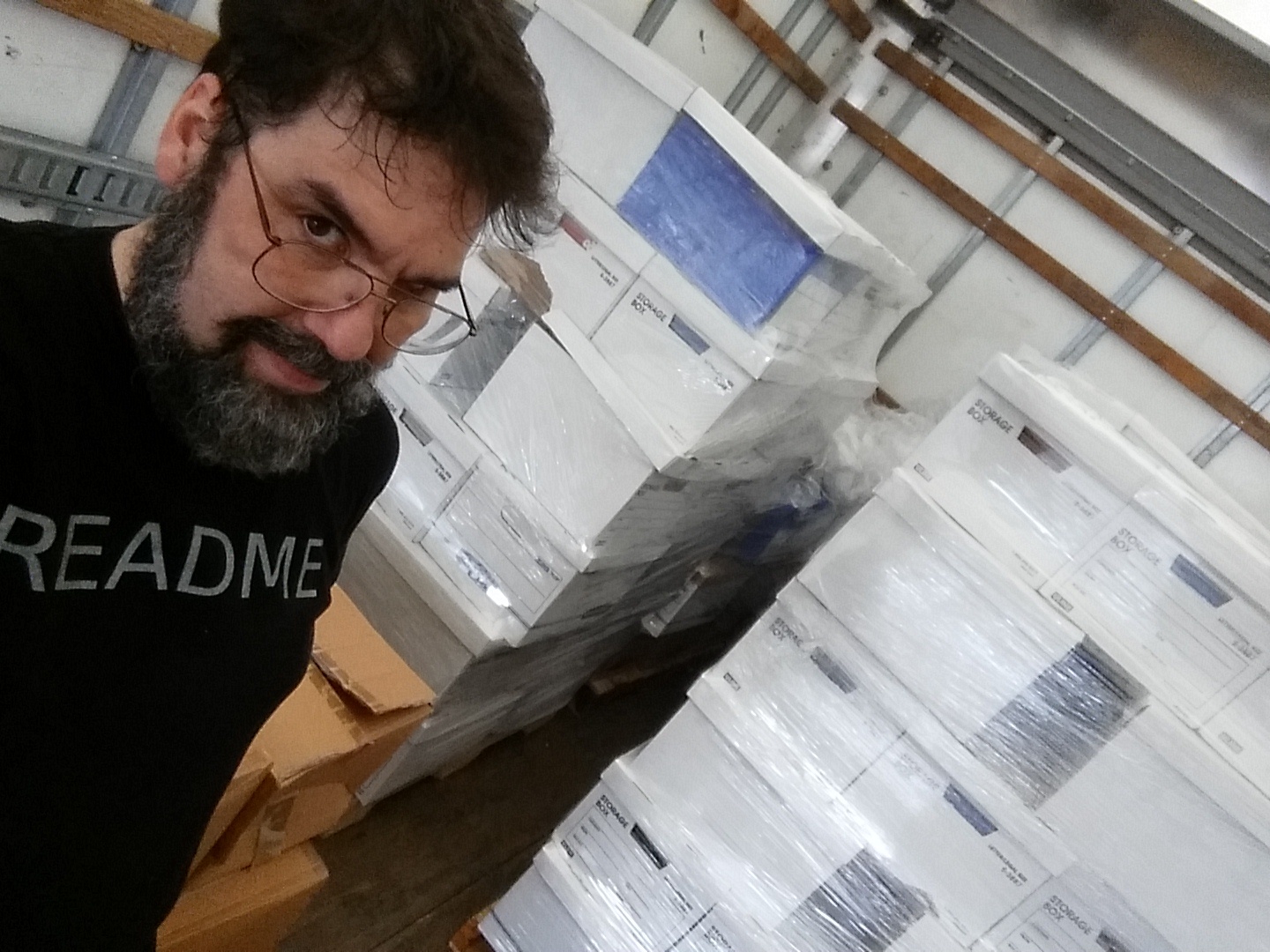