About 5 and a half years ago, I took delivery of a bunch of shirts from Randal Schwartz, he of Perl fame. The reason for this (as explained in that entry), was that he was doing a major cleanup of life and he wanted to donate them to charity, and I happened to see his “look at all these damn shirts” photo and offered to take them. He agreed.

A few years later, I took a small number of these shirts and photographed them. The collection is now sitting at the Internet Archive. Here is a link to it.

Fast forward to now. I’m in the middle of finally giving away some of the dragon hoard to proper institutions and locations that should have them, now that value is recognized, and that’s been going well – well over a thousand pounds of material have left my shipping container out back.

Now we’re back to the remaining shirts.

So here’s the situation. 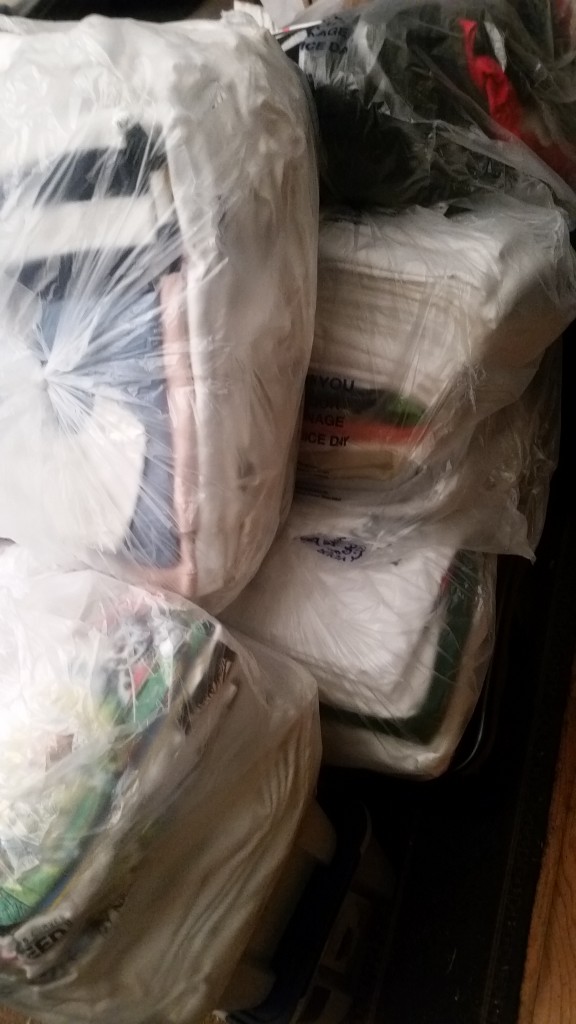 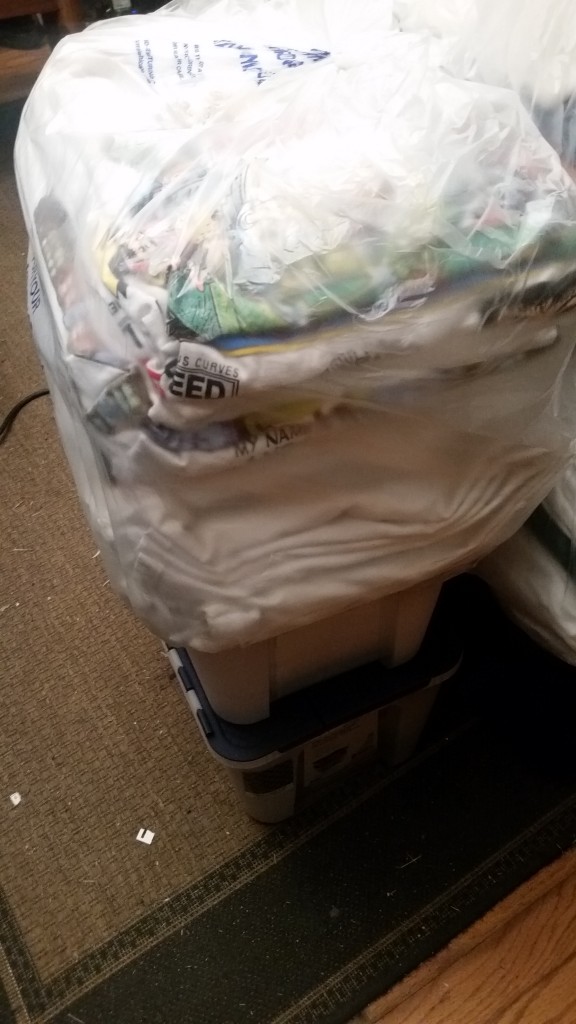 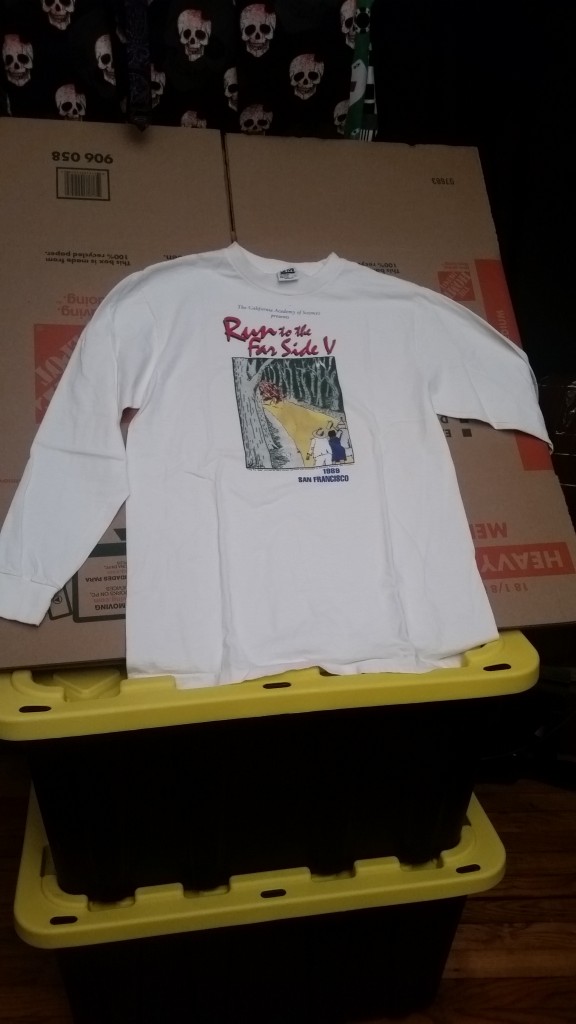 Current I have what can honestly be called “a whole heck of a lot of shirts”. They’ve been laundered and folded by a service. They’ve been taking up space in the cube for years, and it’s time for them to achieve some sort of conclusion.

I’ve begun photographing the remaining shirts, intending to have a pretty solid photograph of each one’s design, so the designs have a life beyond these shirts. Old cartoons, logos, events, and other information will exist on in a digital form to allow people to see them, refer to them, and so on.

But the shirts themselves.

I’ve tried a half-dozen locations, including the Living Computer Museum, Computer History Museum, and elsewhere, and nobody particularly wants the shirts. Everybody thanks me for asking, but they’re not overly interested. (My friends at the Strong Museum of Play will want anything with games, but there’s not really any game shirts here.) 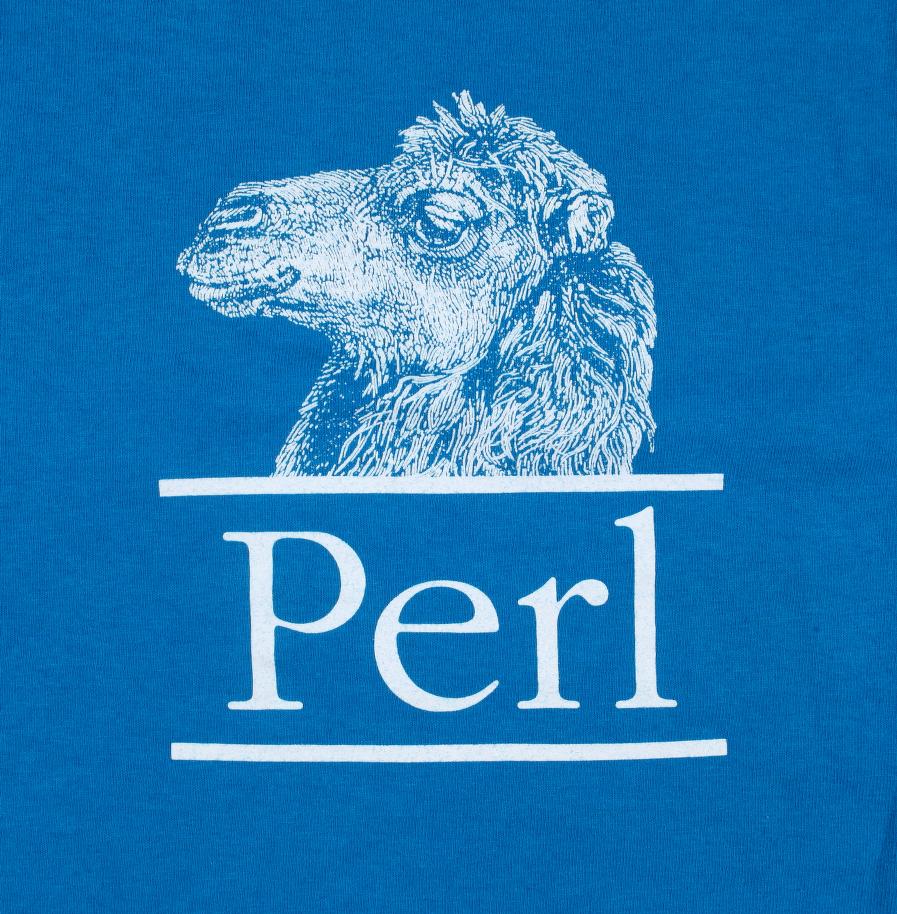 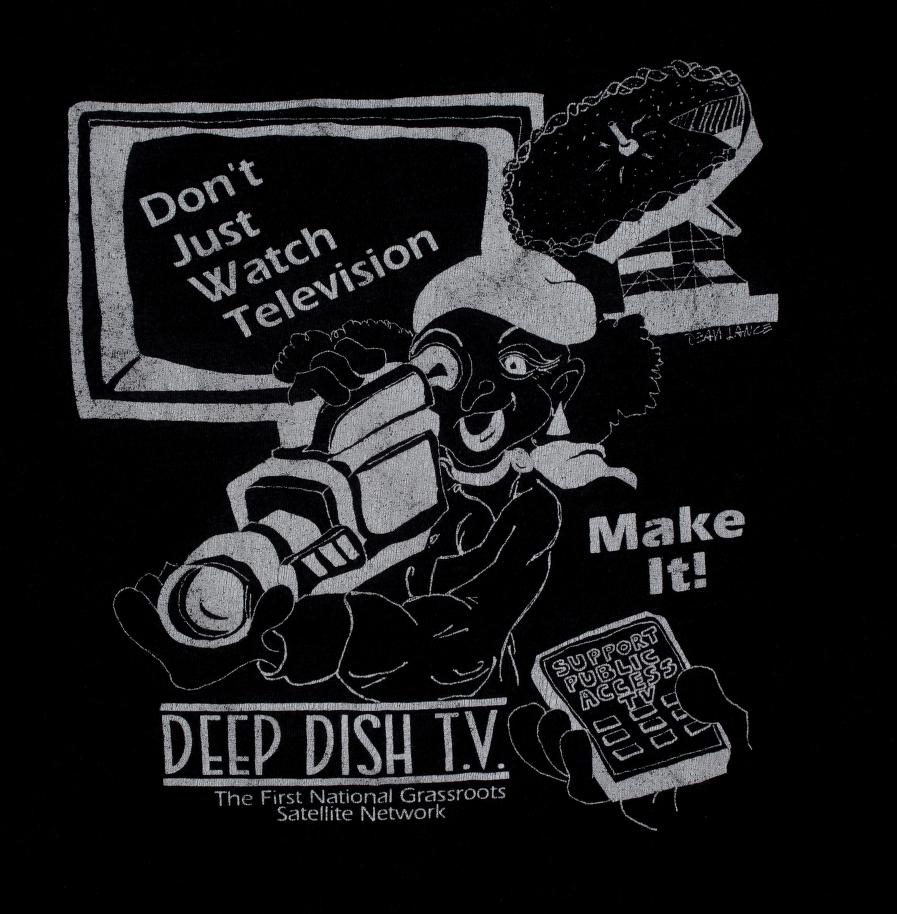 So, here’s the deal.

I’m going to photograph all these shirts across the coming days and maybe weeks, going through about 1,200 of them to get their images saved and uploaded. After that, if I am unable to have someone find me a home for them, they’re going to charities, which was their original goal.

If you know an organization that wants them, get in touch with them and ask. Don’t just dump a pile of names on me – I’ve already done that. I’m looking for a place that wants technology t-shirts, 99% of them never worn, all laundered, all ready to go to a home, or to the donation bins down the road. 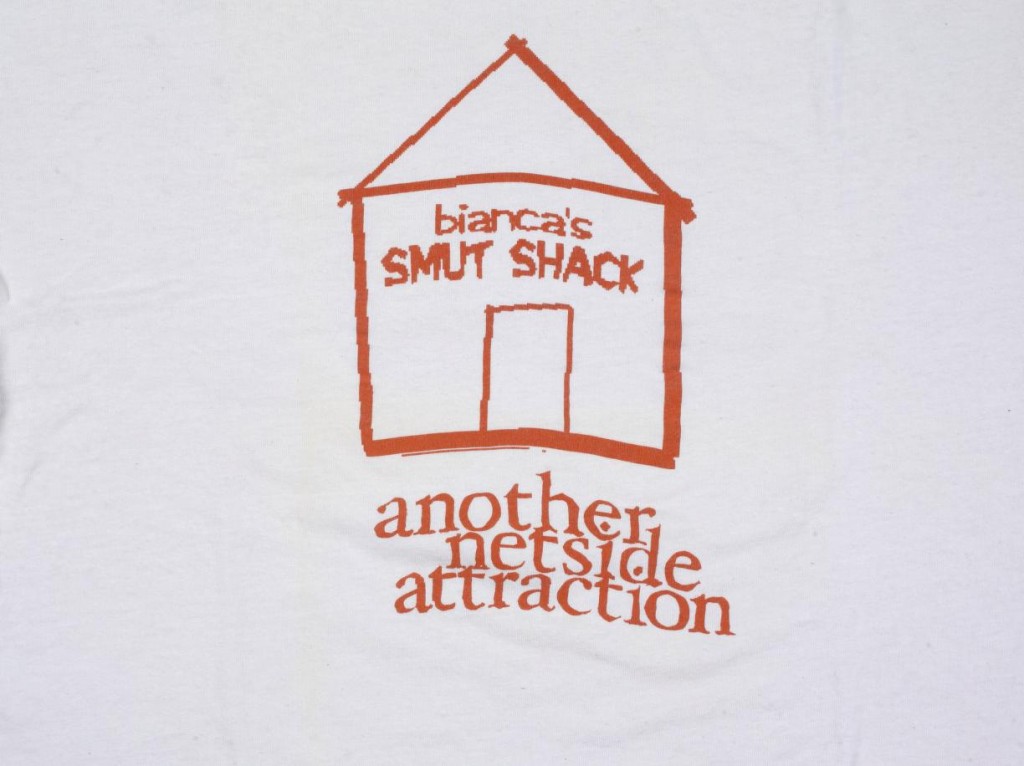 So, on one level, there are people who think I would keep these items, forever and ever, unchanging, never letting the physical objects go away. I appreciate that reputation, but it’s not earned. I mostly keep things that I think need homes and that people either don’t have homes ready, or the world isn’t ready for.

In the case of these shirts, I was mostly concerned that the designs and information on the shirts would be lost – the graphics, the proof something happened, the logo and mottoes that have been buried by time and would otherwise be hard to find. People who want to make new shirts based on these designs would be drawing off the photographs anyway – making new shirts is extremely easy in the modern era, as are drawing graphics based on a provided image to trace over. I’m not worried that the information within them will be lost.

You start to run into harder use cases for the shirts as a whole – perhaps some production company wants vintage shirts for a scene taking place in the 1990s (but they’d just make new ones, frankly, and browse the web for design ideas). Maybe some of the groups within these piles would love old shirts again (but the matching of shirts to willing people who used to have these shirts is diabolically difficult). And, I thought, a computer museum or technology museum might want these materials, but they really don’t seem to.

But I have done my best, and I will be dedicating hours to this material being digitized and put online, so I’m doing what I can, and more than the original destiny of these shirts.

I’m interested in the debate about such things. Naturally the world is full of cases of people saying “If only I had glass marbles” and someone else going “what do I do with all these goddamn marbles”. This may be another one of those. Maybe the heretofore-unknown 100-year old Museum of Old Shirts is going to ask me about these in 3 years. But that’s the froth and weirdness of life. I’ve done my best. Everything else is gravy.

But let me know.