2013 was a really excellent year, by most standards.

Besides the finishing and the release of the DEFCON documentary, I got to travel to many different places and a couple new ones, get the word out about various projects I was working on, and otherwise move forward on stuff I did working on for years. The triumph of helping get a major emulator into browsers has long-standing repercussions that I doubt I even fully understand.

But there’s a downside, there always is.

During this past year, somebody would ask me what I’m up to in the coming weeks, I would tell them, and they would be horrified.

And looking back, they had a right to be: I figured out that I spent something like 220 days of 2013 away from home.

As a result, when things finally calmed down, I realized that my living space was completely unworkable. Packages and shipments have been coming in all year, mail had been somewhat dealt with, and all of my various interests and back projects and everything else but the world provided had converged to make my home into a terrible pile.

Here’s a glimpse of what that means: 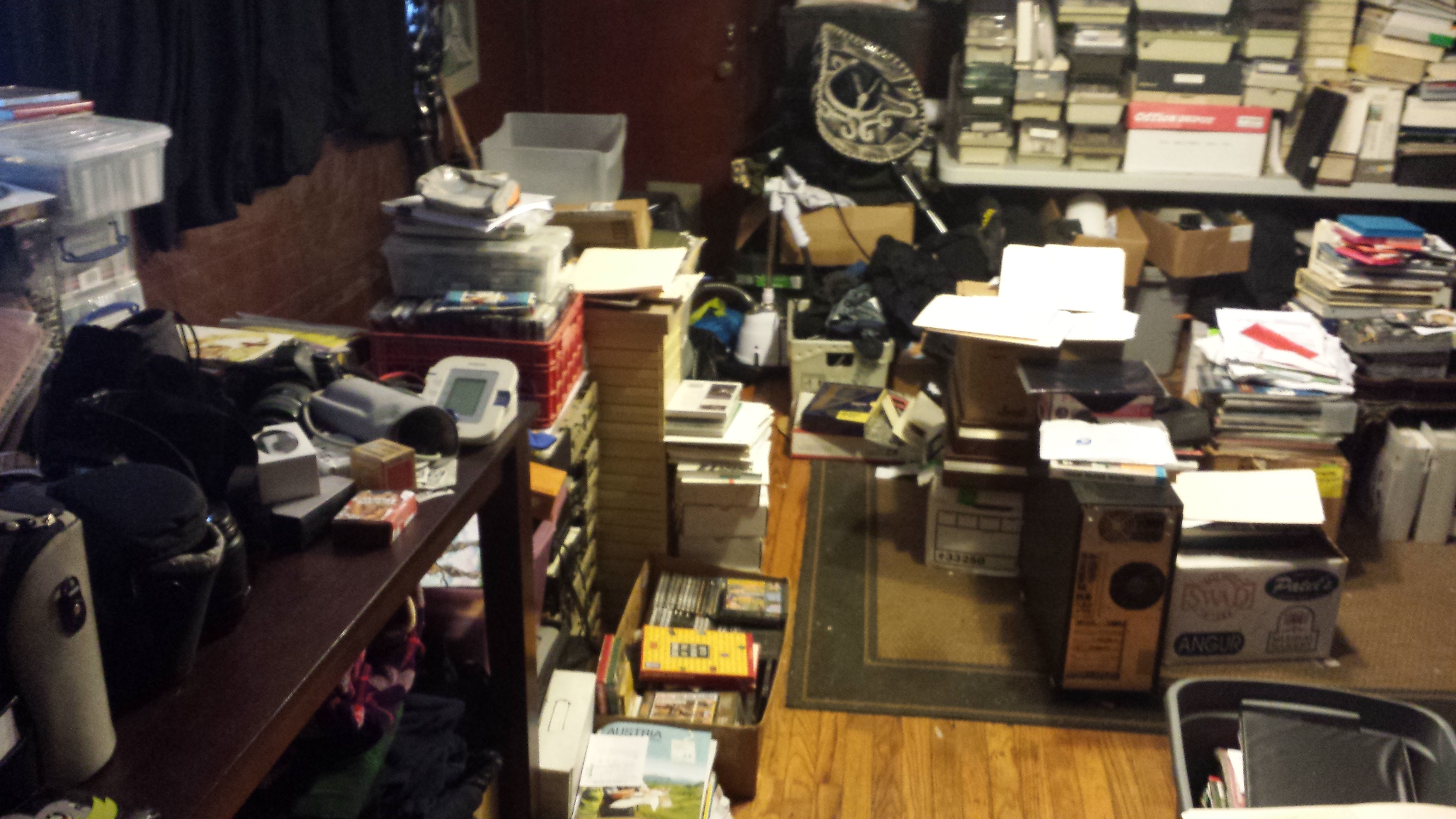 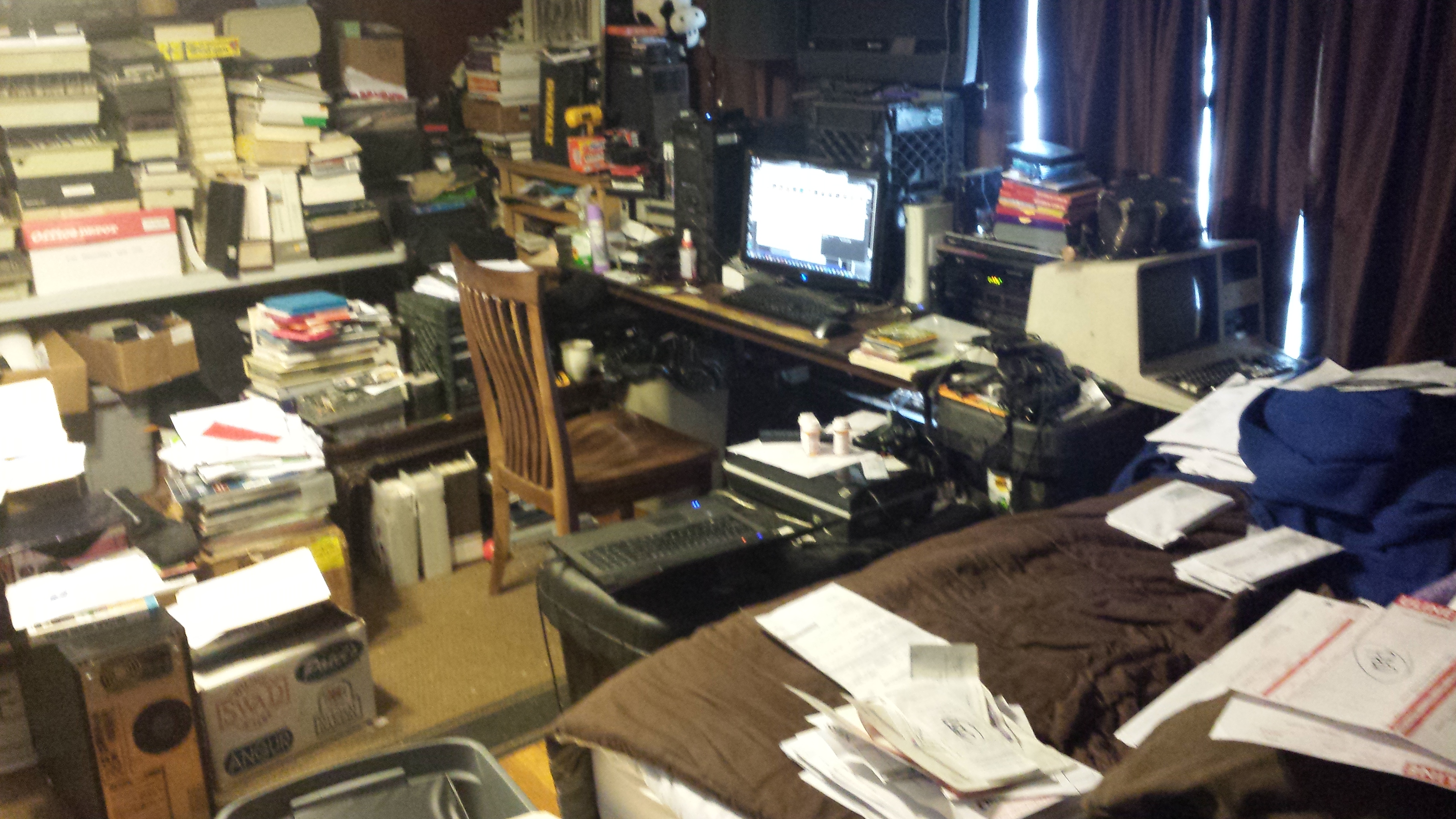 I’d be a fool to complain about the situation. All I’m saying is that it ended up being the case that I built a massive backlog. There are good people on all sides waiting for me to provide them with information, with assistance, with material goods, you name it.

So 2014 begins with me working very hard to knock some of that down. It’s a relatively deep pit, but apparently a pit I can get out of.

I have been steadily cutting back my lifestyle of spendthrift wonder for about four years now. Unfortunately, I continue to fail to get things completely under control. As a result, I have good savings that have been mandated by employers, but my spending money is basically at zero.

This doesn’t count budget set aside from my Kickstarter campaign for my documentaries. But it does mean that I am much less likely to be paying for dinner anytime soon.

Additionally, my taxes are a mess for the past few years. An accountant has been contracted, in this particular pit is being dug out of this well.

I mostly mention all this just to give some context as to how things can be so successful on one hand (talks, travel, interactions) and yet still be a mess when looked up from another angle. The key is to know what to do in that situation.

What I’ve done is finally sit down and realize that 2014 has to be a lean year indeed.

Now, a lean year for me is not such a bad thing: after all my job, my interests, my hobbies, and my fun are pretty much all the same thing. And I do have a couple trips planned for the year, mostly places flying me to give a presentation or make an appearance at the event. So I’m hardly going to become a hermit.

Among this effort to spend more time at home and get things done, is to work on stuff worth talking about and writing about. It’s possible to end up on the speaking circuit and event circuits so intense that you don’t actually do the things you talk about. It was starting to get that way. It’s not going to be that way for the foreseeable future.

Seriously, these are some of the best problems of the world. I’m kind of happy to have them.

Back to the digging.