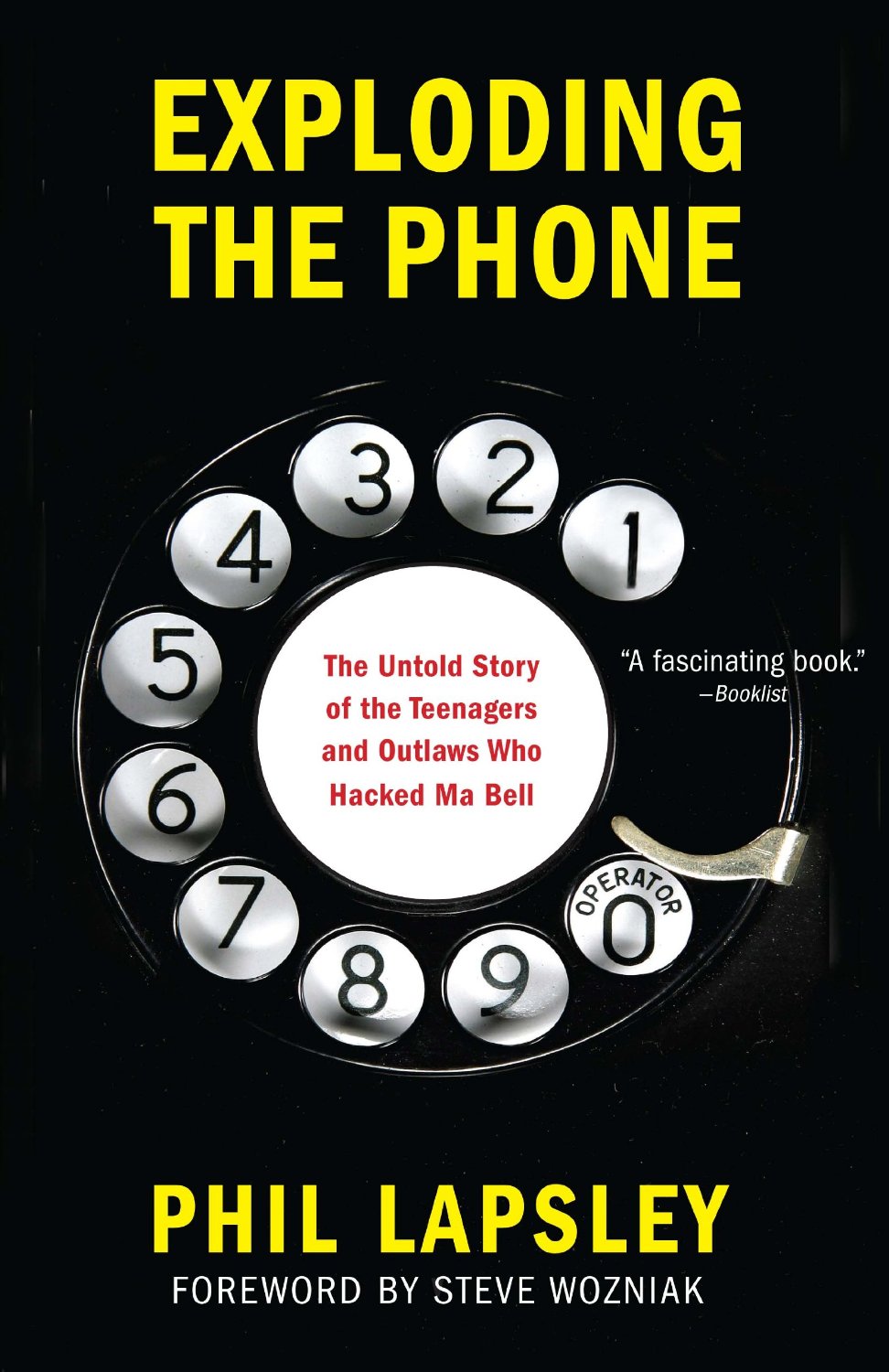 Exploding The Phone is an extraordinary book. Even before it was written, I knew that it was going to be the last word on phone phreaking. By the time I had the book in my hands, all my expectations were fulfilled and I was able to breathe a very heavy sigh of relief.

I’m thanked in this book at the end. That’s because I read an early draft, and had a lot of conversations with the author, Phil Lapsley, about approaches to the subject, and helped him get to a couple HOPE conferences to speak about the subject of phone phreaking. (These presentations, by the way, are excellent: Cats and Mice (2010) Phone Phreak Confidential (2011) are among his best.)

That side disclaimer aside, I was involved with the book because I saw what was going on with Phil’s research and approach, and knew that if there was the slightest chance I might be able to add something positive, I would do it. Why?

Phone Phreaking was a major component of my youth. The idea of the phone system, the weirdness of the world of the dial tone, and the feeling of it stretching so far beyond the small towns I lived in, made it unimaginably compelling. When bulletin boards were the primary communication for me and others, the files that I collected from them about phreaking were like mystical tomes.

Of course, I was doing all this in the 1980s, and anyone who did any amount of research knew that we were in the tail end of the golden age, or maybe even in the post-sunset darkness from the golden age’s end. We all knew it, but naturally there were no stories, no well-researched books on the history from a human perspective with the facts all in place. We didn’t have our epic tale.

And now we do.

It’d have been good enough if Lapsley just tracked down a bunch of phone phreaks (and he does, in amazing amounts and depth), but then he turns it around and interviews the law enforcement and telephone security officials who sat on the other end of the line, trying to make sense of what the phreaks were up to. He pored over thousands of documents, many of them acquired from dozens of FOIA requests, and pulls out all the stops to give us an accurate picture of how it all went down.

From the early discoveries by isolated curious individuals, through to the connections and gatherings of phreaks, through the retooling of phreaking as a revolutionary act, and up through the fading tones of the world of phreaking I knew, this book puts it all down and lays it out expertly. It’s truth talking.

Lapsley worked for half a decade on the book, and has been writing some amazing entries about the process (and following up with even more information) on the official Exploding the Phone site.

The copious end notes and conclusions at the end mention the amount of interviewees who died during the research phase or in the years since. It’s significant – Lapsley even mentioned one older phreak who said “…is it dangerous to my health to talk to you?” He gained a lot of trust to tell this story, and I think it paid off amazingly.

To have such a significant, yet underground story captured in such brilliant detail is rare, especially without turning it into a one-sided hero’s tale. Exploding the Phone is nearly perfect. I have three print copies, all paid for and autographed.

You can’t have too many miracles lying around the house. 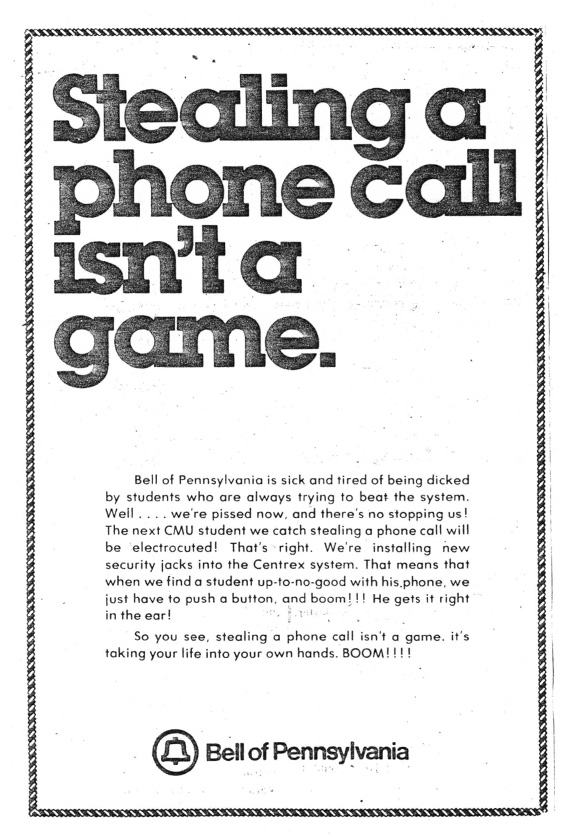