On August 1st in Las Vegas, the premiere of DEFCON: The Documentary took place on the first day of DEFCON 21. Audience attendance was about 1000. Mood was high. There was free beer and the sound system could explode a Volkswagen. My dad flew in from New York to attend. It was a good time. 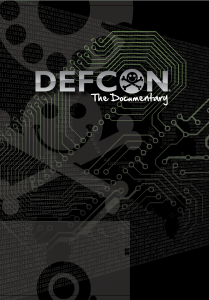 If you weren’t aware, I’ve spent a lot of time across the last 18 months working on a documentary about the DEF CON conference in Las Vegas, which has been held for over 20 years. Started in 1992, this convention of hacking, making, security and tech has been a pretty big influence and story for a lot of people for a long time. I’ve been attending regularly since 1999 and many of my most known speeches have been given there.

I was asked to work on this project in February of 2012, and I accepted. I used the fee from the project to immediately pay off all my credit card debt, which came as a huge relief. From February until, basically, July of this year, I worked on this production, with my other three films being pushed to the background while I got this done.

The main challenge was one of time – everything was flipped from how I would normally do things. Instead of interviewing people about something that happened, I would be interviewing people before and during it happening. Tons of unknowns. Buckets of challenges. And best of all, nobody had ever really had any unfettered access to the DEF CON conference before because they had an iron-clad policy for two decades against unfettered access.

So, spoiler alert, the movie was filmed and is done. Let’s give you all the relevant links right now.

The movie is 1 hour and 50 minutes. It’s about 4 gigabytes to download. There are copies of it on The Pirate Bay that are smaller in size, but they basically re-compressed it into smaller resolution versions, and what’s fun with that? 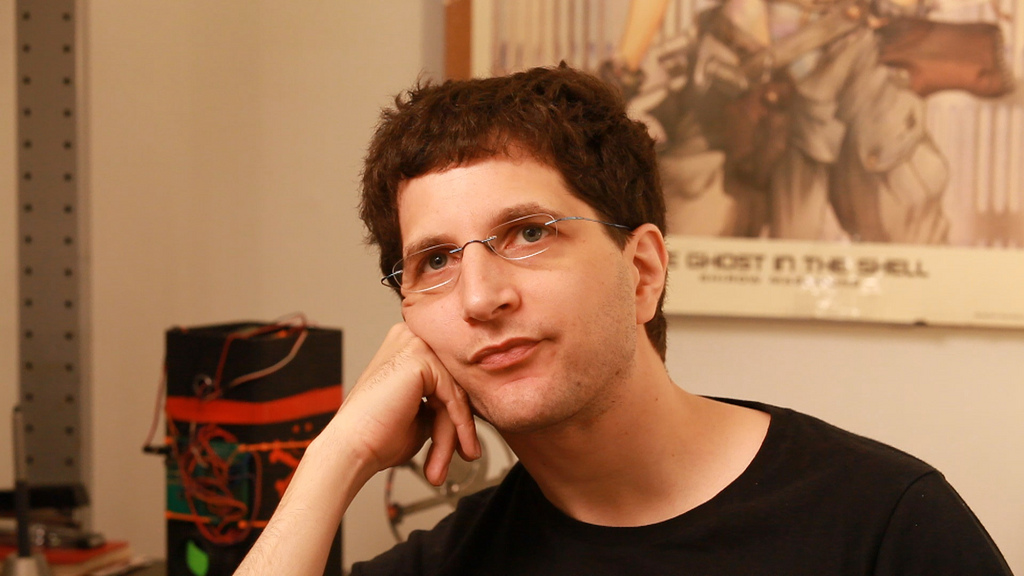 Thanks to the equipment at my disposal from the Kickstarter of some ways back, I had some really nice methods for capturing interviews. I did dozens of these around the country, meeting up with DEFCON management, attendees, and vendors. Before the conference even started, I had around 30-40 hours of footage of people talking about every aspect of the event and hacking in general. This also murdered my summer.

Next, there was the filming of DEFCON itself, which was a different sort of murder – with up to 20 hour days, lots of walking or driving my Segway, and dealing with an in-process event. Luckily, I had the best crew ever – Rachel, Steve, Drew, Rick, Eddie, Alex, Kyle. 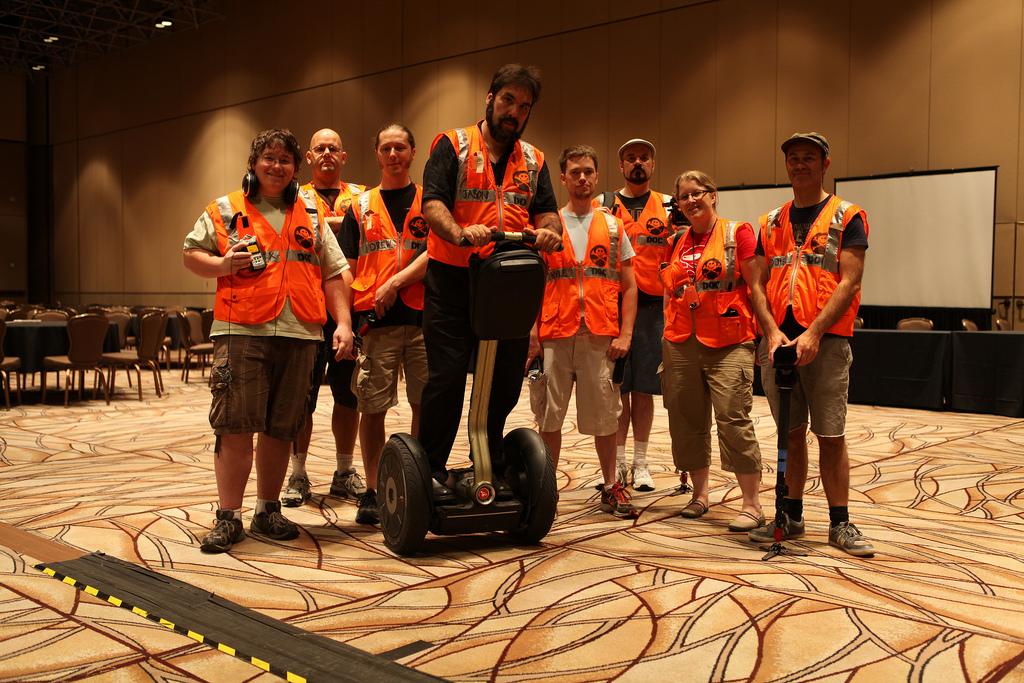 We’re in bright orange outfits because one of the ways we came up with to compromise with the no-photos policy was to make ourselves really obvious and then I’d later remove anyone visibly freaking out that the documentary crew was there. That worked out pretty well. DEF CON is now an old enough and large enough conference that the real “no photos of me, no knowing my name, no recording anything near me, no personal details” crowd has long since moved away or into other endeavors. There’s still a few folks understandably unwilling to be involved in such silliness, but between the vests and the obvious filming, we got by. 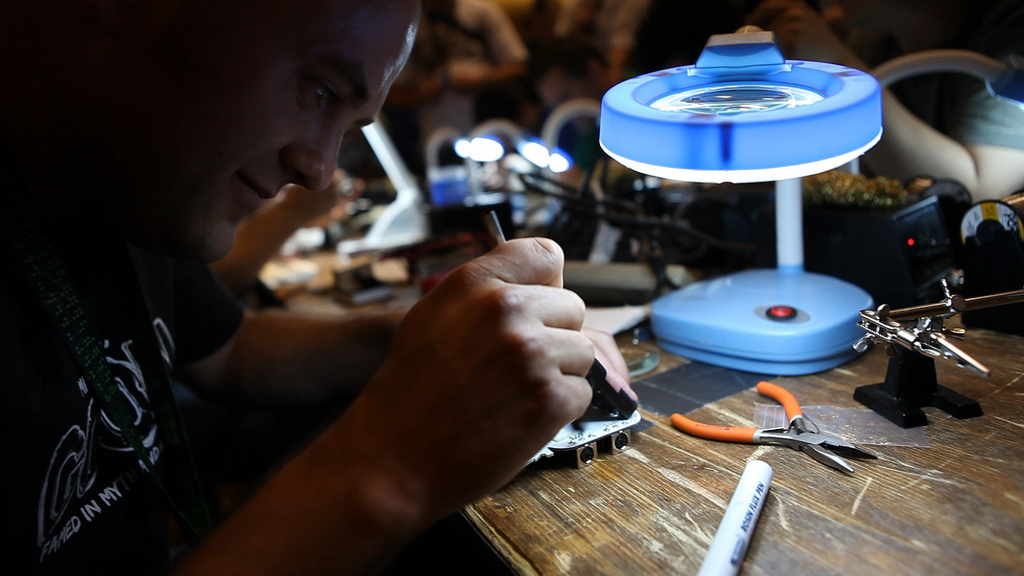 It’d be redundant to describe the event, since, you know, I made a movie about it, but suffice to say that it’s not just a bunch of presentations inside conference rooms and a strict agenda with a keynote each morning and bagels and butter waiting on tables for lunch. DEF CON is a massive, thriving, varied and strange gathering of people, one I’ve been part of for over a decade and which brings the stories by the bushel. My problem wasn’t having us film interesting things – it was trying to figure out how to shove all those interesting things into one single block of movie. 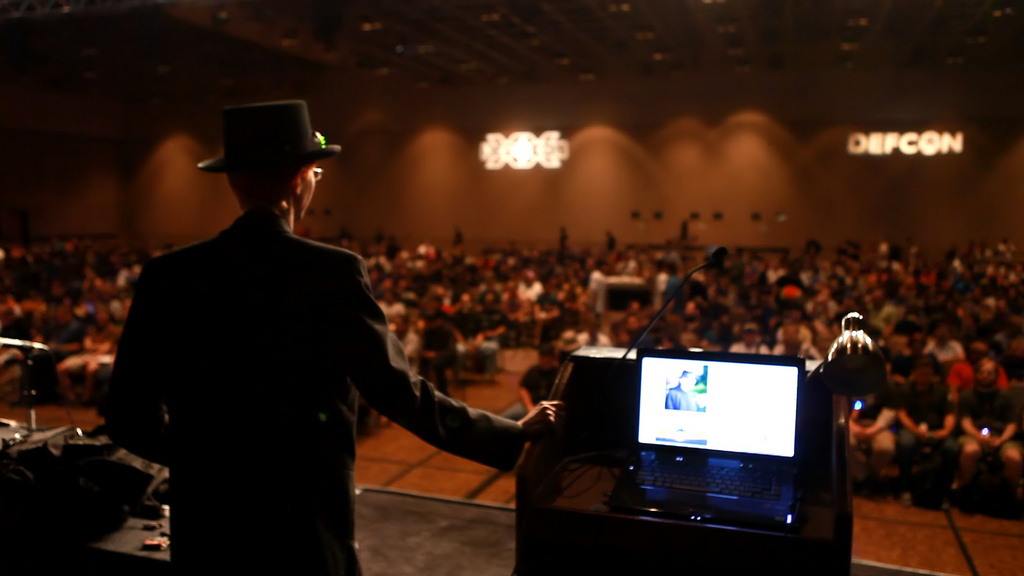 On the organizational side, Jeff Moss (The Dark Tangent, founder of DEF CON) primarily wrote the check and then backed off, letting me put the movie together as I saw fit. Russ Rogers, a longtime DEF CON organizer, was the go-between for a thousand little questions and approvals regarding getting things done. Rachel Lovinger, the producer of the whole mess, got to deal with my insane flipping out about planning and process, something I’ve done entirely differently with all my films before and likely after. And then there were the people running the event, watching these orange maniacs run through. Somehow, it all worked out. 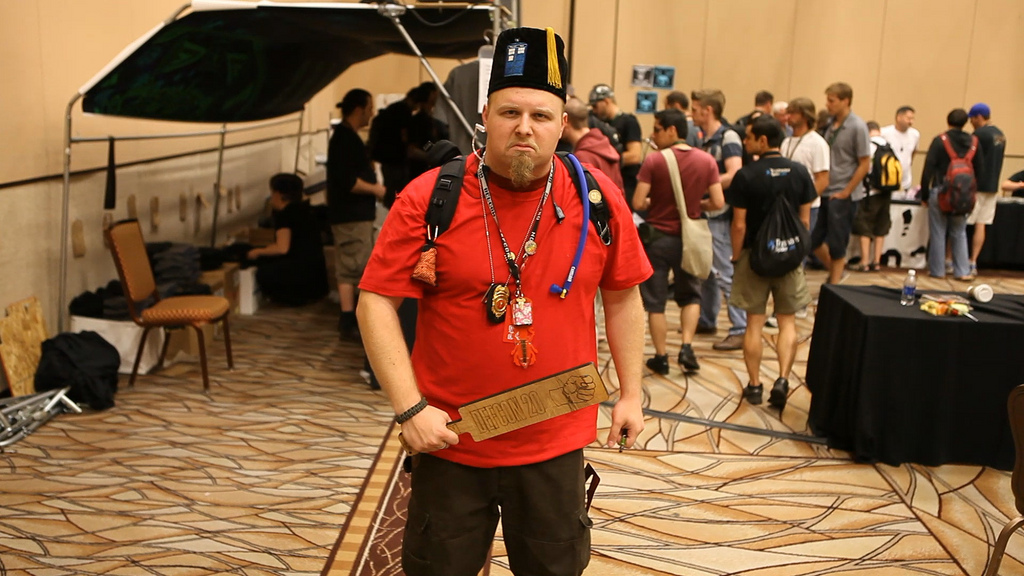 Am I happy? Yeah, I’m very happy. As I’ve been doing some initial searches for reactions to the final work, I find people either really like it or really hate it. This puts it right in line with the other documentary work I do, so I’m gifted with folks who just adore the movie. At DEF CON itself, I was having handshakes and thank yous from a wide variety of people, an endless stream of bee-lines across hallways for people to thank me. Is that top-flight payment or what? 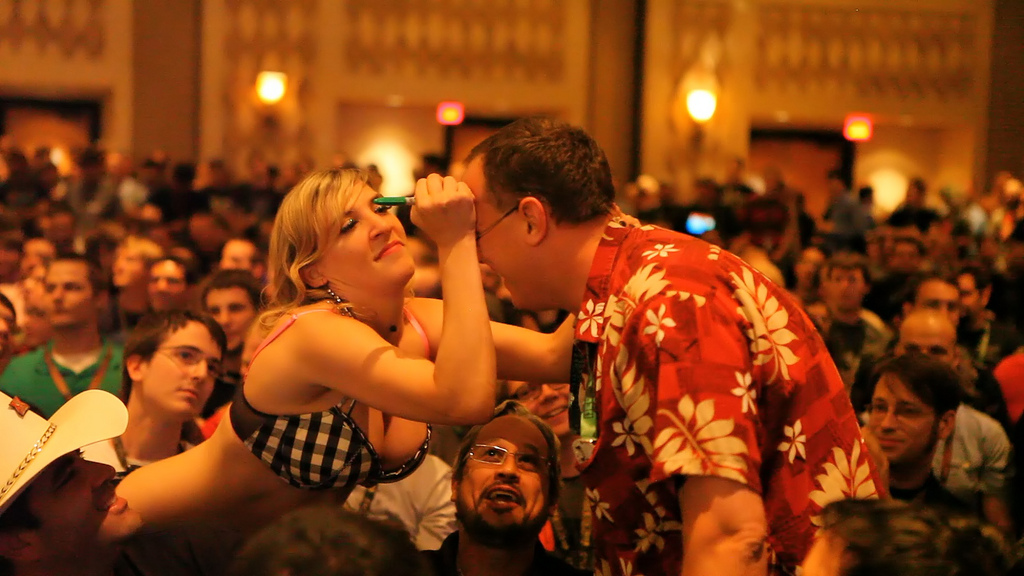 It is a visually rich film. Many variations of characters and events happen. There are moments of sadness, joy, and pride. I wanted a film that would have meaning to people who have never gone, or who have always gone, and even people who used to go but no longer do. It was challenging to turn what was ultimately 280 hours of raw footage into 2. I could probably teach a class on all I learned on all aspects. Rachel Lovinger and I gave a 90 minute presentation at DEFCON about how this film was put together, and at some point that’ll be up and public and I’ll link to it. Suffice to say, there was true and honest hard work on all sides. It was a boot camp and it was paradise. I’d do it all again. 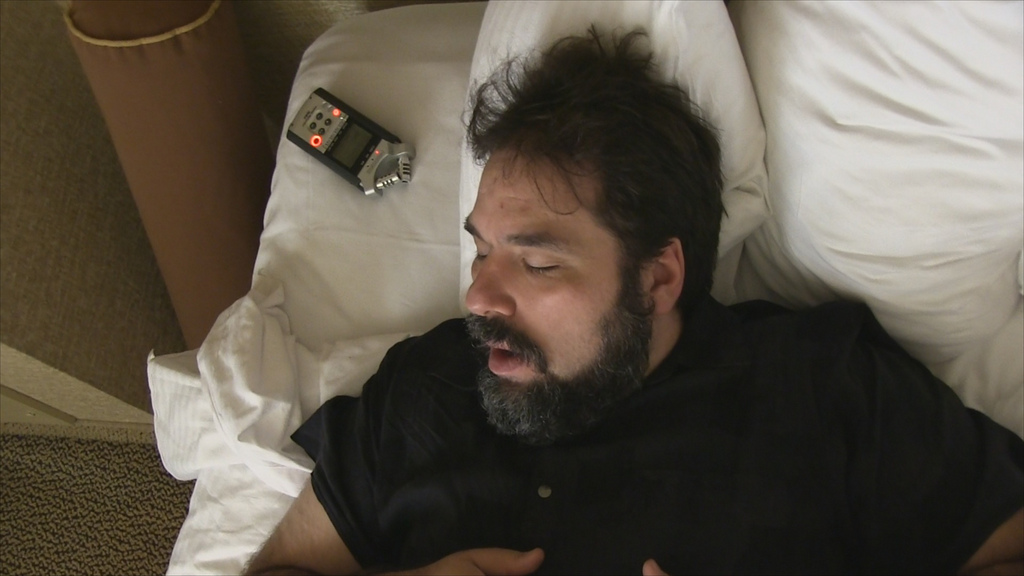 If people have questions, I’ll happily answer them in comments. Otherwise, download the movie and enjoy! I’ve now got three other films to get back to, and this one enters the history books (and IMDB). That’s a wrap.