So, very quickly. SOPA is just the latest in really stupid laws that are intended to change the very nature of online life (along with a lot of aspects of offline life) to bring the Internet in line with the “real world”, e.g., Shit.

It was made by people trying to fundamentally change how this internet thing works, in ways that it can’t possibly. Granted, a lot of people have given up internet for internet-like things, but bear in mind that a single cellphone, that is, one individual’s cellphone, running 4G, has greater bandwidth than the Internet Backbone did in the early 1990s, and you see how far we’ve gone in so short a time.

A lot of people are talking about how the SOPA (Stop Online Piracy Act) is a piece of crap, and it is crap. I don’t have the interest or the taste in going deeply into that, because people who are much better at being all legal-wrangly-nutty can do it. No, I only want to speak to one thing, and even that is mostly in the realm of preservation, my big passion these days, and by “these days” I mean “that I’ve been alive”.

When what we think of as “Domain Names” started up, it was a volunteer side-effort of registering names, one done by hand and totally unreliable in terms of turnaround. You can say what you want related to what came next, but they were kind of Bad Old Days. If a domain was offensive, or they were busy that week, or anything else, you had to basically hope the forces mixed together and you got your domain name. The process of changing domain names, of doing a lot of other domain-related transactions, was weird, slow and stupid. Somewhere around there, I got my COW.NET domain, which I still have.

Network Solutions were slow-moving, unresponsive, dull assholes.  Network Solutions also had a defacto monopoly,  and once they started charging for domain name registration, you got better response, and they got a fuckton of money from domain name sales, and domains weren’t cheap. Let’s be clear about that: $50 a year.

A decent enough showing of how weird those pre-money times were is in this 1993 Wired article.  Joshua Quittner’s a bit of a toolbox but the article serves the function, so there you go. Wild and wooly, slow, and unpredictable. And after the monopoly kicked in, it was wallet-rape city – remember, Verisign bought Network Solutions in 2000 for 21 BILLION DOLLARS.

So imagine when the monopoly was broken, and a chance arose for someone, especially someone like me who’d been doing domain names for nearly a decade, to get domains much cheaper, that is, $8 a year. Well fuck yeah! Thus I and others started going to these other domain registrars, doing our best to make sure they were in some way legitimate. I went with two: EasyDNS for stuff I cared about, Go Daddy for stuff I didn’t quite care about.

So, EasyDNS is fucking perfect. Let’s leave it at that.

Go Daddy was mostly a case that they were cheap, and their interface was somewhat easier to use, especially compared to Network Solutions. Network Solutions had done some sketchy shit in the past, in one case utterly breaking DNS. At the time, if someone had put a hammer in my hand and gave me a free flight to their offices, we would have had quite the news story. In this environment, anything looked better, EasyDNS was expensive (but awesome!) and the domains I only somewhat cared about went to Go Daddy. 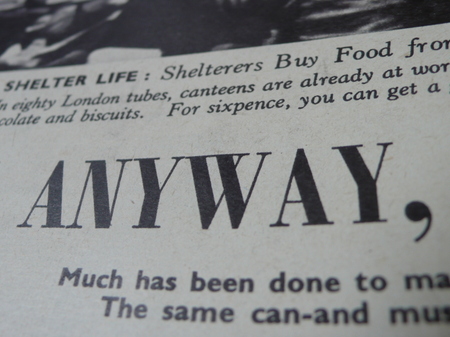 DNS and domain name garbage are like funerals and busted water heaters. You don’t want to deal, when you come into problems it’s usually under duress, and when it’s all over you stop thinking about it until the next time.  Such as it has always been with me for Go Daddy.

Most of the time, with Go Daddy for me, it’s been “Oh, I need to register something hilarious (or somewhat hilarious – I’ve owned INAPPROPRIATELYDRESSED.COM or DISRESPECTCOPYRIGHT.ORG and many other things of that ilk), I don’t want to spend any money, I don’t care too much…. OK, off to Go Daddy.” Once I’m there, I’m reminded how much of their business is trickery, deception, misleading user interface, endless endless endless endless add-ons and attempts to make more money from you, and finally a shit-ball storage of your stuff. But in the end, the domain registers, it “works”, and I’m done, and I can go on making the joke site or whatever.

Somewhere in there, Go Daddy went from “bargain basement generic registrar” to “sleazeball make-ads-that-piss-people-off jingoistic hey look at me fuck you pussies registrar”. Now, as someone who did contract work for ROTTEN.COM as a writer and who uses “Fuck” as an adjective, I’m content with anyone being all controversy-and-tits and putting a stake in the ground, with business being gained or lost by those clear and present actions. It’s called “taking a stand”. T-Shirt Hell, which makes offensive t-shirts, had this schtick for years and has always kept that schtick – great. So it was with Go Daddy.

See, but now things have come to a head. It turned out that not only was Go Daddy happy to put their names supporting SOPA, which is a hell of a restricting, dangerous, and censoring law, but they’d helped to write some of it and, even more offensively, were exempted from it. In other words, they’d found a way to be as legally and liberty-crushing offensive as their ads and their posts and declarations were liberty-defending. In other words, hypocrites.

So, a bunch of people, including myself, are beginning to leave Go Daddy in droves. I have about 20-30 domains with them, and they’re all leaving. This process, you will not be surprised to hear, is somewhat laborious, with Go Daddy throwing ALL sorts of things in the way, including spectacularly crappy and misleading tricks (you unlock a domain to allow transfer by clicking on a menu called “Locking” and then unclicking a box that says “lock domains” and then hitting the button), and then a waiting period. Plus, I know better than to do all my domains through a process at once without testing it, so I’m only doing one minor domain first, going through the waiting period and then making sure it’s all kosher, and then off I will do the rest. Go Daddy may call me about this – I have a “celebrity” domain which they have a specific call center number devoted to. Really. And best of all, it’s Sockington.

But when they call, they can take a flying fucking leap. We’re done.

When the shit rained down from the world over the SOPA thing, Go Daddy thought they would have their legal counsel explain, point by point, why they were going to say Fuck You and keep supporting SOPA. They wrote a pretty massive weblog entry, actually.

Once people really kicked in, moving tens of thousands of domains off Go Daddy, well, then the fun began, and Go Daddy announced they were “reversing” their position, and that they still saw a need for certain protections, but SOPA was apparently not it, and oh fucking god please stop leaving us in such massive droves and please we’ll do anything you want goddamnit we have children ACTUAL KIDS HERE that need clothing and shelter and we went too far.

First of all, the best part was they’d still written the law, and were still exempt, and were still officially supporting it. All they’d done is made a new weblog entry to try and placate the mouth-breathers, the utter morons they think their customers are who think the tits-and-controversy image was fucking awesome and just wait for them to no longer care about this and we can all go back to the upsells and the deception.

So, in that way, they DELETED THE WEBLOG ENTRY DEFENDING SOPA.

Here’s your lame-ass defense, permanently enshrined. Go suck a banana. My domains are leaving you as soon as possible. I hope everyone leaves. Go into the ground, put a plastic bag over your head, and play astronaut. You’re done.

The original weblog entry you hid:

And here it is as a .zip file. (A huge thanks to Vitorio Miliano for sending this along.)

Anyway, back to my regularly scheduled Merry Christmas.