When I closed down the first incarnation of my BBS and went to college, I got contacted by a young BBS user who’d enjoyed my board when it was still up, and asked if he could continue it. He did, and The Works BBS lived on for another solid decade before being dormant for the time being. (Time being, that is, for yet another decade.) This second incarnation, a second chance, introduced me to an entire social group of young hacker and computer-using types, many years younger than me, who all did their own little versions of what I’d done in my teens, except with slightly faster hardware and a propensity to drive cars, which I myself didn’t do until my late twenties.

It was a striking miasma, all these kids, and through the BBS meets and the hanging out and the online chatter, I lost track of a lot of them. I don’t mean in years hence – I mean at the time. I could claim part of it was that I was attending college, after all, but it was also just a feeling of being the old guy and concentrating more on conversations and events more than names and faces. But, of course, some stood out. Personalities, events, particularly biting commentary or drama – a few got through my fog.

One of these was Tim, and he did it in a pretty spectacular fashion. 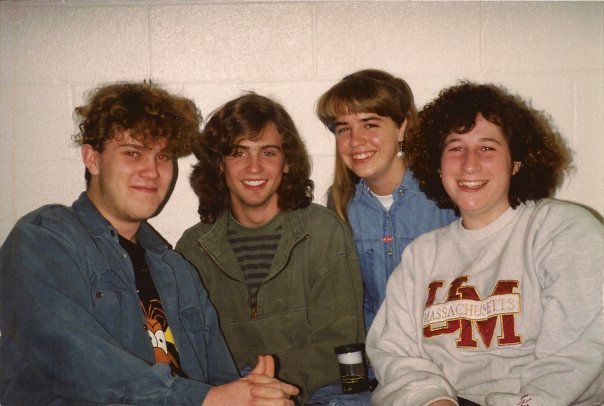 That’s Tim on the left there, with the Michael Binkley hairdo and the smile.

Like I said, he’d been around in the “scene” that I was at best a tangential old guy in, and he’d even been a co-sysop on the BBS (I was an honorary sysop) and had written his share of messages, under the name “Redline”. Or “Netrunner”. He used both at various times.

One day, I was informed that Tim had been in a car accident. A really bad car accident, one of those you’re not supposed to walk away from. He’d been in the crash with his girlfriend at the time (who’s the lady on the right side of the above photo). It was all supposed to be pretty terrible, and after all he was a co-sysop, so in a very rare event, I went to the hospital. At the time I avoided hospitals to the best of my ability, and my avoidance abilities had been pretty good – I’d probably walked into a hospital as a patient less than a half-dozen times and I’d basically never really visited anyone in them. But this one seemed worth the time.

What I remember, besides how uncomfortable I was in the hospital, is that Tim, in his bed, was friendly and cheerful, and had the most amazing fucking scar. We’re talking just a massive gash from ear to jaw, one of those scars you usually have to call Rick Baker in to whip up.

Naturally, I eschewed any sense of propriety and respect and demanded to know everything about it. Had it cut off some nerves? (It had, one of his eyebrows couldn’t lift anymore) Did they think they’d be able to work with it? (Nope, it was going to be permanent.) I just grilled the poor guy silly about it, and when his girlfriend came in with a head gash that was also quite amazing, I asked about that too.

He healed up and she healed up, and except for the different large scar they each had, they basically walked away from this terrible accident with no after-effects – truly, a second chance at life.

Every time I ever saw Tim again, I’d ask about the scar, and over time it healed over, was quite visible, but still, in my opinion, awesome looking. It was a scar that said “don’t fuck with me; I killed and ate your worst nightmare last week”. Too bad it was attached to such a fun and friendly guy; it totally ruined the effect.

I’d known Tim since his teens, and as time went on and I became Mr. Historian Guy and spoke at DEFCON and went to other events, I’d see him here and there. I was, again, my usual rude and light-patter self and when he introduced me to his new lady who became his new wife, I apparently decided that since we were in Las Vegas, she needed to learn how Roulette was played, and I took her off and taught her over the course of several hundred bucks. Which we lost. The perfect lesson.

So that’s the way it was, Tim being one of the people I’d remember when I saw him, but not hanging out or anything like that. Just doing our things, separately but running in some of the same circles.

The news came, as it contemporarily does, through facebook. Murmurings in messages, posts here and there, and then some twittering, and all of it said the same thing: Tim had died.

That’s not a very good combination of phrases to put together. He’d just gone, poof, no warning.

He left behind a wife and daughter, and a lot of memories.

At his wake, I decided he’d always known of me as the bombastic paternal figure of the social group, who jumped in, did wildly inappropriate things, and then went on, leaving stories and wide eyes in my wake. So before I went in to see him, I checked into his funeral home on Foursquare. It seemed the right thing to do.

Tim was there, as was his family and friends and many of those same kids I’d known from the BBS days, the ones with the fog about my memories and who all had grown up themselves, to their own states of maturity and being. Tim had two things in his casket that I recall: the keys to his Mustang (he’d apparently loved that thing more than a person reasonably should) and a big ol’ pair of bunny slippers. Style.

I idly checked, seeing if some well-meaning individual had made some effort to hide Tim’s scar. They hadn’t. Awesome. That was an awesome scar. But it was on an even more awesome guy. Redline, Netrunner, Tim.

Hackers don’t die, they just get their docs dropped.

His name was Tim Recher, and he was my friend. 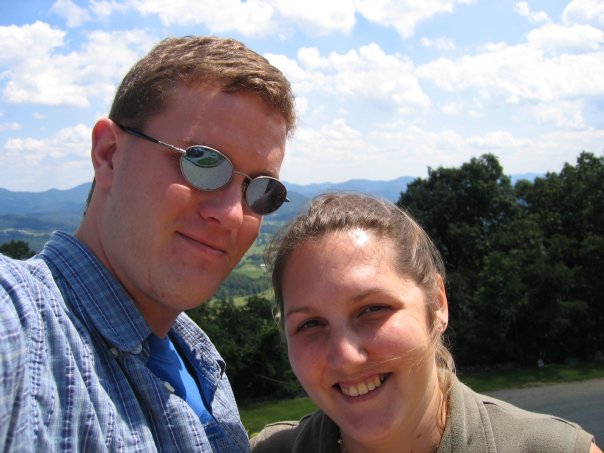 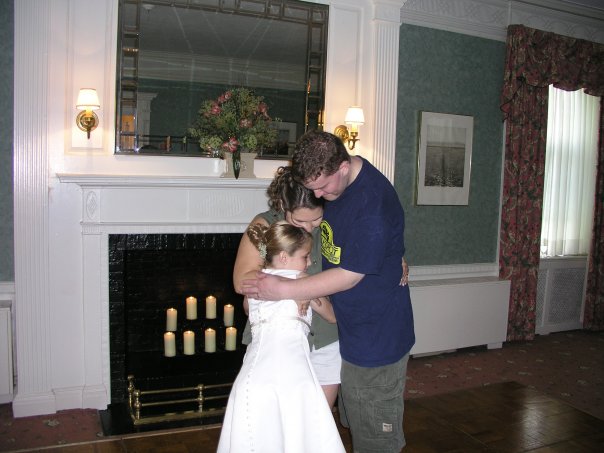