Well, that took quite a bit of time. 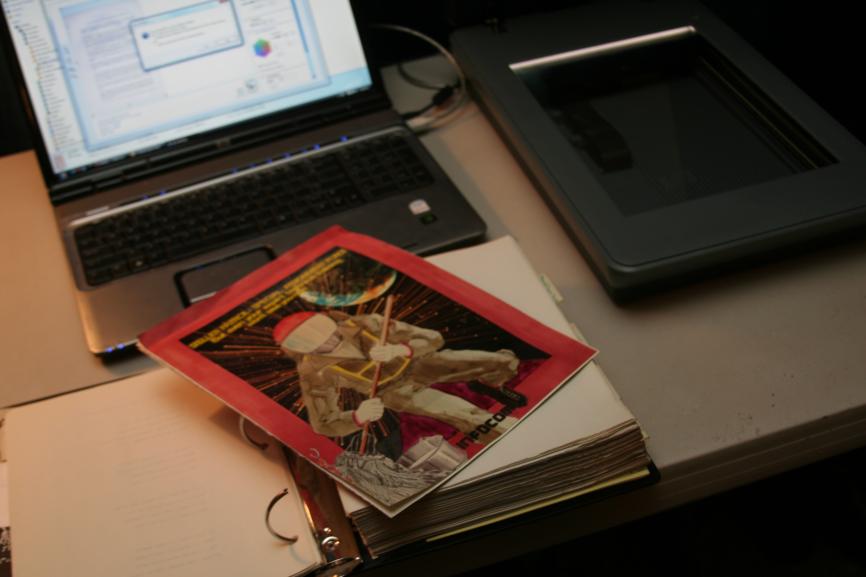 To recap. Some time last year Steve Meretzky let me go into his basement and scan a selection of items for my documentary. Some time later, I asked if it might be possibly to fully scan some of these notebooks and documents, for posterity. Steve agreed, which was a huge showing of trust, as they’d never been out of his possession. So he started lending me notebooks, and I started scanning them.

This week, Steve’s house was sold and he has moved permanently to California. (Massachusetts is poorer for having lost him, but on the other hand he’s much less likely to slip on ice.) In the time since I’d first proposed this project, he’d made arrangements to have all these papers and artifacts donated to an archive, the identity of which I will leave up to Steve and the archive to discuss publicly. The upshot is, he could have called my project to a halt, but he didn’t, and only the logistical situation of the documents going elsewhere did so. There, a full-time person has been assigned to curating the documents, so they’re in a good home.

So, in rough, here’s what I scanned:

Some of this doesn’t really have a place out in public, but Steve gets a copy of the scans. I just barreled through entire folders as much as I could. Other stuff might have a place in public. To ensure nobody is left regretting I was allowed to do this, a range of quality control has to happen, wherein private information is excised (for example, lists of the home addresses and phone numbers of playtesters), while other documents saved which are written by non-Steve people need to be signed off on by the people who wrote it.

Obviously, I have a movie to finish, but my hope is that eventually archive.org will have a collection of very nice documents indeed. When that will happen, I don’t know. How, again, can’t really define. But there’s some amazing stuff in here, and well worth the time I spent scanning it.

I didn’t get everything – there’s probably another 4000-7000 more pages of various bits that could stand to be scanned.  But I feel like I did my part. I don’t know if the archive will want my versions of the scans, but they’ll get them and if they help someone spend less time scanning and more time curating, that works out for everyone. It’s amazing stuff. It should be saved.

So there we go. I’ll let you know if there’s an update on this project.

Long live Meretzky! Without him caring for over 20 years about this history, we’d have nothing.