So on the whole trend of getting healthier, I’ve made great strides, regardless of the irony of the whole rest of this entry. I’ve lost weight, been working out regularly (although sometimes that has to simply be an hour of running and little else), and people are noticing Something Is Up. I posted this photo some time ago: 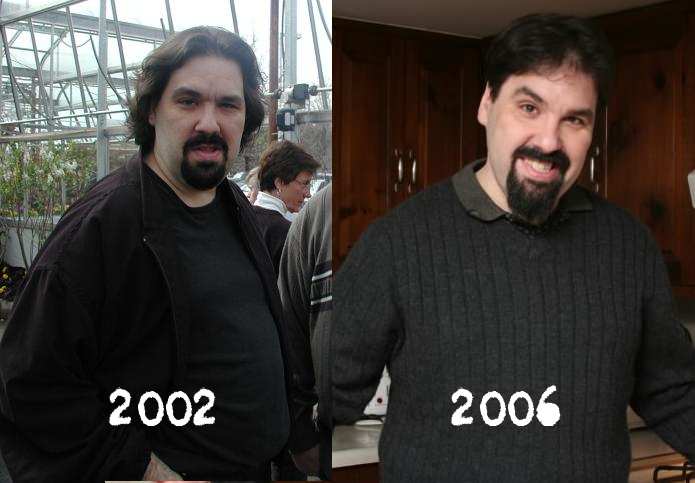 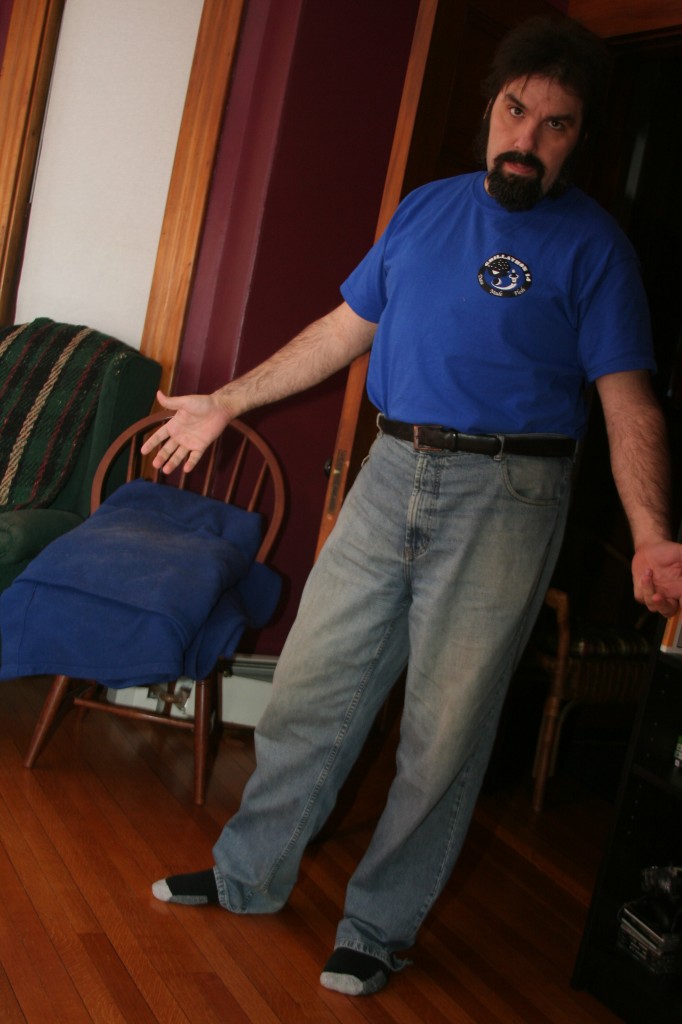 So I either look better, the same, or worse. I know I definitely feel better. I’m no athlete and I’m certainly getting older, but I can walk down the street or in public spaces and not be a part of the “how are you kept alive” crowd, so that’s something.

I had been asked to give a talk for the ACM group in Lehigh University in Pennsylvania last year, but scheduling conflict made me cancel rather unpleasantly close to the date. I promised myself that when they offered again, I’d clear my calendar. They did, and I did. So on the 27th of March, I drove down and spent a few hours with some excellent people.

That Friday, I started to feel a little dizzy and tired, but I figured it was just a matter of the 4 hours of driving I did. But by Saturday, I was feeling pretty bad, with dizziness, aches and pains and fever. Something was wrong. I figured it was either food poisoning, or flu or something. I slept a lot.

On Sunday, I travelled to my friend Chris Orcutt’s house to work on a book proposal with him. Unfortunately, I thought I’d gotten over this thing and I hadn’t. Within a short time at Chris’ I began feeling even worse. Like, projectile vomiting worse. Which is really an awful way to be a guest, in any culture.

Eventually, when the shaking kicked in, I asked for a lift to the hospital. Chris had a choice of nearby Vassar Hospital or a smaller hospital in neighboring Connecticut. While the irony of going back to die in the exact hospital I was born in is cute, a bigger hospital usually means a bigger wait, and Chris thought the smaller hospital was the way to go. So we went to Sharon Hospital in Sharon, Connecticut. Here’s me giving the thumbs up in the emergency room. 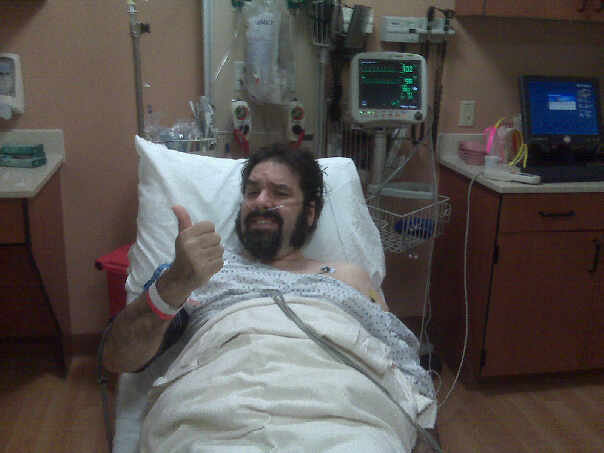 I was given some liquids (I was severely dehydrated), some anti-nausea medicine, and was informed that I had terrible blood pressure and a heart murmur. Only the murmur was a surprise.

I was put into an intensive care unit, where they gave me drugs aplenty, getting rid of a lot of my symptoms, and allowing me time to both keep working on the book proposal and take some little pictures with my newly acquired blackberry. Hence this assery: 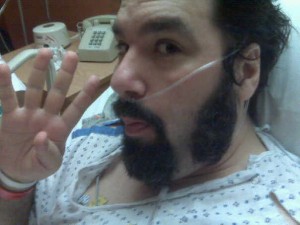 The murmur calmed down when my blood pressure stopping being ‘yo gonna die’, and while I was having 14+ bowel movements a day, drugs eventually calmed things down a lot.

I have no point in mentioning all this: I got sick, and then got better, and in doing so learned I needed to get my blood pressure under control and stop catching viruses because those things suck. I was discharged the next day, and through all this, Chris hung out with me, kept me company and even went out into a terrible storm to get me a danish. What a buddy!

This slowed me up on a few things, and gave me way too much time to think, but I’m on the mend now. That’s all.

I’m shooting for what the hell happened as a weight goal, though.