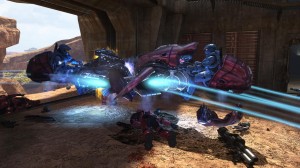 To everyone I have ever played a game of Halo with, who was spectacularly good when their levels indicated they had barely started within the game; to all those folks whose profile implied they were but mere novices in the Halo 3 universe and yet showed surgeon-like precision in playing against me, utilizing tricks I’d never seen before… I apologize.

I thought you were playing the game. To that end, starting over with a new account so that you would be matched against folks slowly gaining in rank and skill and who were unbelievably overmatched by your tsunami of Halo-induced terror.. well, that would be a dick move.

But today, while talking with a young sprite I’d been matched up against in a doubles match, and faced against two users whose names were, I am not kidding, you can get and it on ebay, a new perspective was foisted upon me.

I know I will sound sarcastic and mean here, but I’m not: this explains everything. It’s a total load off my mind. I was trying to figure out this insane, bizzare behavior by some of these guys. They would have 20 games under their belt and be just massively ranked up. And when they played, well, fuck. They’d run through deadly power drains, run straight at me, drop down from high heights to crack my shit up. It was like fighting The Alien over and over, and I kept wondering what joy there was in playing like an insane kamikaze in a game that encourages, at least peripherally, some strategy.

But see, if it’s for money, then it all makes sense.

What they do is get the accounts up to the top tier (Level 50) as fast as possible, and then sell it on Ebay. Go do a search for “Halo” and “50” and you will see “Halo 50 for Sale” and “We do Halo 50s” and even the scratched out beginnings of a competitive market, with laudings of “we do any variant” and throwing around words like “guaranteed” and “ready to go“, indicating they have, of all things, a stock.

Oh, the confusion and anger that has drained away from me. Â These aren’t players, these are wage slaves. They’re not playing a game, they’re at their second job. With this cash, all manner of pot, beer, road trip, food and accessory money is being made. They’re hustling. I can get behind hustling.

Shit, son. Do you know how I made money from 1993-1995? Let’s make that one clear. I used to draw caricatures while dressed in a cow suit. I should make a whole weblog entry on that, but let me just say, that when I was out there at 10pm, dressed like a moron and taking it from crazy college drunks, hangin’ with the homeless and listening to that completely burnt out musician play “No Woman No Cry” for the hundredth fucking time, it was because I’d walk home with a couple hundred bucks. Money I used to pay rent, or be able to take my date out to a nice place, or otherwise get myself a little something to get through the day. That’s right. I’d buy 100-packs of 3.5″ floppies for my Amiga.

I know, I know, a lot of you are going duhhhhhh but that’s because I didn’t think it through. I play Halo because it is a game. I forgot how far things had gone. They’ve gone quite far indeed.

I’ll let you guys have a pass next time. After all, times are tough. And when you’re at the bottom of the wage barrel in an online sweatshop, a little hand up anywhere probably makes your day.