I interviewed Rob Swindell for the BBS Documentary. At the time, he looked like this:

This is, believe it or not, officially 6 and a half years ago. Time really does fly! Â And if you need any further proof of that, his kid was asleep next to me during the interview, here:

And here she is (with younger sister and mom) roughly nowadays:

It is awesome for me to be this old.

Rob’s interview took place around 1 in the morning, too. As I wrote in the journal entry for this particular interview:

I entirely misjudged how long it would take me to drive to Los Angeles, and by the time I got in, it was very late. It was late enough that Rob Swindell’s wife got on the phone when I called in and said it would probably be a good idea for me to sleep somewhere, and not risk crashing the car pushing myself. As it was, I was less than 20 miles from their house at that point, so I went for it. Rob and his wife were very gracious to have me show up so late for an interview, and although the footage doesn’t demonstrate it, it is in fact not an appropriate hour for people to be showing up with cameras.

One thing that’s important to demarcate for Rob over a lot of my other interviewees was that he was one of the few BBS software authors still actively writing and maintaining his software. In fact, he still maintains it to the present day. Add on top of this that he was originally a commercial developer of the software, closed the business, and then turned his product into a totally free one, and you start to see why his perspective was so cool.

Just to bring up one bit of back and forth; Rob and I disagreed on the tone of my movie (it makes it seem BBSes are over) and I completely agree with his position. It was a total oversight on my part. Â Here’s some of the original debate about it. We settled this a long time ago. He rules. I rule. Everything rules.

Anyway, Rob, not content to just merely maintain his software and to keep his work alive, andÂ to do so basically for free, andÂ have a full and cool life besides, recently compiled a whole bunch of material related to Synchronet into a museum. Here is his Synchronet Museum, which I have mirrored on bbsdocumentary.com.Â

Rob’s attitude in the BBS Documentary as he appears is that of feeling like if you weren’t part of The Club you tended to get shut down or out of a lot of the happenings in the BBS “Industry”, and that he felt like an outsider or not being given a fair shake. His full interview will be on the archive.org collection soon, so you can hear his full discussion, but one of his points is my favorite because it involves a blimp.

At ONE BBSCON, the BBS Conference held by Boardwatch/ONE Inc., the Synchronet company had a blimp. A big ol’ blimp: 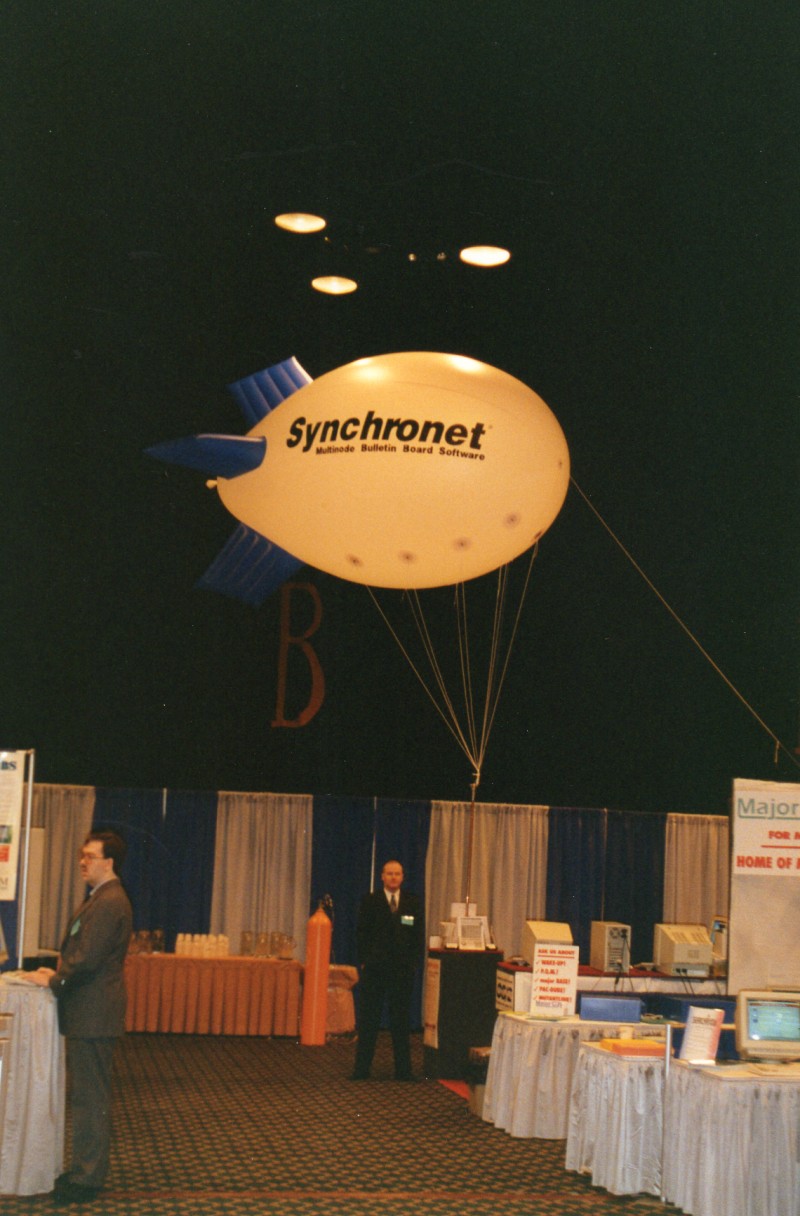 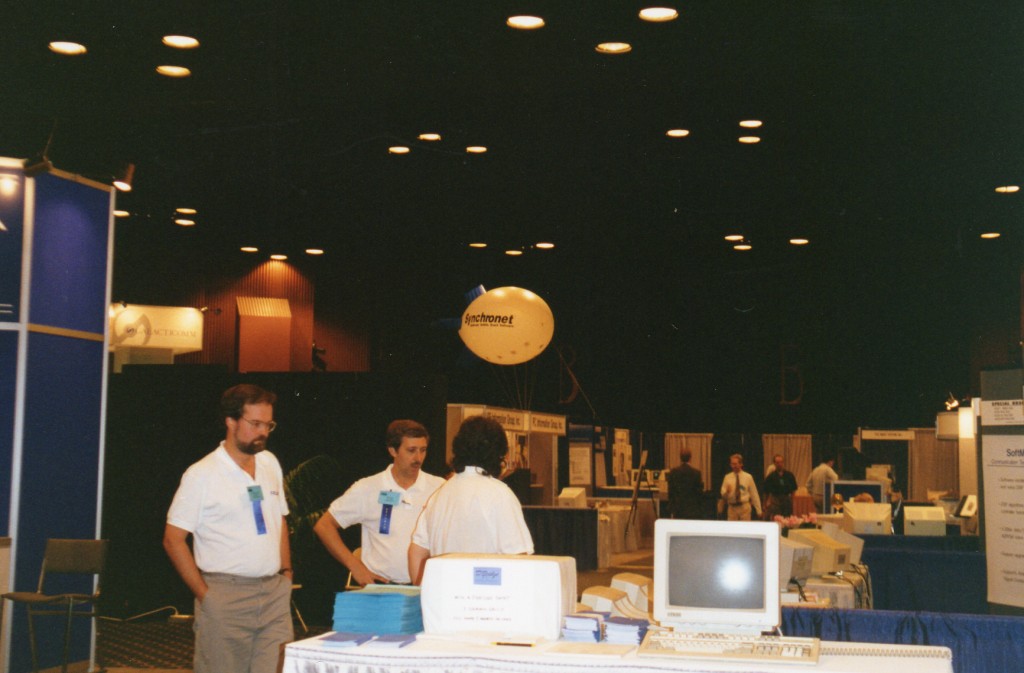 I think we can all agree; this is a very noticable blimp. Â Rob indicated that throughout all the photos and coverage of ONE BBSCON, they never showed the blimp, and that this possibly was intentional. I did not speak to Jack Rickard or Phil Becker about this, but I am sure they have a different opinion about the blimp. Or no memory of the blimp. What I am saying is thatÂ all conflicts should include a blimp.Â

Rob’s museum is excellent. It contains flyers, advertisements, writeups, press releases, photos, and all other sorts of materials related to his years with Digital Dynamics (the company) and Synchronet (the software). Were that all people involved with a product that forthright in coming up with their old stuff!

Rob’s the real deal. Check out the museum and enjoy his history.