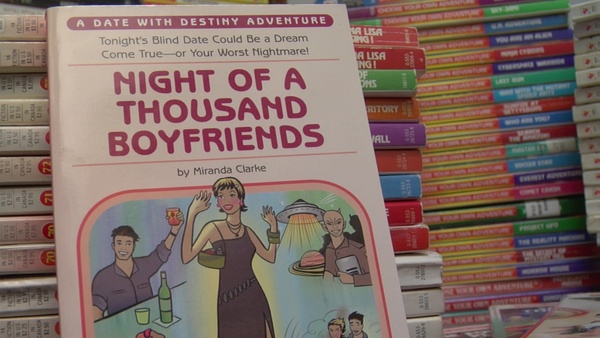 The question I am asked the most, on a nearly daily basis, regards GET LAMP, my text adventure documentary. How is it going? Is it out? Can I buy it? Why haven’t you finished it? Are you still doing it?

Understandable, because the website has remained mum for most of 2008. My fault. It’s one of those unavoidable things that came as a result of how I was going about the production, and should I end up doing another documentary in the future, one I will take steps to fix. For one thing, the place that would hold anything regarding the production in a sort of news/update situation was being basically pulled away by this weblog, but this weblog was hardly proper for general reading by people wanting to know about GET LAMP, what with the profanity and the hatred and the occasional meltdown. And when it came to getting a hold of people, the ball was basically well rolling by mid-2007, so anyone I wanted was being talked to in direct e-mails, so updates weren’t needed there. I’d hoped the photos page on the site would suffice for a “I’m working on it” but then we went from interview to clip phase, and with that, no obvious work shown on the site.

I have finished going through all 120 hours of footage for useful clips.

This is the most dreary aspect of the way I do these documentaries. I listen to an interview and clip out any statements, poses, glances, or spoken ideas that I think might at all have to do with the final work. This can take forever, sometimes upwards of a week for a single interview, working a few hours a day. In the case of this particular setup I was using, the longest issue was having the system copy the newly created clip over to a clip folder, a process that took MUCH longer than I expected because high-definition footage is frigging huge. Ten minutes is four gigabytes. It was just honking large, and that took a lot of time.

I am very loose about what I consider possibly useful for the documentary. I keep a very open set of criteria; basically, you have to be either asking which way to look, or start complaining the mail didn’t get delivered today for me to not at least categorize it and clip it away for later regard.

So the hardest, most drudgery-filled portion of the editing process is done. Having all these clips at my disposal allows me to start piecing together sequences and overlaps and putting together all the things being said. This is where I have fun, a lot of fun. I talked about this portion of time previously and in slightly more fruity language.

This begins now. I’m now working on putting the clips into folders (Infocom discussions need not be piled in the same directory as musings on the nature of puzzles or discussions by people with a doctorate in text adventures), and that’s probably another week or so, and then sequences in very rough form start happening. Eventually I’ll have stuff I’m showing to friends for feedback, and probably a sneak preview or two, and then working even more on the final product. More on that later.

Along with this, the site’s getting a complete do-over. That’ll be happening as well.

So rejoice, ever-present inquisitive types… progress is being made.