On January 19th of this year, I set off to California to participate in a hastily-arranged appearance in a UCLA building to talk about saving climate data in the face of possible administrative switchover. I wore a fun hat, stayed in a nice hotel, and saw an old friend from my MUD days for dinner. The appearance was a lot of smart people doing good work and wanting to continue with it.

While there, I was told my father’s heart surgery, which had some complications, was going to require an extended stay and we were running out of relatives and companions to accompany him. I booked a flight for seven hours after I’d arrive back in New York to go to North Carolina and stay with him. My father has means, so I stayed in a good nearby hotel room. I stayed with him for two and a half weeks, booking ten to sixteen hour days to accompany him through a maze of annoyances, indignities, smart doctors, variant nurses ranging from saints to morons, and generally ensure his continuance.

In the middle of this, I had a non-movable requirement to move the manuals out of Maryland and send them to California. Looking through several possibilities, I settled with: Drive five hours to Maryland from North Carolina, do the work across three days, and drive back to North Carolina. The work in Maryland had a number of people helping me, and involved pallet jacks, forklifts, trucks, and crazy amounts of energy drinks. We got almost all of it, with a third batch ready to go. I drove back the five hours to North Carolina and caught up on all my podcasts.

I stayed with my father another week and change, during which I dented my rental car, and hit another hard limit: I was going to fly to Australia. I also, to my utter horror, realized I was coming down with some sort of cold/flu. I did what I could – stabilized my father’s arrangements, went into the hotel room, put on my favorite comedians in a playlist, turned out the lights, drank 4,000mg of Vitamin C, banged down some orange juice, drank Mucinex, and covered myself in 5 blankets. I woke up 15 hours later in a pool of sweat and feeling like I’d crossed the boundary with that disease. I went back to the hospital to assure my dad was OK (he was), and then prepped for getting back to NY, where I discovered almost every flight for the day was booked due to so many cancelled flights the previous day.

After lots of hand-wringing, I was able to book a very late flight from North Carolina to New York, and stayed there for 5 hours before taking a 25 hour two-segment flight through Dubai to Melbourne.

I landed in Melbourne on Monday the 13th of February, happy that my father was stable back in the US, and prepping for my speech and my other commitments in the area.

On Tuesday I had a heart attack.

We know it happened then, or began to happen, because of the symptoms I started to show – shortness of breath, a feeling of fatigue and an edge of pain that covered my upper body like a jacket. I was fucking annoyed – I felt like I was just super tired and needed some energy, and energy drinks and caffiene weren’t doing the trick.

I met with my hosts for the event I’d do that Saturday, and continued working on my speech.

I attended the conference for that week, did a couple interviews, saw some friends, took some nice tours of preservation departments and discussed copyright with very smart lawyers from the US and Australia.

My heart attack continued, blocking off what turned out to be a quarter of my bloodflow to my heart.

This was annoying me but I didn’t know it was, so according to my fitbit I walked 25 miles, walked up 100 flights of stairs, and maintained hours of exercise to snap out of it, across the week.

I did a keynote for the conference. The next day I hosted a wonderful event for seven hours. I asked for a stool because I said I was having trouble standing comfortably. They gave me one. I took rests during it, just so the DJ could get some good time with the crowds. I was praised for my keeping the crowd jumping and giving it great energy. I’d now had been having a heart attack for four days.

That Sunday, I walked around Geelong, a lovely city near Melbourne, and ate an exquisite meal at Igni, a restaurant whose menu basically has one line to tell you you’ll be eating what they think you should have. Their choices were excellent. Multiple times during the meal, I dozed a little, as I was fatigued. When we got to the tram station, I walked back to the apartment to get some rest. Along the way, I fell to the sidewalk and got up after resting.

I slept off more of the growing fatigue and pain.

The next day I had a second exquisite meal of the trip at Vue Le Monde, a meal that lasted from about 8pm to midnight. My partner Rachel loves good meals and this is one of the finest you can have in the city, and I enjoyed it immensely. It would have been a fine last meal. I’d now had been experiencing a heart attack for about a week.

That night, I had a lot of trouble sleeping. The pain was now a complete jacket of annoyance on my body, and there was no way to rest that didn’t feel awful. I decided medical attention was needed.

The next morning, Rachel and I walked 5 blocks to a clinic, found it was closed, and walked further to the RealCare Health Clinic. I was finding it very hard to walk at this point. Dr. Edward Petrov saw me, gave me some therapy for reflux, found it wasn’t reflux, and got concerned, especially as having my heart checked might cost me something significant. He said he had a cardiologist friend who might help, and he called him, and it was agreed we could come right over.

We took a taxi over to Dr. Georg Leitl’s office. He saw me almost immediately.

He was one of those doctors that only needed to take my blood pressure and check my heart with a stethoscope for 30 seconds before looking at me sadly. We went to his office, and he told me I could not possibly get on the plane I was leaving on in 48 hours. He also said I needed to go to Hospital very quickly, and that I had some things wrong with me that needed attention.

He had his assistants measure my heart and take an ultrasound, wrote something on a notepad, put all the papers in an envelope with the words “SONNY PALMER” on them, and drove me personally over in his car to St. Vincent’s Hospital.

Taking me up to the cardiology department, he put me in the waiting room of the surgery, talked to the front desk, and left. I waited 5 anxious minutes, and then was bought into a room with two doctors, one of whom turned out to be Dr. Sonny Palmer.

Sonny said Georg thought I needed some help, and I’d be checked within a day. I asked if he’d seen the letter with his name on it. He hadn’t. He went and got it.

He came back and said I was going to be operated on in an hour.

He also explained I had a rather blocked artery in need of surgery. Survival rate was very high. Nerve damage from the operation was very unlikely. I did not enjoy phrases like survival and nerve damage, and I realized what might happen very shortly, and what might have happened for the last week.

I went back to the waiting room, where I tweeted what might have been my possible last tweets, left a message for my boss Alexis on the slack channel, hugged Rachel tearfully, and then went into surgery, or potential oblivion.

Obviously, I did not die. The surgery was done with me awake, and involved making a small hole in my right wrist, where Sonny (while blasting Bon Jovi) went in with a catheter, found the blocked artery, installed a 30mm stent, and gave back the blood to the quarter of my heart that was choked off. I listened to instructions on when to talk or when to hold myself still, and I got to watch my beating heart on a very large monitor as it got back its function.

I felt (and feel) legions better, of course – surgery like this rapidly improves life. Fatigue is gone, pain is gone. It was also explained to me what to call this whole event: a major heart attack. I damaged the heart muscle a little, although that bastard was already strong from years of high blood pressure and I’m very young comparatively, so the chances of recovery to the point of maybe even being healthier than before are pretty good. The hospital, St. Vincents, was wonderful – staff, environment, and even the food (incuding curry and afternoon tea) were a delight. My questions were answered, my needs met, and everyone felt like they wanted to be there.

It’s now been 4 days. I was checked out of the hospital yesterday. My stay in Melbourne was extended two weeks, and my hosts (MuseumNext and ACMI) paid for basically all of the additional AirBNB that I’m staying at. I am not cleared to fly until the two weeks is up, and I am now taking six medications. They make my blood thin, lower my blood pressure, cure my kidney stones/gout, and stabilize my heart. I am primarily resting.

I had lost a lot of weight and I was exercising, but my cholesterol was a lot worse than anyone really figured out. The drugs and lifestyle changes will probably help knock that back, and I’m likely to adhere to them, unlike a lot of people, because I’d already been on a whole “life reboot” kick. The path that follows is, in other words, both pretty clear and going to be taken. 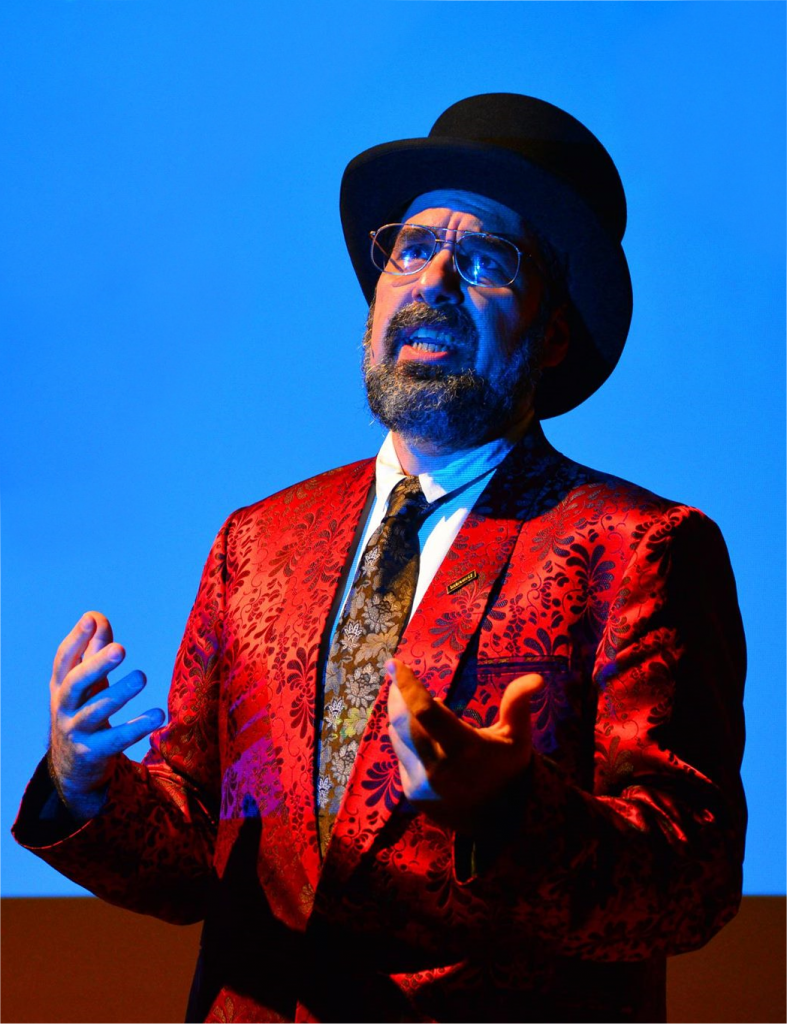 Had I died this week, at the age of 46, I would have left behind a very bright, very distinct and rather varied life story. I’ve been a bunch of things, some positive and negative, and projects I’d started would have lived quite neatly beyond my own timeline. I’d have also left some unfinished business here and there, not to mention a lot of sad folks and some extremely quality-variant eulogies. Thanks to a quirk of the Internet Archive, there’s a little statue of me – maybe it would have gotten some floppy disks piled at its feet.

Regardless, I personally would have been fine on the accomplishment/legacy scale, if not on the first-person/relationships/plans scale. That my Wikipedia entry is going to have a different date on it than February 2017 is both a welcome thing and a moment to reflect.

I now face the Other Half, whatever events and accomplishments and conversations I get to engage in from this moment forward, and that could be anything from a day to 100 years.

Whatever and whenever that will be, the tweet I furiously typed out on cellphone as a desperate last-moment possible-goodbye after nearly a half-century of existence will likely still apply:

“I have had a very fun time. It was enormously enjoyable, I loved it all, and was glad I got to see it.”