Time was, I’d go after the writer of the letter below and woodland creatures halfway across the Earth would look up and then jump in the opposite direction from the blast.

Fact is, I have no time.

He’s wrong, of course, on a bunch of levels. Facts he claims I put in wrong, well, I kinda sat in the living room with the person who did it and asked them for the facts. Choices I made in editing, well, I made those choices with the available footage and according to factors I assure you were valid and my full intention. And regarding giving me “tips” on how to interview people, oh man… if only he’d been there to guide me, over 500 interviews ago. (The rough number is somewhere between 450-550, but give me the 500 number.) If I haven’t learned how to interview people after the first half-kilo, it’s probably not going to sink in. The question of if the writer of the letter has interacted with five hundred real-life people begins to float to the surface…

Oh, and the part where he plays this off as some sort of altruistic act to prevent some sort of terrible, 12 Monkeys future where I produce three shitty documentaries? Ego much? And this coming from a guy with a legendary ego. 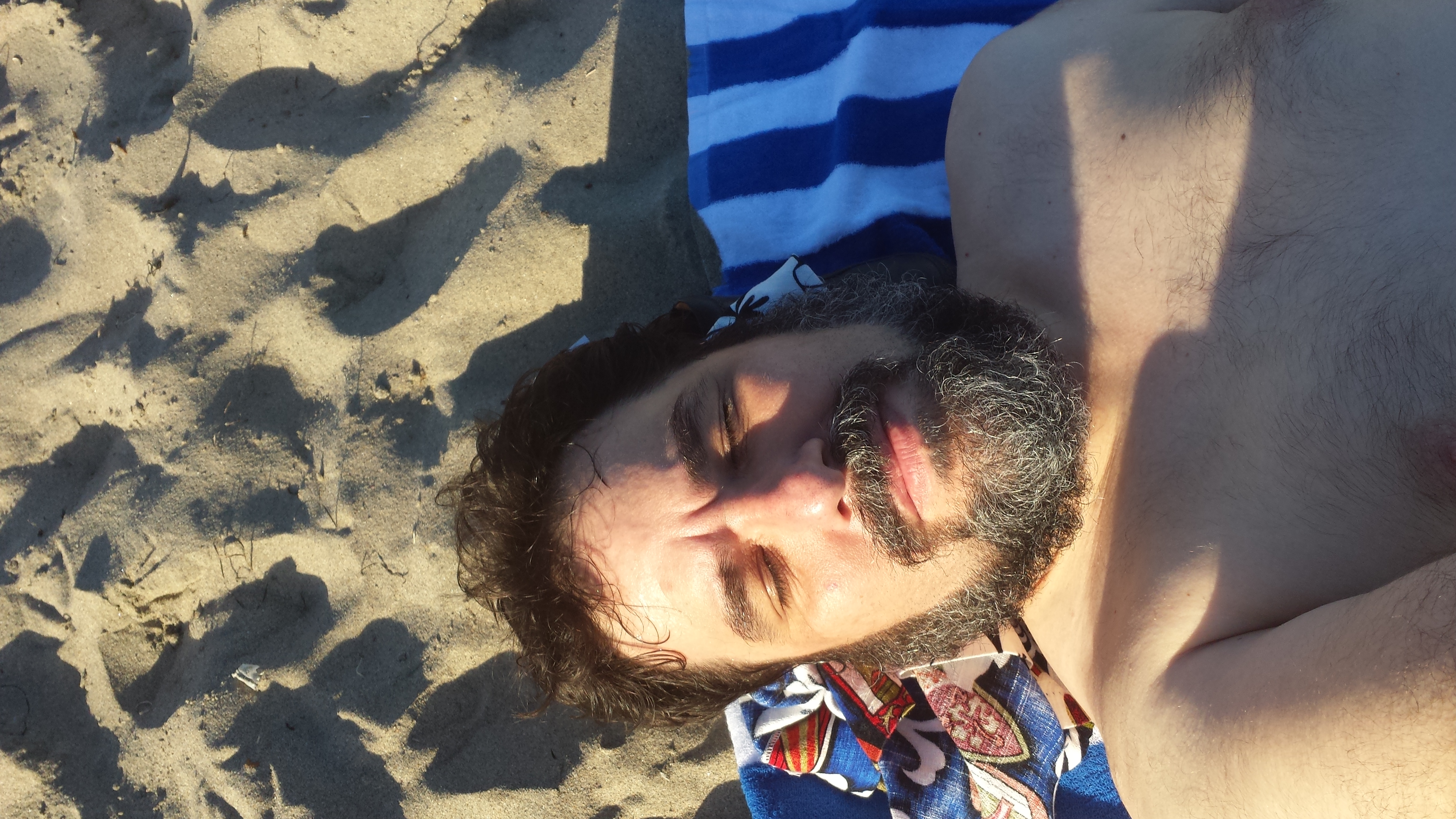 But, as you might guess, this entry really isn’t about the letter.

Time was, I’d spend a good half-day eviscerating this guy. That was a thing I’d do. I am sure there’s a percentage of my audience going “he’s just trying to heellllllp” but I assure you, this is the exact opposite of help. This personality needs and deserves to go face down in the pavement at the first opportunity, before they do real damage to someone who isn’t prepared for this onslaught. Someone who might actually take it seriously, and mess up their voice and their style because someone wakes up and goes “How can I make the work of others be more like the work I imagine I can do.”

But here’s the thing: No time, and too much stuff.

But with the days packed as hard as they are, I can’t spare a half-day. I answered 50 e-mails today, arranged 500gb of downloaded vintage software and started in on several major projects that will take weeks to sort out. Some guy thinks GET LAMP is not up to snuff? What was that? Too busy to stick around and show him what a manhole cover tastes like.

I know a certain percentage of my audience loves when I take someone out, but until the aforementioned three documentaries are done (and they really are likely to be my last full-length movies as a director), my time is spoken for to the minute. It’s just not going to happen.

And maybe that’s the best answer of all.

Just kidding – the best answer is to empty an entire mustard packet into his nose.

The letter in question, sans identifying information. (I have gone soft.)

Took an opportunity to watch your “Get lamp” documentary the other day
and decided to drop you a line. As a matter of fact, my brother
purchased a physical copy from you a few years ago (coin #3325, you
can look up the order), but somehow I never got round to it before.

There are things I liked and didn’t like about the film, and it’s this
what I’d like to relate to you.

It’s always good to capture videos of people notable for accomplishing
essential things which if not change our world to the better, than at
least don’t make it worse. It’s good to save them speak for history,
for generations of people who will admire their work decades and
centuries down the line.

Packaging quality is quite decent and I applaud you for the coin.
Excellent nod of respect to Infocom. I was all eyes and ears whenever
an Infocom person would show up. In particular, it was such a pleasure
to hear Mike Dornbrook tell the story of subverting Steve into IF. I
read it before in numerous interviews, but *seeing* this story told,
especially the way Mike did it, was a very cool surprize.

It’s funny you pasted a photo of TRS-80 Model 1 as Mike relates this
story, since in fact it was an Apple II as far as I know. It’s not the
only factual error I noticed, I think somewhere in the movie a
floating sign said Infocom made over two dozen games (or something
along these lines), whereas the real number runs over three dozens, of
course. I think there was something else, just can’t recall what it
was.

But apart from filming Infocommies, Scott Adams, Don Woods and others
who contributed so much to the art, many of your speaker choices left
me disappointed and wondering why you thought it was a good idea at
all.

See, being an avid IF author or gamer, even to the extent of
dedicating one’s life to the art, is hardly a reason to take space
speaking in a documentary like this. Having something interesting to
say matters much more, but it’s not exactly what counts.

What really matters is a combination of two things: a) having
something interesting to say, be it strong convictions/opinions, or
deep love of the subject, or how IF changed one’s life, you name it
and b) being a very engaging, captivating speaker so that what one
experienced a long time ago in life or feels deep inside is not lost
in communication.

Very few of the subjects you selected for film come close, but those
few who do really had me go through a number of emotions as I was
watching, reliving my own experiences from long ago.

A big part of it has to do with the interviewer, as for many people
it’s not natural to open up emotionally on their own. In particular, I
feel you could have done a much better job in this regard interviewing
Steve Meretzky. A personality with as rich inner world as his, which
shines through the games he wrote, I feel could have said a lot more
and in a much more engaging manner. Don’t take this particular point
as a reproach though, I can well be wrong.

Overall, I think there are better things to do than simply giving
people a stage to speak on general IF topics like puzzles etc.
Making-of’s, while of little value to newcomers and general audience,
are often interesting to watch for people who were deeply involved in
a game, and authors are often willing to relive the experience of game
making and provide details not known before. Well-posed questions are
a very good asset for any documentary; both blitz type and given in
advance, so interviewee can prepare and provide a better perspective
for the camera compared to unswering unprepared.

And as long as you set out to make a documentary about the genre in
general (or at least name it so as the film becomes available), how
come your scope is so narrowly focused to Infocom? Don’t get me wrong,
I do admire their work perhaps as much as you do; they simply played
in a league of their own. But with such a narrow focus, why not name
the film accordingly?

Another thing totally missing from your work is coverage of the
subject per se. No author’s narrative, very few documents, not even a
timeline with major milestones. You deal with a largely historical
topic, and while capturing notable people speak for camera is nice,
there’s so much more to making a documentary than mounting a camera on
a tripod and switching it on in someone’s house.

Not to end on a sour note, I hi-five you for the rap song, the editing
of it, and Steve’s appearance in it. Very cool job indeed!

Overall, much as I appreciate your approach to packaging, the film
left me rather disappointed, I was expecting more from “a documentary
that will tell the story of the creation of these incredible games” —
I’m quoting from getlamp.com/introduction.html.

The reason why I took time to write this down to you is not to vent my
frustration; as I said, several parts of the film made me laugh, while
a few others really made me feel a lump in my throat — and for all
this, for an opportunity to relive my own experiences from times long
forgotten I’m grateful to you.

The reason is, as I found out, you work currently on at least three
more documentaries: 6502, arcades, tape, and while none of the
subjects is not nearly as near and dear to my heart as text
adventures, which I was totally fascinated with*, I sincerely wish you
a better, more professional — and lasting! — job in these and future
endeavours of yours.