UPDATE: This kickstarter hit $20,000, meaning Joey will be working on this new project for a whole year. I can just imagine the possibilities as it matures and gets done.

Over the course of this year I will occasionally push you to kickstarter projects related to things I think are important to Archive Team‘s goals and mission. I’m not as likely to write these for just any project I like – if you want to check THAT sort of thing out, it’s probably a better idea to just follow me on Kickstarter and see what I’m up to. 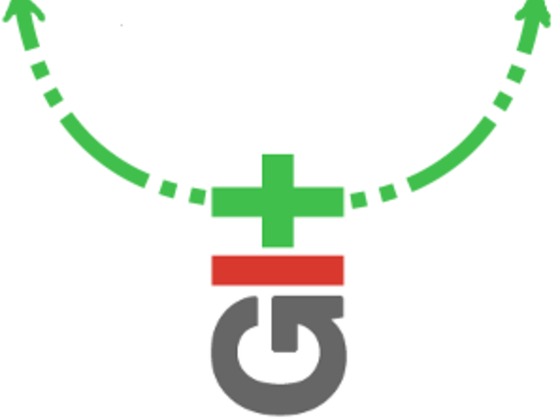 GIT is, at its heart, a version control system, allowing multiple people or entities to work with code and ensure nobody steps on anybody, changes can be reversed, and that progression, rather than mistakes and screaming, are the order of the day. Programmers love git. They love it enough that a site that does nothing but make git respositories public, called GITHUB, is a hugely popular site. But you’re not a programmer, or you work alone and don’t need this. Fine. Stick with me.

Normally, with GIT, you need to “check in” everything you’re coding into a GIT Repository. This is fine when we’re talking about a few dozen or hundred of megabytes of code. But, and we’re making a jump here – GIT isn’t really just for coders and developers. GIT can track any data. And that any data can be photos, videos, music, CD-ROM images, you name it. And with that comes the power of tracking changes, of sharing updates, and of undoing silly things done by others or by yourself. But you really don’t want some poor GIT respository to hold every single point of data being tracked – not when you’re using, say, GITHUB or another public repository unwilling to deal with that level of stuff and preferring to stick to the “keeping track of how it is being handled” job. Well, GIT ANNEX does this very thing – instead of the repository having to keep a copy of, say, every file in all your hard drives, you can instead use GIT ANNEX to say “just keep track of the description of these files” and that’s all it’ll do.

Am I losing you? Keep with it.

I am not a developer, not a programmer. I don’t use GIT at the moment for any of my projects (although plenty of Archive Team members do, and I and many others benefit from its use). What excites me about GIT ANNEX is how it fundamentally tracks the backup and availability of any data you own, and allows you to share data with a large or small audience, ensuring that the data survives.

This is where we get to GIT ANNEX ASSISTANT.

GIT ANNEX ASSISTANT, built on top of these rock solid building blocks that already exist and which are in use around the world, will bridge that last final and critical gap from programmer-nerd-wonkery to next-generation-data-availability for the end user. It will enable you to tell this graphic interface to “just do it”, and ignore all the amazing stuff underneath that’s making sure stuff works for you.

If you’re stuck back on the “woah, hold on, what exactly is GIT ANNEX there, bucko” phase, then feel free to browse around the GIT ANNEX site. Joey Hess has done an amazing job explaining this utility.

But GIT ANNEX ASSISTANT will allow you to use all this cloud technology for what it promises, instead of what it delivers.

Did the dude who wrote Fuck The Cloud just endorse cloud storage?

Well yes, yes I did.

Because GIT ANNEX (and therefore GIT ANNEX ASSISTANT) makes it so that you can make sure your data is on a bunch of clouds, and local storage too, meaning that you don’t have to trust any of those fuckers, including yourself. Fuck the Cloud before it Fucks you! GIT ANNEX ASSISTANT will be tracking things for you, asking you to plug in drives when needed, and retrieving your data.

Oh, but even better. It allows you to declare data in such a way that a bunch of you can share file repositories, not unlike Dropbox or an FTP site, so that everyone gets access to the data, changes are tracked, and so on.

Joey is fantastically cheap. I went over this whole project and his lifestyle with him, and $20k gets him full-time on this project for a full year. He’ll be going through the list and coding up greater platform access, improving GIT ANNEX ASSISTANT to be even easier, and a whole host of related projects. This is a fantastic bargain.

As I write this, he has $13,000 and 11 days to get to his goal. I am endorsing him and telling you this will help the world get away from obfuscated, cheap-ass and unregulated cloud storage, and back to you being in control of your shit without your shit taking control of you.

Here’s a link to the kickstarter page. He has my full endorsement.